NewsPaperthe art of publishing
HomeNewsIt’s hot. Get over it
35

It’s hot. Get over it 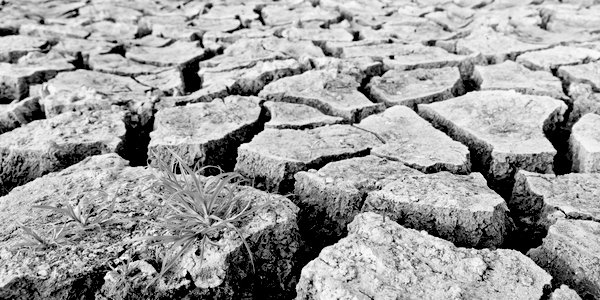 Here we go again. The moaners, the whingers, the wilters and all those people who are always there to say that government needs to be doing more, spending more, are in full voice. It’s too hot. It’s too much. We’re in a state of heatwave emergency. It’s just like Japan. No, it’s not and no, we’re not. We’re having a sustained hot summer and some of us love it.

Earlier this month Sunday Times writer India Knight claimed to ‘love heat passionately’ and referenced the pleasures for her of feeling all ‘languid and dopey and . . . eating figs’, before going on to talk about having ‘to crawl into local shops, exchange exhausted dialogue . . . and slowly buy my provisions’. She then despairs about not having slept properly for weeks or months and suffering from so many insect bites that she’s now trying to get a bit of nightly shut-eye under ‘a huge mosquito net’. She’s even having siestas. Come on, India. You live and work on the Suffolk coast. Get a grip.

The main people who have any justification for complaint are farmers. If you have crops to grow and animals to raise to feed the nation, then you have genuine grounds for concern and unhappiness that there’s been no real rain for months, or since the snow fled back East. It might also be argued that if you are in a business that needs a lot of water, such as garden centres and plant nurseries, then yes, you have cause for anxiety. These worries are rooted in the fundamentals of food and livelihoods. Similarly, those in the water utilities sector whose job it is to keep an eye on supplies can be forgiven for expressing ambivalence about wall-to-wall sun and hoping the end of the heatwave might be in sight. I’m certainly up for a hosepipe ban as soon as. Anyone with a bit of intelligence and sense of social responsibility knows that if it hasn’t rained for three months, then you don’t water the lawn, you get used to it being yellow like everyone else’s. And you wash the car with a bucket and sponge. In my part of the South East, though, some must have their grass green and they won’t put any proper physical effort into getting the dust off the 4 x 4. These are the kind of people who say they’ll stop keeping their lawn looking like a little corner of Tipperary when the water companies mend all their leaks.

The heat-anguished, however, say it is about fundamentals: it’s about safety, it’s about people knowing how they can keep themselves safe. Education, education, education, as somebody once said. Forgive me, but when did we all become quite so stupid that we now need the Met Office or whoever to start telling us how to look after ourselves on hot days? Wear a hat. Righto. Drink water. What, not guzzle lots of those big creamy frothy cappuccino buckets beloved now of all? Keep the house cool. So, don’t put the radiators on? Give me strength.

Perhaps it’s time the government brought back those public information films. They used to advise us on everything from how to get across the road safely to surviving a nuclear attack. I think there was even one about how it was not a good idea to climb inside a fridge when you wanted somewhere to play. They had titles like Say No To Strangers, Amber Gambler, Drinking and Driving Wrecks Lives, and Lonely Water, an especially haunting one with a Donald Pleasence voiceover. Often these were aimed at keeping safe in the long summer holidays children and teenagers who might have been off to climb a pylon for fun or swim in a gravel pit to cool down. What we could do with now, in a time of digitally distracted mass silliness, are ones with titles like Don’t Give Your Four-Year-Old An iPad, You Daft Devil or Selfie Tragedy At The Edge Of A Cliff. As regards the current summer weather, all that is really needed is Don’t Go Out In Your Thick Black Leggings When It’s Hot. The reason that most people are moaning and groaning in hot weather is that they’ve no idea how to dress. And they’re overweight.

Labour MP Mary Creagh has, predictably, called on Government to set up new measures to deal with recurring heatwaves, as a report by the Environment Audit Commission (EAC) claimed that up to 7,000 people in the UK could die each year as a result of the heat. Of course it’s sensible to look to what infrastructure improvements can be put in place to deal with more frequent heatwaves, and the elderly, sick and vulnerable need to be looked after better in hospitals and nursing homes that are hot. That’s a given. As for relaxing dress codes, aren’t they relaxed already? Or are we talking about everybody in shorts and flip flops?

Just a thought though. Heat seems to have become a middle-class issue now that we’re supposedly all middle-class and everyone works in some sort of office. Those who labour outdoors to earn a living have always been at the mercy of the elements, whether with the hot sun on their backs on building sites or on roads or on farms, or with the biting rain in their faces. These are jobs pretty much still done by men. These are jobs with heavy lifting that bring backache and calluses as well as sunburn; there’s no shelter, no sitting down, no water cooler, just a need to get on with it and get the job done. Most people, and certainly women, would rather not do these jobs and it’s easy to see why.

One of the things the Met Office told us to do the other day was to stay out of the sun between 11am and 3pm. That was just plain annoying. I made sure the temperature, according to one of the good things my phone does, had hit 29C and I set off at 2pm for a three-mile run. I had a headache a few hours later, of course, even though I’d taken water and worn a hat. I will do the same thing again, however, every time the Met Office says such a thing. If it turns out to be the end of me, then I will take full responsibility. Wherever I may be.

In the meantime, India, just a quick point on ‘Why am I not thinner?’ given that it’s ‘absolutely too hot to eat’. It’s simple. It’s because you’re eating late and you’ve stopped moving.