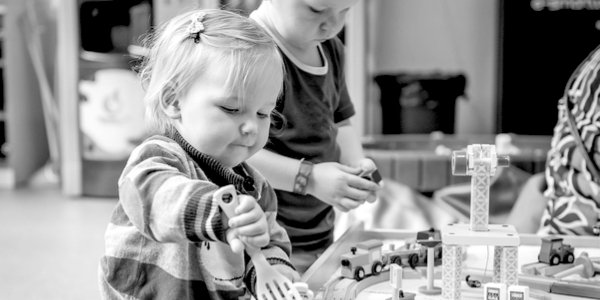 I could have written it myself. In her foreword for a report from the Institute of Fiscal Studies about spending on children’s services, Children’s Commissioner Anne Longfield said this:

‘Children do not arrive in extreme need overnight and many could be prevented from getting to that point if we helped them sooner in a more effective way.

‘The economic and social costs are unsustainable. The cost to the state will ultimately be greater, but it is the lifetime cost to these children which we should be most troubled by. They only have one childhood, one chance to grow up.

‘Already we see the costs of helping children later in life, or of allowing greater numbers to become marginalised – in the current pressures on family courts, special schools and the care system; in spiralling numbers of school exclusions and the consequent increase in younger and younger children linked to violent street gangs.’

Her analysis of the problem is spot on. If we don’t have a policy to prevent children arriving in need, then we can expect them and us to face consequences that stretch over a lifetime.

However her solution is where we part company. She points the finger firmly at an 11 per cent real terms cut to children services that includes a ’60 per cent cut to Surestart and other preventive services’.

Now I happen to know a bit about Surestart, having run my Let’s Stick Together relationship programme for new parents hundreds of times in NHS and Surestart centres around Bristol between 2006 and 2012. The staff were invariably excellent, enthusiastic and concerned. And the parents who went there clearly enjoyed the experience.

Lack of large-scale take-up by new parents is one very obvious reason. Whereas the very popular NHS ante-natal programmes fed seamlessly into NHS post-natal programmes, the feed into Surestart – run by the Department for Education – was much less clear. Faced with the prospect of taking your brand new baby to a new venue, finding it, working out how to park or walk there, not being sure of meeting times, and having to deal with unfamiliar new faces, it is not surprising that take-up has always been poor.

To illustrate this, I could repeat my Let’s Stick Together programme for a different group of mostly new mums every six weeks in a typical NHS post-natal clinic. In Surestart centres, I could only ever come back every six to twelve months, otherwise we would get the same mothers.

This is ultimately why Surestart has failed. Even if the staff are wonderful, there has been a lack of focus on genuinely preventive programmes because of the slow churn of parents. At the moment mums tend to stay for six to nine months. But imagine if they had so much demand that mums could attend only for a set parenting programme lasting six to nine weeks. Then Surestart centres would have no choice but to rotate new intakes and organise a much clearer short programme.

Actually, if Anne Longfield wanted Surestart to have a chance of being effective, she could lobby for all NHS ante-natal services to be integrated into Surestart in the same venue. To be fair, this does happen in some cases. If Surestart had a much larger throughput, then centres would have to become programme-focused and not coffee- and chat-focused.

In the end, Surestart doesn’t work because it is a glorified mums and toddlers coffee shop. Parents like it. But children don’t benefit.

The government’s much-hyped Troubled Families Programme for the most needy families has also fallen foul of its official evaluation. ‘No evidence of any significant impact on key objectives’, ran the headline.

So what the Children’s Commissioner calls ‘Surestart and other preventive services’ are neither preventive nor effective. I won’t be crying at their demise.

It’s no good simply pointing the finger at ‘cuts’. It’s not cuts that put children in care. It’s family breakdown and family dysfunction.