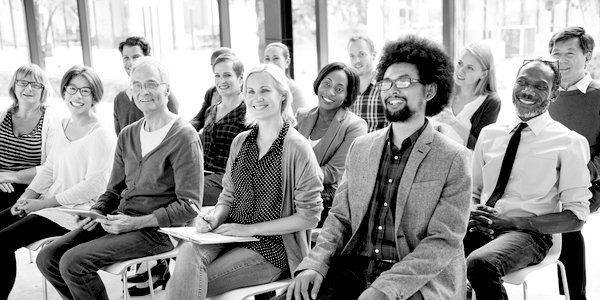 WHEN Boris Johnson left hospital after his bout of Covid-19, he gave heartfelt thanks to the medical professionals who looked after him. These included Jenny from New Zealand and Luis from Portugal, immigrants who are part of the vast international workforce that keeps the NHS running. This task is made easier if the doctors, nurses and workers share a language.

As with the NHS, so with society. With mass immigration, a common language is imperative for successful integration, and English-language skills should lie at the heart of the UK immigration system. Without it, we risk becoming further fractured as a society. The fact that nearly a million people in Britain can’t speak English is a by-product of a failed immigration system and the lack of a robust plan for integration.

On an episode of Question Time in the aftermath of the Brexit referendum, New Statesman writer Laurie Penny upbraided a male primary school teacher who was concerned about the challenges posed by mass immigration. He was particularly troubled about English being a second language of many migrant parents. This made it difficult to communicate with them, making his job harder to do. Of course, having the temerity to raise this issue was enough for Penny to imply this man was a bigot who hated immigrants. Never mind that the problem raised is a perfectly legitimate cause for concern.

When the government of David Cameron said that teaching English to Muslim women, particularly those of Pakistani and Bangladeshi origin, was a priority to encourage integration, this was taken as a sign of racism and Islamophobia from the hateful Tories. Ignore the fact that around 22 per cent of Muslim women in Britain speak little or no English (for Muslim men it is 10 per cent). This goal was unfairly caricatured as an example of the paternalistic Tories treating brown women as less human than themselves.

Moving back to the NHS, there are similar problems with language. According to FullFact, 20 per cent of clinical staff and 28 per cent of doctors in the NHS in England are foreign nationals. The majority of doctors struck off are trained abroad and lack of competence in English is given as one of the reasons.

As a result of my rare genetic skin condition, I rely on the NHS to keep me alive. However, let’s not sanctify it beyond criticism. I know from experience how challenging it can be dealing with the NHS when English is a second language for a notable portion of its staff.

Whether it’s speaking on the phone to administrative staff or in person to clinical workers, language difficulties can make things much harder than they need to be. This situation also applies to care at home, with carers from abroad sometimes having difficulty understanding instructions. It is not a matter of race, since many carers are from Eastern Europe. Given the complex nature of my condition and the consequences of getting things wrong, the risk posed by language problems takes on a more existential feel that reduces my patience with those who smear these concerns as evidence of racism.

Those on the Left who sneer at their supposed inferiors over the costs of mass immigration and increased diversity reveal how fortunate they are. Those who wail about the ‘white privilege’ of working-class northerners in post-industrial wastelands, reveal their own very real privilege when they claim those worried about language difference and communication difficulties are xenophobes. They’ve obviously never come up against the hard edges of the diversity they extol but never really experience in its full, flawed form.

The dismissal of the efforts to improve the English of British Muslim women reveals the cruelty behind Leftist ‘compassion’. These women will be left behind an incomprehensible wall of sound, unable to reach out beyond the confines of their community. In preaching tolerance, the Left practises a neo-colonial division that leads to isolation and prevents integration. The women abandoned in this way are trapped in a ghetto of the mind. Tolerance is revealed as neglect.

Going forward, if the UK Government is serious about ‘one nation conservatism’, it must encourage one shared language. Translation services should be curtailed. Language tests for British citizenship should be more rigorous. Finally, there should be a commitment to increase the provision of English lessons in local communities.

Only then will we start to feel part of a common culture.

Henry George
Henry George is a freelance writer, focusing on politics and current affairs from a post-liberal perspective. He has an MA in war studies from King’s College London. He tweets at @intothefuture45