NewsPaperthe art of publishing
HomeNewsIt’s the rest of us who need to learn from Northern Ireland...
0 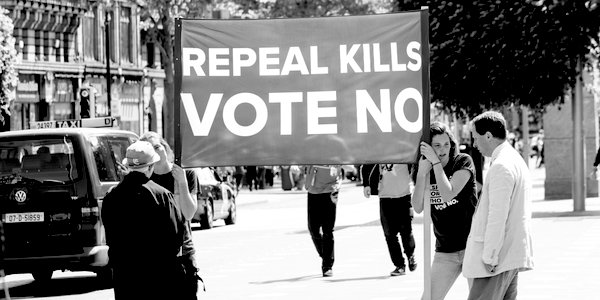 Of course, some MPs at Westminster have joined in. Led by Labour MP Stella Creasy but including members from all parties, they believe that a woman’s right to abortion trumps any constitutional principles that might be in play. Never mind that abortion is a devolved issue for the Northern Ireland Assembly. Never mind that there was a debate in the Assembly in 2016 and MLAs voted to keep the current abortion laws. Never mind that in 2017 there was an election in which abortion was a central issue and people still voted for pro-life MLAs. The real problem is that the Westminster establishment does not like the fact that NI has tougher abortion laws. As such, they are willing to try to perform constitutional gymnastics to force through a change.

As Fiona Bruce MP has pointed out, what Stella Creasy and others really want is full decriminalisation. They want abortion until birth in any situation and for any reason. For some time now, pro-abortion groups have been gearing up for a radical attempt to further liberalise our abortion laws because, staggeringly, they think our laws are still not liberal enough.

The idea seems to be that when it comes to abortion, Great Britain has something to teach NI. This is clear evidence of what Lord Alton called a ‘mutant liberalism’. It is both self-righteous and wrong. It is based on the entirely false premise that when it comes to babies in the womb we on the mainland are morally superior to our friends over the sea.

But this is just not true. When you stop and examine the evidence a strikingly different picture emerges. Robust research by the campaign group Both Lives Matter in Northern Ireland has shown that because NI did not adopt the 1967 Act, there are 100,000 extra people alive in the Province today. That’s roughly five per cent of the population who would not have been born had the ’67 Act been applied. How pro-abortion activists must resent this inconvenient truth.

In contrast, the most recent statistics for England, Wales and Scotland show that on the mainland abortion levels continue to rise. For 2017, there were 194,688 abortions in England and Wales, an increase of 2.3 per cent since 2016. Ninety-eight per cent of abortions were funded by the NHS and 98 per cent were done under Ground C, which essentially allows abortion on demand for social reasons. Of those women who had an abortion, 73,582 had previously had at least one, which is a seven per cent increase since 2007. Of these, 1,648 women had previously had four or more previous abortions. In Scotland, the number of abortions was 12,212, a five-year high.

What would happen if Stella Creasy and the pro-abortion lobby got their way? More lives lost and more mothers experiencing the trauma so often associated with abortion. With the astonishing advances we’re seen in embryology, it is clearer and clearer just how outdated our current abortion laws are. We have a 24-week time-period which is double the EU average. This limit extends beyond the point at which premature babies have been known to survive outside the womb. Under current abortion legislation we already have abortion up to birth when it comes to children with a serious handicap. Our current law might say that those seeking an abortion must persuade a doctor that continuing with the pregnancy would be bad for their mental health, but the reality is the law has been interpreted so liberally that we effectively already have abortion on demand up to 24 weeks. The case for reviewing and lowering the time limits is overwhelming.

In Northern Ireland, there are people alive today precisely because the Province did not follow the example of Great Britain. Meanwhile in GB nine million babies have been aborted since 1967. So who needs to learn from whom? Stella Creasy and others want to make this a debate about women’s rights while, as usual, the rights of the unborn baby are ignored. In Great Britain, this has been going on for decades. I don’t think Northern Ireland has anything to learn from abortion practice in GB. In fact, it’s entirely the other way around.