It’s time for you Tory Brexiteers to grow up 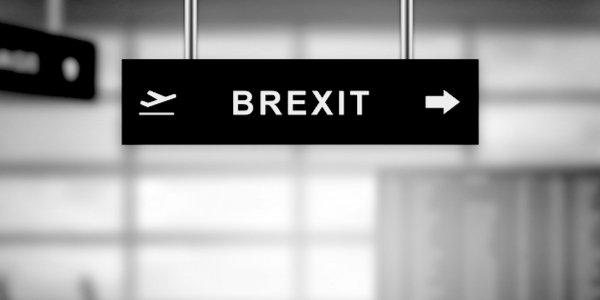 It’s just over a year now since we published Michael St George’s warning that the Brexit Movement must re-constitute itself, and fight the Brexit battle all over again, if the referendum result were not to be betrayed. He was right, and it hasn’t (yet). Which is why we are republishing his prophetic article in full today.

The sad fact is that the Brexiteers (many from the original Vote Leave campaign) have continued to make one catastrophic error after another. That they were divided and jealous from the start didn’t help, nor did their belief that the Referendum result meant job done and they could pack up, go home and just carp from behind the scenes as they saw it all go pear-shaped, when they should have been working together on a road map for the clean Brexit that the people voted for. That this itself allowed the ‘remainer’ May to ’implement’ Brexit has proved catastrophic. So, too, has the startling naivety of many of these long-term Euro-sceptics in thinking that the EU, for whom Brexit is indeed an existential crisis, would ever agree to anything other than a punishment beating for our defiance. Which is what of course the Withdrawal Agreement is, however much Mrs May so brazenly spins and sugar-coats it.

The time is very much overdue for a reconstituted Leave campaign, but it is still not too late. Tory MPs and the party’s veteran Euro-sceptics have one last chance to redeem themselves and save the country, before they find themselves for ever on history’s Wall of Shame.

First, together they need publicly to repudiate the Withdrawal Agreement outright, (they can no longer kid themselves there is any room for negotiation or that the self-declared intransigent Mrs May has any intention of budging) and together announce unequivocally that they WILL vote against it. They need to stop waffling (savaging a dead sheep is what I’d call this) and explain in language that resonates – that this is a divorce that no sane couple would agree to for example –  the terrible straight-jacket the Prime Minister would tie her country in. The public need to hear their deep dismay that any British Prime Minister  knowingly, in a legally unprecedented move, would lock the country into an agreement with no way out.

Second, together they must start promoting a No-Deal (or WTO deal) fast. For, as Melanie Phillips explains,

‘The result of their farcical havering over whether or not to bring down the Prime Minister has allowed two potentially disastrous things to happen.

‘Rather than being seen correctly as someone who is about to betray the people and sign the death warrant for national self-government, Mrs May is now being viewed sympathetically as doggedly carrying on in the face of bullying by both her fellow Tory MPs and the EU’s negotiators.

‘And while the Brexiteers have been marching themselves up the hill and down again over Mrs May, they have allowed the view that no-deal would be a disaster to go unchallenged.

‘In fact, the only realistic way in which the UK will be able to leave the EU is through no-deal. Yet the majority in parliament – and possibly in the country – are so thoroughly spooked by no-deal they oppose it. But there are good, cogent, evidence-based arguments why no-deal would not be a disaster but would be entirely manageable.’.

OK, there may be some loss of face – David Davis might have to finally acknowledge that Canada Plus isn’t happening. IDS may have to accept that his former position of party leader holds no sway with May and that all she’s done is use him and run rings around all of them.

That is the truth of it, unless they want Mrs May taking them for fools through or even beyond the next election, it’s time to abandon their illusions and face the truth. Which is this: the only deals in town are her dreadful deal, or a No-Deal.  Making the public case for for the latter – a No-Deal that never was anything to fear – is now, as Melanie writes, ‘a matter of the utmost urgency’. And the case for it needs to be made ‘as loudly and thoroughly as possible’.

David Davis, Dominic Raab, Boris Johnson, Iain Duncan Smith, John Redwood, Bernard Jenkin and Co have a very short time to step up to the plate – they really are in the last chance saloon for Brexit and electorally – and demonstrate for once in their political lives they can transcend ego, do this and act as a team. And, instead of forever testing the wind to see which way power in the party is blowing, put their country before their party.

If there was truly a time for them to grow up, it is now.