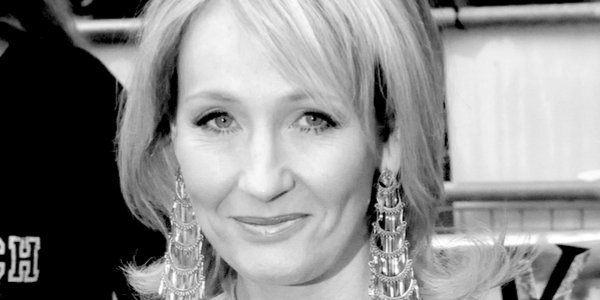 PERHAPS I have more sympathy with J K Rowling than I thought last week when I wrote about the travails she and the Irish comedy writer Graham Linehan have suffered for saying that women are not men.

For pointing out this elementary biological fact she has now been equated with the paedophile sculptor Eric Gill (whose Prospero and Ariel, on the exterior of Broadcasting House, the BBC’s central London headquarters, was recently vandalised in a protest), R Kelly, a former rap singer who has been convicted of, among other things, child sexual exploitation, kidnapping and bribery, and, oh yeah, Adolf Hitler.

This occurred during an edition of BBC Radio 4’s perennial Left-wing talking shop of culture, Front Row. The issue was art and morality and the presenter of the programme was one Tom Sutcliffe. The question was whether it is morally permissible to enjoy the work of artists of whom we disapprove. It was tied in with a new book on the subject, Drawing the Line, by a millennial American academic called Erich Hatala Matthes.

According to a review of Matthes’s book in the Times, the author was a fan of Woody Allen’s film Love and Death until allegations that Allen molested his seven-year-old daughter surfaced. The Times says Matthes now feels ‘confusion, anger and betrayal’. The last time I looked, Allen had not been convicted of anything and an investigation by experts rejected the claims. He was never charged in law with anything. But in my experience, millennials feel ‘confused and angry’ at the drop of a hat.

A discussion between Sutcliffe and Matthes ranged around the relation between an artist’s behaviour and his work; in the case of Gill, who sexually abused his own daughters, Matthes at first took a sensible line, saying an artist’s personal morality and his work are not necessarily indivisibly linked – until Sutcliffe pointed out that the sculpture contains a naked child, Ariel, between the knees of an old man, Prospero, which brought Matthes up short. Evidently he had been briefed on the essential facts of the Gill case without knowing the content of the artwork. This clearly changes the way anyone who knows about the Gill case will see the sculpture. The sensible answer would be to say that the sculpture is very good but now history has given it an added layer of unpleasant irony, which ultimately would reduce the sane person’s pleasure in looking at it. History can do that to objects. Matthes, like academics do, used five words for every one necessary, and ended up stating the obvious.

Sensibly, he pointed out that it can be a mistake to make judgments about artists’ personal behaviour and outlook from looking at their works. He used Hitler’s insipid paintings as an example. ‘You can’t imagine a bigger moral monster than Hitler,’ he adds. Evidently, talk of the Austrian dictator put Sutcliffe’s mind on to Rowling, for he then asked whether there was a philosophical distinction between artists who have committed actual crimes and artists who hold unpopular opinions. Referencing Matthes’s book, Sutcliffe went on, my italics: ‘You bring up the case of J K Rowling, who clearly has a very unpopular opinion regarding gender identity, and as a consequence of that faced severe and serious criticism.’

Twitter verbal gang-beatings, the rage of transgender militants and a few celebrities scattering to avoid guilt-by-association is not, to my mind, evidence of what Sutcliffe calls serious criticism. Indeed it is not even a basis for saying that Rowling’s opinions are ‘clearly’ very unpopular, but that kind of easy segue between talking about one of history’s most destructive politicians and someone who holds an opinion that makes the radical middle classes cross is how the BBC, and Left-liberal thinking generally, operates now. You disagree with us? You’re going straight to Islington Hell. To his credit, Matthes asserted to the effect that of course there is an important distinction between criminal maniacs and people who hold views that would now not find house room in the Guardian.

Even if we give Front Row the benefit of the doubt on this occasion, that perhaps what looked like a snide attempt to bring Rowling’s reputation into the stinking orbit of Hitler and sex abusers was a mere accident, it still shows extraordinary editorial carelessness and lack of judgment in a lavishly-funded (by us) national institution. But the Beeb does just what it likes, and everyone else can get lost.

What is the answer to Sutcliffe’s question? There was a lot of waffle on the show about art and the morality of the artist. I see it like this: Lord Byron’s behaviour earned him the prefix ‘bad’ but it hasn’t prevented him from being rightly regarded as one of the best poets in the language (though I am sure this status will, or has been already, changed thanks to the cultural revolution in the West). Woke revisionism aside, even if more more damaging revelations appeared about his life at this late date it would not, could not, reduce the brilliance of the rhymes and wit in Don Juan, it would merely add another layer of nuance.

George Orwell, in his fine 1944 essay Benefit of Clergy: Some Notes on Salvador Dali, among many penetrating observations on art and morality, says: ‘One ought to be able to hold in one’s head simultaneously the two facts that Dali is a good draughtsman and a disgusting human being. The one does not invalidate or, in a sense, affect the other.’

Be that as it may, this little chapter in the BBC’s history of neo-Marxist bias shows that if a Labour-supporting feminist such as Rowling can end up being casually placed in the gulag of received opinion, no one is safe.