Jabs for kids and the impossibility of informed consent

‘THEY’RE coming after the children next’: these were the words of a Northern Ireland GP, Anne McCloskey, on a video she posted on social media a couple of weeks ago, much shared until predictably deleted from YouTube and Twitter; words which, amongst others, have led to her being ‘suspended’ by the Northern Ireland Health and Social Care Board pending a ‘full investigation’, due to there being ‘no evidence to support Dr McCloskey’s comments’.

It hasn’t taken long for the truth of Anne’s words to be revealed.

Although the Government’s own independent vaccination advice body, the Joint Committee on Vaccination and Immunisation, advised as recently as July 15that  ‘the JCVI’s view is that the minimal (my emphasis) health benefits of offering universal COVID-19 vaccination to children do not outweigh the potential risks’, that selfsame body performed a spectacular volte-face a mere couple of weeks later to advise that all 16- and 17-year-olds should receive a first dose of the Pfizer-BioNTech vaccine.

In tendering this advice they were unusually frank about the precise risks, as they saw them, for young people, especially young men. They characterised these risks as potential ‘serious side effects’ which include myocarditis (inflammation of the heart muscle) and pericarditis (inflammation of the membrane around the heart), with data from the US reporting ‘67 cases of myocarditis per million after the second dose’. Although stating again that ‘Covid-19 is usually mild in younger people’ and that it is therefore ‘important to weigh up the benefits of any vaccine against the possible, although extremely rare, side effects’, the JCVI signally failed to do so in this statement. The simple arithmetic of Covid-19 fatally affecting approximately one in every 1.7million children compared with myocarditis affecting 9.8 in every million males aged 12 to 17 after receiving their first dose of the Pfizer-BioNTech jab seems to have eluded them.

Such an egregious reversal of a clearly set out and principled opposition to mass vaccination of young people within such a short time suggests that the heavily covered (in the legacy MSM) tussle between Government and the JCVI over whether to extend the mass vaccination programme to all children over the age of 12 and last Friday’s apparent refusal by the JCVI to recommend mass vaccination of 12- to 15-year-olds are merely stage-managed ploys to make us believe that some deep ethical and societal debate is taking place. Judiciously leaked comments before Friday from Government about its ‘frustration‘ and the description of the JCVI as a ‘black box‘ in which ‘no one knows what’s going on‘ were so many will-o’-the-wisps. It is surely no coincidence that one of the most outspoken opponents of the mass vaccination of young people amongst the membership of the JCVI, Robert Dingwall, was recently ‘axed’ from the body. Indeed, according to a Guardian report dated August 7, ‘the JCVI has moved to ‘refresh’ the membership of its Covid subcommittee in recent weeks‘.

The JCVI is clearly thoroughly compromised. Friday’s statement that the ‘margin of benefit’ of jabbing 12- to 15-year-olds is ‘considered too small’ was in reality a Pontius Pilate-style washing of hands with its express invitation to the Home Secretary to seek further advice. The JCVI is salving what remains of its conscience and is inviting the Government to do its dirty work forit. Therefore Dr Anne McCloskey isright: they are ‘coming after the children next’. Indeed, the Times reported on Saturday, one day after the JCVI’s apparent refusal, that ‘ministers are reported to be confident the medical officers will give swift backing to the mass immunisation programme . . . it could begin as early as next week’.

As if to clarify their malice aforethought, our Government had until Friday gone out of their way to make it known that they had decided in advance that children of 12 and up are ‘Gillick competent’. What this means, quite simply, is that the sole force which stands between our children and a state which is determined to inject them with what Dr McCloskey has rightly called an ‘unlicensed’ vaccine – i.e. parents – was to be pushed out of the way. Briefings to the Times last Friday to the effect that written consent from parents will be sought after all are just words. The Government simply cannot be trusted.

The 1985 case of Gillick v West Norfolk and Wisbech Area Health Authoritywas without doubt a great victory for the modern liberal state against the traditional notion that children belong to their families rather than the state. Victoria Gillick lost on the substantive issue of whether her teenage daughter could be lawfully prescribed contraception by the family GP without the consent of her parents being sought. A consolation of the ruling, however, was that such bypassing of parental consent to medical procedures for children under 16 could be lawful only in specific circumstances when, as Lord Scarman put it, ‘the child achieves sufficient understanding and intelligence to understand fully what is proposed’. A gratifying and very recent upholding of this ruling occurred in the Bell v Tavistock case, when the High Court decided that it must essentially be true in nearly all cases, a priori, that a child under the age of 16 could not understand fully the implications of receiving puberty blockers.

How children could fully understand the implications of receiving an unlicensed vaccine which, according to the JCVI itself, has the potential for ‘serious side effects’ and the safety trials of which are not due to conclude until 2023, is a question which the courts could surely only but answer in the same way as they did in Bell v Tavistock.

We need to take this government to court. Even if they stick to their new word and children under 16 are no longer classed as ‘Gillick competent’ in relation to receiving the Covid vaccines, the fight needs to move on to the general question of ‘informed consent‘, based upon the Montgomery case, which is detailed here. In the absence of full clinical trials and the suppression and non-investigation of adverse symptoms, ‘informed consent’ is simply an impossibility. This was one of Dr Anne McCloskey’s central points in that suppressed video, and doubtless her real crime.

We read today that Nadhim Zahawi is ALREADY rowing back on last Friday’s briefings to the Times about the need for written consent and that children deemed ‘Gillick competent’ will be able override their parents. https://www.theguardian.com/society/2021/sep/05/vaccine-passports-to-be-required-for-nightclubs-and-mass-events-in-england

Share
Facebook
Twitter
WhatsApp
Email
Previous articleThe nudgers are still hard at work
Next articleParents, prepare if you want to protect your child from the State’s needle 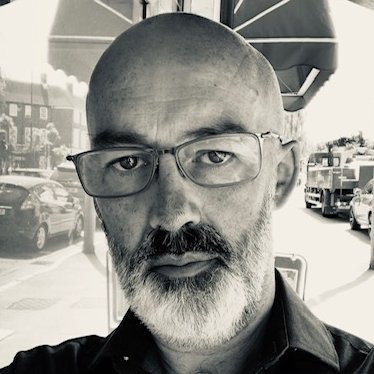