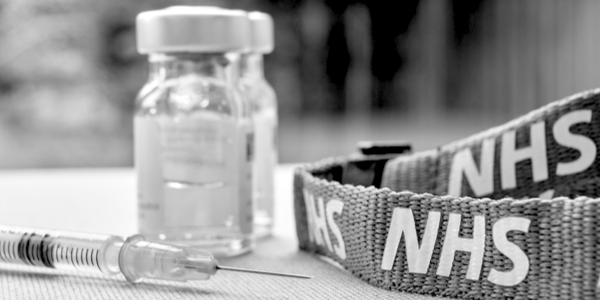 WHEN the NHS suspended GP Dr Sam White without pay for daring to question the Covid narrative, they thought he would meekly disappear. Thankfully he didn’t, because the lack of debate from doctors over draconian measures the country has endured unnecessarily has been deafening. Instead, he took legal advice and his solicitor fired off a 23-page letter to the chief executive of the NHS, Sir Simon Stevens.

The colour must have drained from Stevens’s face when he opened it, even more so now as it has been made public and read over a million times. It began: ‘Please treat this letter as a public interest disclosure or whistle blow in that it raises allegations of alleged criminal conduct and breach of legal obligations by those leading the Covid response.’

It was Dr White’s viral resignation video that had angered health service chiefs. He described how he had quit as a partner from his Hampshire general practice because of the harm Covid measures were causing. He was also being prevented from using readily available effective treatments for Covid patients and he could see the toll that isolation was taking on the elderly and vulnerable. He was distraught at the thought that children would be vaccinated for a disease from which they are not at risk, whereas the experimental vaccines could cause them catastrophic damage.

All licensed doctors have a revalidation process conducted every five years either by their employer, their contracted health authority or by their governing body the General Medical Council (GMC). This is to ensure they are fit to practise and to prevent rogue doctors, such as serial killer Harold Shipman, slipping under the radar. Dr White had already passed his revalidation by the GMC without comment in December 2020, where he raised his concerns about masks, not being able to prescribe safe and effective drugs and the inaccurate PCR test. He was reassessed in April after his video made the same points, and passed again. After it went viral, however, clocking up over a million views, he was suspended in June. The NHS had had enough and the same doctor who revalidated him effectively sacked him.

Dr White’s legal letter issued by the pjhlaw legal firm accuses HM Government, the executive board of the NHS, Sage, senior members of the civil service and the executive board of the Medicines Healthcare products Regulatory Agency (MHRA) of breaching common law (derived from hundreds of years of precedent rather than recent statute) obligations, and the seven Nolan principles governing public life. The most important of these is Selflessness, meaning that decisions should be taken solely in the public interest and not for financial gain. As we have seen nine billionaires created thanks to the pandemic, alongside millions of reports worldwide of death and injury post-vaccination for a disease with a 99.7 per cent recovery rate, I think it’s safe to say they’ve trampled all over Nolan.

One of Dr White’s main complaints is that the public were not given proper informed consent before vaccination. In the pop-up vaccination hubs set up in car parks, churches and cinemas, they were not asked about their medical history. This meant if there were contra-indications to receiving the vaccine, the vaccinator did not know the jab should not be given and the vaccinated had no clue they could suffer a serious, life-changing adverse event.

‘Bill Gates and his charitable foundation are significant investors in Moderna. Many of those presenting the information to the public are associated with or employed directly or indirectly by organisations who have been financially funded by the Gates Foundation. The MHRA, the UK regulatory body approving the vaccines, has itself been funded [£1million donation] by the Gates Foundation.’

The letter goes on to cover the unreliability of the PCR tests which are being abandoned by the US Centers for Disease Control (CDC) in December; the fact that in most fatalities patients died ‘with’ Covid rather than ‘of’ Covid; the coercive introduction of vaccine passports for travel and work, and the unnecessary use of face masks.

The NHS has offloaded Dr White’s case to the GMC, who say they have had 18 complaints from unnamed doctors offended by his resignation video, but as usual in all cases of doctors subjected to a witch hunt because they questioned the narrative, none is from a patient.

Dr White said: ‘I have received 155 pages of complaints, which is quite distressing and upsetting, and they are just downright untrue. There is one complainant alleging I used the C-word when talking about a patient, which is something I never would have done.’

The professional standards department of NHS England and NHS Improvement are struggling to find concrete evidence for his alleged misdemeanours. About the only one they can prove is that he did not wear a face mask when walking around his GP surgery (although he wore one to consult with patients) and did not advise his elderly patients to wear them because they found them distressing. Departing from NHS directives is considered unacceptable and to them, raises serious concerns regarding Dr White’s fitness to practise. Forget the fact that it’s been reported widely that face masks can do more harm than good and are nothing more than theatre.

Incidentally, coming back to Dr Harold Shipman, who murdered more than 250 patients, he was not suspended without pay. Shipman, who was arrested in 1998, kept his c£70,000 salary from West Pennine health authority even after he was convicted and jailed for killing 15 patients. He didn’t lose it until two years after his arrest, when the GMC finally struck him off. By then, his family had received more than £100,000. In contrast, the NHS has now decided, on appeal, that Dr White can receive 90 per cent of one month’s earnings from his locum work until after the GMC decide his fate.

Dr White, who is now practising functional medicine, said: ‘Complete uncertainty about my financial future is really worrying.’ He has effectively been reduced to begging for money to live on and to fight his court case against Stevens et al. Two crowd-funders are out there which he hopes will help him do both until he gets back on his feet.