Jack Tweet Investigates – The Mystery of the Twisted Priorities 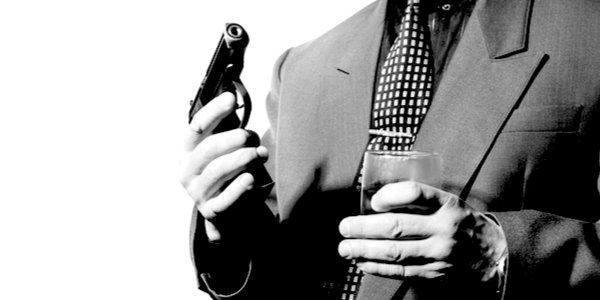 Jack Tweet is no ordinary cop. He is all set for retirement until he gets a call from his old pal Alison Saunders. The Chief wants him back for one last mistrial.

But Jack likes to do things his own way. The boys upstairs at the Crown Prosecution Service don’t like it, but that’s tough. Jack is old school – he likes to gather evidence and present it ‘to the court’. (Forensics, as they say in Latin. Jack likes Latin – it sends a comforting message to the middle-class TV-watching audience. It says: ‘This fictional detective is just like you, Polly. Not like those rough CID oiks you’ll find in “the wrong pub” in Hammersmith on a Friday night.’)

The Chief wants to go out on a high. She’s planning one last spectacular headline heist that’ll guarantee her a place in the House of Lords and top billing on the celebrity speaker circuit. Hell, she might even get to head a public inquiry!

The Chief gives it to Jack straight. Failure is not an option. ‘Come Christmas, if I’m not wearing ermine with my fingers in ten quangos, your ass is on the line, Jack Tweet,’ says the Chief. ‘Don’t let me down, Jack. Or I’ll kick you so hard you’ll be wearing your scrotum for a Pussy Hat!’

The plan was simple. Some businessmen were running a scam. To all intents and purposes, it was a legitimate sleaze joint. Girls, glamour and gala dinners, the same old MO. But it got worse. The sinister Mr Big was creaming off money – and sending it to children’s hospitals.

Kids as young as ten were being life-supported by machines – right here in the middle of London! I know, I know – I can’t believe we’re having this conversation in the twenty-first century. The bloody patriarchy just won’t die.

‘We have to get in and break this up,’ said the Chief. ‘I don’t care how you do it. Put on lacy lingerie and a tight skirt if you have to. Bat your eyelashes – I don’t care. If we can stop just one child’s life from being saved, it will all have been worth it.’

It was an open and shut case. Or it would have been – if the media hadn’t gotten wind of it. And then blown the case wide apart. And had Jack taken off the case.

It wasn’t a pretty sight. One witness, posing as a journalist, told Newsnight she saw ‘a huge amount of testosterone in the room’.

This was pure testosterone, mind – not watered down with oxytocin or the milk of human kindness. And some of these guys were mainlining it. There was talk of ‘hitting the vain’. According to hearsay, some desperate cases might even have the toxic hormone in their penises. That’s what the testosterone trade does to people.

Surely that was enough to bang up the lot of them. Philanthrophiles don’t have a nice time in prison. They don’t take too kindly to charity fund-raisers in Strangeways – especially if there’s children involved.

But things just got more and more sinister.

It turned out that these monsters had their tentacles supporting all kinds of good causes – even Cancer and Disability. But this ‘Patriarchy Ring’ was mostly giving money to save children. Barnardo’s, the NSPCC and the Sick Children’s Trust were all getting funding that these brutes had donated from their wages.

As you can imagine, when the news got out the media burst a Twitter cloud and opened a can of outrage. Newsnight was all over the Chief like a nylon burka on a hot night.

This charity funding had to stop before any more children’s lives were saved. Then we could go back to wailing about Tory Cuts.

‘Oh God, won’t somebody weaponise the children?’ tweeted one of the Poser Nostra.

Meanwhile, the condescenti organised a petition to save the children from life support systems tainted by testosterone money.

Then something strange happened. As the row over charity funding blew over, the charities refunded the money to the sleazebags and cancelled any life-saving operations. The Charity of Shame did the right thing and closed down its operations. Now all the money could go to the Official Receiver. And no man shall ever do anything for children unless he has the nod from Polly Two-House Toynbee, the boss of the Poser Nostra.

Only there was something not quite right. News reached Jack that this sex scandal was only the tip of the iceberg. The mugshots on the wall in his office – Mr Alt Right, Businessman, Him Off The Telly – were Boy Scouts compared with what was going on up north.

But Chief Saunders was having none of it. ‘Newsflash: the BBC doesn’t give a toss about Rotherham,’ she told Jack.

She was right, of course. Twitextives have got a saying: Pussy Hats don’t march for poor girls.

But there’s some good news for Jack in the final scene. ‘I’ve got a new job for you, Jack,’ says the chief. ‘In the Fraud Squad. Looks like you finally got time for that phishing trip!’

They all laugh to camera. And freeze the picture. Roll credits.