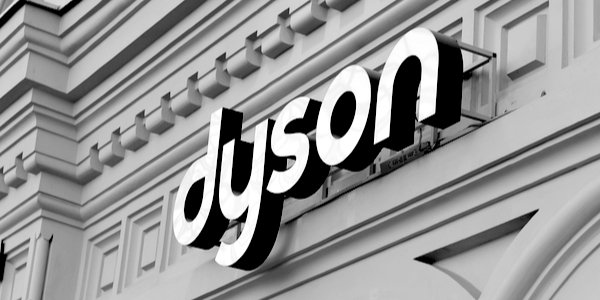 Sir James Dyson is no Sir Richard Branson. You won’t see him disporting himself naked on Necker surrounded by scantily clad girls whether for the purpose of promoting his company or otherwise.

Britain’s most famous living inventor and entrepreneur is a serious man. At a remarkably youthful-looking 70 he just gets on with inventing, selling and ploughing his profits back into R&D, apprentice sponsorship and training engineers.

He is the one man in Britain that everyone can and should take an unqualified pride in.

Count out the disgruntled Guardian columnist Zoe Williams. For her, he is a defender of the rich to take a cheap shot at.

The tumbrils began to rumble.

How many people do you employ, did her editors ask Williams? As many as Sir James? Some 3,500 in the UK and 5,000 more worldwide, like he does?

Of course they didn’t.

It’s no matter when what you are setting about is tarnishing a successful and moral capitalist. It’s no matter for a columnist whose problem is that she ‘can’t ever get past the appliances to see the mountain of money they have generated. But then [she] could never understand how the Tetra Pak tycoon could afford so much cocaine’.

It’s no matter for a journalist who can’t recognise a smear when she writes one. That is exactly what associating a blameless and moral entrepreneur with the troubled scion of another business fortune is – as well as contemptible and specious.

What exactly had Sir James Dyson done to deserve it?

As far as I remembered he hadn’t even mentioned ‘the rich’ in his interview with Andrew Marr last autumn, an interview in which he came across as beacon of enterprise, independence, clarity of thought and duty in our increasingly narcissistic and entitled world.

When I replayed it, all I could think was how totally unpleasant Williams was to have picked on him.

Of course disparaging the successful is nothing new. It’s what the Australians call the ‘British tall poppy syndrome’. Begrudgery, resentment and envy of success, there has to be a reason other than hard work or ability when someone does well. Running people down is one of the least admirable of British characteristics.

Under Mrs Thatcher it diminished. She rewarded and represented success and independence of spirit. But it was a short-lived revolution. The Left demonised Thatcher along with her get up and go, take no prisoners spirit. Under the Equality Act they have institutionalised grievance – from Les Ebdon’s equal access university diktats, to companies told how to employ on the basis of background, to being made to publish pay or enforce boardroom gender quotas, it goes on.

What the Leftist levellers can’t tolerate is an individual like Dyson amazingly doing his own thing, bucking the trend, and acting as a rare example to us all.

The more you read of Sir James Dyson the more you see what this remarkable, determined and quiet man can teach us.

Heaven help the Leftist ascendancy should children ever learn that his breakthrough appliance required more than 5,000 prototypes to develop, that persistence and hard work was the key.

Heaven forfend that a man who has invested £2.5billion into artificial intelligence, robotics and battery technology (all without any fanfare) whose open horizon vision is propelling his firm into pole position in ‘the fourth industrial revolution’, who perhaps more than any other individual can help to make post-Brexit Britain as innovative and fast- growing as the ‘tiger’ economies of Asia and who has planned an entire new university for engineers, should have anything to tell us.

That’s not to mention the Dyson School of Design Engineering at Imperial College London that he funded, or the Dyson Centre for Engineering Design at the University of Cambridge, where 1,200 young engineers are busy building prototypes, or the new Dyson Institute of Engineering and Technology that has picked its first 25 applied-engineering undergraduates from 650 eager applicants.

This is the man Zoe Williams thinks should be shut up. Which brings me back to her excuse to discredit him in the first place.

At the end of an extremely long article, ‘Hunting the UK’s first trillion dollar company’, in the Telegraph’s technology section, Dyson is reported as saying he feels at a critical disadvantage to his rivals across the Atlantic.

‘Unlike America, where wealth is championed, Britain frowns on successful entrepreneurs and private companies’, and is a nation where ‘making money is rather demonised’; where ‘the government tries to extract as much as it can out of companies, requiring more and more red tape and making it less and less attractive for entrepreneurs to start businesses’.

This must be what Zoe Williams blatantly misquoted, which allowed her to present Britain’s leading entrepreneur and business and technology philanthropist as a defender of an idle or corrupt rich.

Her Guardian editors should be ashamed to have allowed such a transparent exercise in traducing and demonising a man’s success.

Share
Facebook
Twitter
WhatsApp
Email
Previous articleHow can cherry-picking Cannadine’s PC ‘civilisation’ have any credibility?
Next articleTwo old ladies and a dog have right on their side