Jane Kelly: Brexit has stopped the EU Poleaxing the NHS 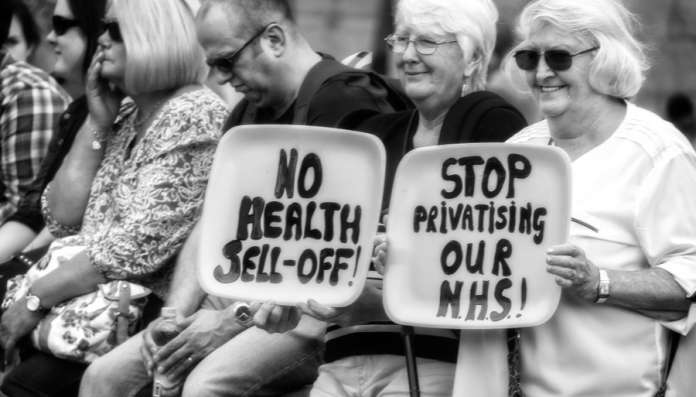 I’d swam half a length when I realised that I had forgotten my wax earplugs. As I have a history of otitis externa or ‘swimmer’s ear’ I got out at the end of the lane. It was too late, after an hour I felt the symptoms starting; itching, then numbness. By the next day I had increasing pain in my ear, face and neck.

I was on holiday in northern Poland at the time, on their 300-mile coastline along the Baltic where almost everyone seems to wear a T-shirt emblazoned with a slogan in English but didn’t speak a word of the language. I had to consider my options: say nothing and wait to see a doctor until I returned home two days later, meaning at least three days of increasing pain, or tell my Polish friends that I needed to find a doctor. We had planned a short excursion by car if the weather was bad. If we had sunshine they liked to be on the beach.

Under a grey sky we set out to find a doctor. At 10am we tried a medical centre in the next small town. The receptionist with a face harder than any I’ve seen in a UK doctor’s practice, and that is saying something, said they wouldn’t treat anyone without an appointment. We asked about other doctors in the area, she said it would be the same there. She said there was a walk-in clinic but she didn’t know where it was.

In the car, my friend told me that if we found a GP it might not be any good as they didn’t examine anyone or write prescriptions, only referred them on to specialists. She said I would have to find a ‘laryngologist.’ I didn’t believe her and said I just needed an ordinary GP who would look down my ear, give me some pills and then we could get on with enjoying the day. Despite increasing heat in the car, there was a definite frostiness as she insisted it was impossible for any one person to treat a whole range of conditions; it was obvious that each problem had to have specialist care.

She began looking on the internet, squinting into her son’s very small iPhone. Then we saw a big white sign by the side of the road, showing a serpent-entwined rod, the Greek symbol for medicine. As the sun began to blaze my friend and I left the men in the car with nothing much to look at except some nesting storks, while we walked back up the road to the clinic.

The pain in my head had worsened, as if there was something inside my ear trying to gnaw its way out, so I felt very optimistic as I sat down on a low bench in the clinic’s dark corridor. It looked quaint, like something you might have seen in Dr Finlay’s Casebook, bare green painted walls and a sense of impending doom. Another hatchet-faced nurse said we could wait, the doctor was delayed but he would see me. I could have cried with joy. As we sat there I became rather anxious as the place filled with people of all ages, from children in plastic specs to old women with no teeth. I wondered desperately if they all had appointments, but after half an hour the doctor arrived and we were allowed in as second in the queue.

We didn’t keep the corridor patients waiting long. The doctor was a big walrus of a man who gazed at me lugubriously. I asked him in Polish whether he spoke any English, he didn’t. Perhaps that was a mistake as he was not friendly. He told me he could not look down my ear as he had no instruments to do it and we would have to find a ‘specialist.’ We asked him where we could find such a person and he said he didn’t know. He also said the word, ‘private’ which I had a feeling was coming up.

Back in the hot little car my friends set about finding private doctors on Google. Each one had a recorded message. At lunch time we got a reply from someone in the port of Świnoujście, an hour’s drive and a ferry crossing away. We walked across the town for half an hour to some run-down flats and by mid-afternoon found the private clinic in a dingy basement, the kind of place you might set up if you’d been struck off. In semi darkness, with a world-weary expression he peered into my ear and recommended some drugs. He had to be paid in cash, the equivalent of £150 and didn’t offer a receipt.

As the sunny day wasted away, the men following behind my friend and I found a chemists where I paid £80 for some antibiotics, organic pills to protect you from antibiotics as Poles are going very green, some drops and Ibroprofen. A kindly woman behind the counter suggested I might be able to claim some of the money back through my EU medical card and wrote out a long, elaborate invoice.

By the time I arrived back at the overstocked turkey shed that is Luton airport the next day, I was in excruciating pain. My face had begun to swell, the drops were scalding and I couldn’t eat. So much for trying to obtain medicine to stave off the symptoms as quickly as I could. The following day I got a GP appointment in the afternoon. The perky Asian doctor seemed fascinated when he looked down my ear describing it as ‘significantly infected with a lot of debris.’ It certainly felt like a disaster site. He offered me some super speedy pills but I couldn’t take them as I am allergic to penicillin. The doctor in Poland had given me basic stuff without asking whether I had reactions to anything.

As I couldn’t take the really effective pills my doctor doubled the dose of erythromycin and gave me an anti-inflammatory. It was probably the latter that really helped as within a few hours the pain began to subside. I felt too ill to ask if I could get any recompense on my EU card.

It seemed outrageous that the 700,000 Poles currently in the UK can freely use the NHS while I, still a member of the EU, received such shabby and expensive treatment there. But it seems that many Poles are so ambivalent about their own system, although their government continually boasts about how good it is, that they carry their suspicion with them when they come to the UK.

They don’t trust GPs and take out private insurance for primary care when they come to the UK. That is the day-to-day health care given in the UK by a GP and the practice nurse. Typically, this provider acts as the first contact and principal point of continuing care for patients when they are in the NHS system.

To my surprise, in Poland as in much of continental Europe, GPs do not act as gatekeepers for medical provision. Like the one I saw, mostly they have no instruments and do not make a proper diagnosis. Patients book appointments directly with specialists, who also perform procedures that would be classed as out-patient services in Britain.

A young Polish lawyer in the airport told me that Poles usually say, ‘If it’s not life-threatening, go private’. Of course most Poles in their native country cannot afford private care. A private scan there costs about £350, a great deal of money for the average Pole paid in zlotys, the equivalent of £145 a week. As they can earn more than twice that in the UK, suddenly home grown Polish private medicine is within their reach.

Radek Przypis, manager of a private clinic in Hanger Lane, west London, saw a gap in the market. His clinic charges fixed fees published on their websites, for consultations and treatments. This means that they rely on regular customers for revenue, and need to treat them well if they are to retain them. The clinics often invest in imaging and diagnostic equipment, such as ultrasound scanners. A 3-D pregnancy scan costs £95. This is a booming business. More children in Britain are now born to Polish women than to women from any other foreign country. Those babies are born in NHS hospitals but for initial examination and scans they like their own clinics, with Polish speakers and their work ethic.

Krzysztof Zemlik, business development manager at the Green Surgery in central Manchester, admits patients until 9pm or 10pm seven days a week. He says that his surgery sometimes stays open until two or three o’clock in the morning. It has Slovaks, Hungarians and Portuguese on its books.

It seems that privatisation at least of NHS primary health care is not happening by stealth as those on the British Left continually claim, but has been happily going on for years based on prejudice by Poles and their misunderstanding about the role of General Practice.

Before Brexit, these clinics were expanding by offering major procedures at private hospitals in Poland to Poles and Britons. They also believe they could convince ordinary Britons to pay for regular check-ups, something we’ve never done. Who knows if we’d remained in the EU perhaps the European system of downgrading GPs in favour of specialists and the use of private clinics, based on the zloty against the pound would have gradually become widespread. Thankfully we shall never now know.