Jane Kelly: Brit elite is too PC to prosecute migrants guilty of FGM 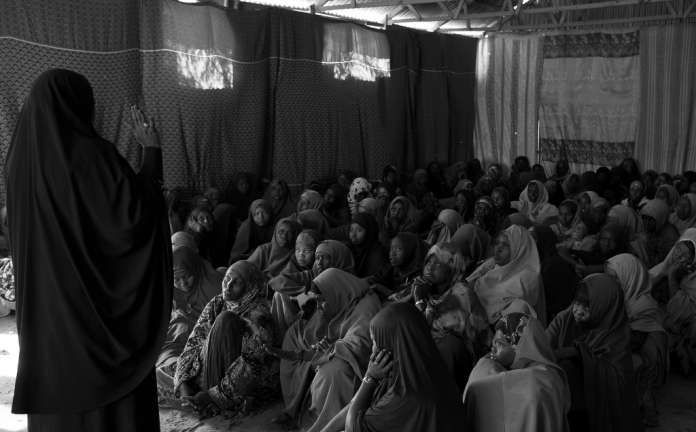 In 1994, the UN Conference on Human Rights declared FGM a violation of human rights, urging governments to, ‘prohibit female genital mutilation wherever it exists.’ In response, a year later the British government made the practice illegal, seeing it as child abuse. Britain was the first European country to criminalise the custom, but has since done nothing about it.

Girls are being attacked in the UK and in their migrant homelands in Africa and Pakistan. In 2004, the UK Government closed a loophole to prevent young women from being taken abroad for circumcision. Then Home Secretary, David Blunkett condemned FGM as ‘very harmful,’ warning parents they would be imprisoned if they broke the law. They were not.

In June 2005, new figures showed that up to 76,000 women living in the UK had probably undergone illegal operations. In 2008 another new law made it illegal for British-based parents to send their daughters abroad to be cut abroad. Ten years on, an estimated 25,000 girls under fifteen in the UK, some as young as two, are believed to be at risk. Many are circumcised overseas during ‘family holidays.’

A 2013 UNICEF report stated that more than 125 million girls and women worldwide have undergone genital mutilation. They said that the practice was prevalent throughout Africa, parts of Asia, the Middle East, Islamic areas of Russia, and among migrant communities in Europe, Australia, New Zealand, Canada and the US. That situation has since improved in Africa and Europe, but in Britain it has not changed one jot.

In July 2014, PM David Cameron demanded that the law should be enforced. Under the Serious Crime Act of 2015 all health professionals, social workers and teachers were allowed breaches of confidentiality and obliged to report suspicions of FGM to the police. But they didn’t do it. Britain, alone in Europe, refuses to bring any prosecutions. France and the UK host the largest migrant communities from countries that practice FGM. France uses the highest criminal court to penalise offenders, mainly mothers or second wives, holding twenty nine trials and one hundred convictions between 1979-2004. In June 2012, in Neviers, Central France, Guinean parents of four small girls were jailed for two years and eighteen months for, ‘complicity in violent acts.’

France has no specific laws against FGM. Action is taken on the basis of child abuse. There have been six prosecutions in Spain. In 2008 two parents were sentenced to six years in prison for sending child to the Gambia for cutting. In 2011 a Gambian father got six years, his wife two, for cutting their child before they settled in Spain. In Italy, in 2006, a Nigerian woman was caught just as she was about to cut a twenty day old baby and fined 300 Euros. The police had tapped her husband’s phone to confirm their suspicions. In 2013 the Italian courts prosecuted Nigerian parents for cutting their two girls, born in Europe, while they were on their way back to Nigeria.

In 2006 the Swedish courts sent a mother to prison for three years for cutting, accusing her of ‘neglect of care.’ They can also prosecute for ‘carelessness,’ which damages a helpless victim. Denmark has had similar prosecutions. In Switzerland, in 2008, a Somali couple were prosecuted for getting a Somali doctor to cut their two year old. They received suspended sentences. In 2012 the step-sister of a girl who had been circumcised was prosecuted for ‘abandonment’ as she had been the main carer for the child. In Holland, where health professionals are not bound to report cases, in 2008 a Moroccan man was convicted of child abuse after cutting his daughter’s genitals with a large pair of kitchen scissors. Austria and Finland have also brought prosecutions.

Most court cases against FGM are carried out in Africa. Last month a judge in Egypt gave four people suspended sentences after an FGM death. Not justice, but it was a start. There have only been fifty prosecutions in Europe but they do show that determination by health authorities and the police can lead to prosecutions for FGM. That determination just does not exist in the UK, despite its grand-standing legislation. It is easy to believe that our lack of legal action has made Britain a target for migrants who want to have their daughters circumcised.

Like an overly polite maiden aunt, the British Government and its healthcare providers would rather do anything than look squarely at the grisly problem of illegal child abuse among migrants. They share this squeamishness with tabloid newspaper editors, mostly male, who won’t mention the subject.

Two years ago £35m was pledged by the Government to eradicate FGM abroad, getting educated Africans to do it, with a measly one million allocated to tackling the problem at home in ethnic communities.

Britain is still steeped in the ethos which produced the doctrine of, ‘Culturally Appropriate Care,’ (CAC) yet another NHS protocol. Much of this culture of overarching political correctness comes from the USA and is shared by Canada and Australia but is weaker in Europe.

Inger Lien and John Schultz, from the Norwegian Centre for the Study of Violence, writing in the International Journal of Law in 2014, suggested that the marked difference between the French and English response to FGM, can be attributed to ‘British community sensitivity and French universalistic principles and strict laws.’

This ‘sensitivity’ may explain why, despite clear guidelines, UK GPs, midwives, teachers, healthcare visitors and social workers are still uncertain about the significance of ‘cultural’ or ‘traditional’  values and concerned about accusations of racism. Research done by Dr Susan Costello, a senior lecturer in social work at Melbourne University, showed that ‘welfare professionals can overlook risks for children from refugee and migrant communities out of culturally relativist fears of being seen as racist, which can impair their judgment about appropriate interventions.’

Successive British governments have been reluctant to interfere with immigrant practices. Two years ago the Lords rejected a bill to make it illegal for an adult to accuse a child of witchcraft, a move which would have greatly supported many migrant children from West Africa. The relationship of indigenous cultures to child maltreatment needs to be explored, but even after many cruel child deaths cultural sensitivities still make that impossible.

There is a risk of venturing anywhere near coercion of course. In 2009 a Swedish local authority was charged with ‘ethnic discrimination’ for bringing a case against a Somali family who had cut their daughter, after the public response was deemed to have stigmatised the Somali community.

Some health professionals worry about patient confidentiality, a huge cult within the NHS since the enforcement of the Data Protection Act and the Caldicott Rules. UK hospitals report a mere five per cent of FGM cases to the police or local authorities. Doctors can also be caught in a dilemma where the law prohibits them from responding to the (culturally based) wishes of their patients to be re-infibulated or to perform hygienic circumcision instead of leaving it to grandmothers in the community.

In Europe and the UK this ‘Clinicalisation’ is conducted secretly in healthcare facilities such as a dental practices. In 2013 Somali-born dentist Omar Addow from Birmingham was struck off by the General Dental Council for offering FGM for two girls aged ten and thirteen. He reportedly told an undercover journalist, ‘I will do it for you. Between you, me and Allah only.’  He could have received a prison sentence of fourteen years, but his case never went to court.

Some British healthcare professionals are just too kind; parents in an FGM context usually have no history of offending, are likely to be otherwise caring and give no indication that they are about to commit a serious criminal offence against their child. It is very difficult for outside investigators to discover what is really going on in those families, but unlike other European police forces, there has been no determination from British social workers or police to build cases based on circumstantial evidence. But without evidence and prosecutions demonstrating that FGM will not be tolerated the law is meaningless and will be ignored.

If there’s a genuine prospect of children being taken into care and the adults involved going to prison as they have in Europe, a rigorously enforced FGM law would have a significant deterrent effect. In 2014 The Guardian rightly called FGM, ‘a perfect storm of taboo subjects: gender violence, sexual liberty and race.’

To be effective the law must also be widely known and understood. Is that £1 million government fund really going to reach the Muslim community in the UK, which has increasingly closed its doors on the wider society. Will anyone be strong enough to stand up to their predictable accusation that monitoring is racist and intrusive.

Perhaps British law is just too unwieldy and heavy handed. The 2015 Act calls FGM a serious criminal offence, but it can be seen from Europe that a specific law for the issue is not even needed; children can be protected by a more flexible approach using laws on abuse, neglect, abandonment, simple carelessness and lack of care. Whilst not specifically mentioning FGM, European Child Protection laws have prevented the practice by removing girls from their families and suspending parental passports. Our government has never stopped parents travelling abroad even when their motives were highly suspect.

This is one area where European law has bettered ours, but it all comes down to will and cultural attitudes. If the British Government really took the issue seriously, not seeing FGM as a lesser kind of violence, they might have made time to frame more subtle and effective legislation. Its lack shows how attached we still are to the relativist ideology of multiculturalism. It also indicates how fear of being called racist still limits child protection and the chance of equality for all under the law.