NewsPaperthe art of publishing
HomeNewsJane Kelly: English men do not like clever women
197

Jane Kelly: English men do not like clever women 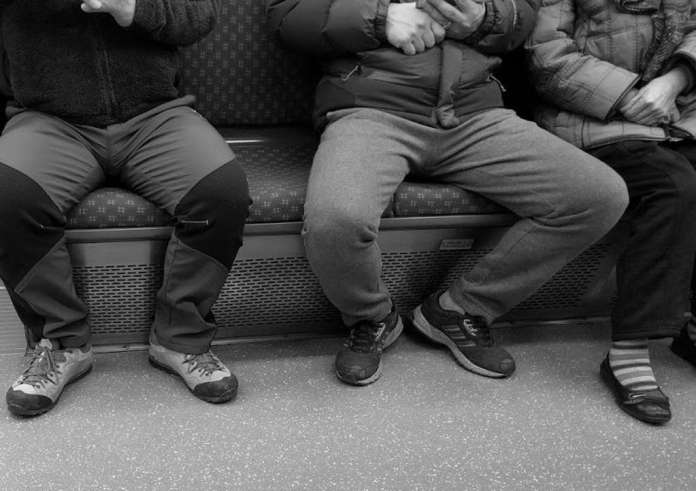 Men are irritating, that goes without saying. I’m often irked by their unpleasant little ways; on crowded trains the egregious sprawling and spreading of the legs, often clad in shorts. For some bizarre cultural reason working class men rarely cross their legs. I once asked a young Pole to draw his knees together as he was stealing my space. He looked first amazed then impressed as if he was glad he’d made it to the West where people have such refined priorities.

On the New York subway, men taking up too much space has rightly been termed, ‘manspreading.’ It’s not yet illegal but the guilty men have been filmed and posted on YouTube a good deal. That is not seen as quite such a crime as ‘Mansplaining’, a new word for a man explaining something to a woman, not necessarily in a condescending manner, just doing it at all. In Sweden ‘Mansplaining’ is when, ‘a man explains something to a woman without being asked, particularly something which she might already know more about than him.’

Last November, Unionen, Sweden’s largest union, representing 600,000 private sector workers set up a special hotline, encouraging members to call when male colleagues give them unsolicited lectures on things they already understand. In both countries, it’s seen as almost as incorrect as putting a hand into her space, perhaps dangerously near her knee, although that would be to enter into criminality.

In my experience, what’s worse is when you say something, before a slight pause followed by a man  repeating what you’ve just said as if he had just originated it. That doesn’t seem to be included, but ‘splaining’ is something I’ve been complaining about for most of my adult life.

About 20 years ago I grew so furious about it  in the Royal Academy Summer show that I called out, ‘Will all the men please shut up and stop giving lectures to women.’ A youth broke off in mid lecture,  left his partner’s side, came over and asked if I would like to tell him about a painting. I found it hard to say anything as I was so surprised, but I winged it as best I could. Last Friday, 7th April 2017, I saw the usual example of it going on in the National Portrait Gallery in London, where a man was describing, with full arcs of the arm, a portrait of Mary Queen of Scots, a woman whose downfall came from listening too hard to the Earl of Bothwell.  I earwigged as I always do, realised that he had no idea what happened to her in England and pitched in, interrupting him and putting him right. I joyfully and recklessly humiliate mansplainers.

I am not glad about the arrival of this new word from the US, which as usual is hideously ugly, but I’m happy that other people have noticed the phenomenon at last. However, I am rather puzzled at how, after all these years, mansplaining still goes on. The answer is a sad and obvious; women allow it, even need it.

This is partly due to the English education system. General knowledge was long ago junked in schools and regarded with the deepest suspicion by left wing teachers. After years of enforced schooling, many people manage to remain extremely ignorant. This particularly applies to young women, preoccupied as they are by being either little princesses in pink, or transgendered and all in black.

Rod Liddle in The Sunday Times recently defined ‘Mansplaining’ as, ‘a term invented to describe the act of telling a woman who is deeply ignorant about something what she needs to know. It might be about Brexit, it might be about shoes. Either way, it is a genuine kindness – an act of chivalry.’

Boys have hung onto knowledge for its own sake more easily as they readily embrace physics and astronomy. The result of this can be seen in the composition of panels on University Challenge, with the forthcoming Monkperson v the Seagull grand final on Monday night. Clever boys are attractive to girls, but sadly, girls who wear glasses still get fewer passes, not that boys are likely to make ‘passes’ these days as it’s so frowned on.

Women of all classes acquiesce in this, as I discovered when I studied painting at a private college in Chelsea and met women who’d had thousands of pounds, dollars and roubles spent on their education but managed to know next to nothing. Entering the John Constable room at the National Gallery I was surprised to hear the well bred English gel beside me admit that she only had a hazy sunset of an idea who Constable was.

‘Was he the one who painted that cart thingy?’ She asked tentatively. Presumably having a shot more testosterone than she, I explained that yes, he did.

No one in England likes a clever clogs. Rich parents do not educate their daughters expensively to make them able intellectually, they do it for the polish and good contacts it affords.  Letting other people know you are clever for the English is as vulgar as showing off your wealth, and for females it is social death. Of course, if English men suddenly liked clever women, the female population would change overnight into replicas of Mary Beard. Sadly that is never going to happen. Men may know many different things, but women mainly know one big thing; that it pays to please men, even if that means listening to them explaining things.

After fifty years of hectoring feminism, now rising in a new and aggressive form, woman still stand by their men passively listening, because they are passive. They would no more dream of interjecting their own understanding or erudition than would our grandmothers.

Of course, both men and women talk when they have nothing to say but women are less inclined to show off intellectually. A study last year by the American Psychological Association found that men tend to over-estimate their intelligence to a much greater extent than women, which may be something to do with the way mothers treat their sons.

The survey also showed that ‘self-assurance in men grows with age.’Age, of course, is not so kind to women who somehow disappear from sight after the age of forty. But Mansplaining is like FGM; it’s still there because women want it to be, it suits them, there is a security in keeping things the same,  refusing the risk involved in changing yourself.

We now live in a restless world of constant changes and provocations. Everyone has to fight their corner and it’s no good ‘Womenwhining.’ Travelling on public transport can be an exhausting business these days, what with claiming one’s rightful body space from intrusive men in shorts, asking foreigners to move their infants off the seats, and getting young men of all nationalities to stand up for pregnant women, while ostentatiously ignoring the man next to you who is telling you all about the play you’ve just seen together. It can be a draining experience. Within the confines of the tube carriage the tensions of multiculturalism and the new struggle between men and women can be oppressive.

About ten years ago, as one of the less passive types, I asked a large Mongolian-looking woman with three small children all on separate seats to move one so I could sit down. She called me a ‘racist.’ I had physically edged the child off the seat, but I stood up and addressed the carriage asking if anyone thought my move to claim the seat had been based on race. The woman and her friend sat eye balling me and smirking as a total silence descended. Then from the distant end of the carriage came a tiny male voice.

‘No,’ it he cried back faintly.  In that unpleasant situation I was glad of his support, whether he was using his knees to ‘assert his privilege’ or not.

If women fail to take up the challenge of these new and frightening times, despite the chances offered them by feminism and education, if they prefer to remain tongue-tied victims, they only have themselves to blame. Freedom has always had a cost, and sadly most women still jib at the price.

Share
Facebook
Twitter
WhatsApp
Email
Previous articleChris McGovern: Putting VAT on school fees will only benefit the well off
Next articleAndrew Tettenborn: The US Supreme Court is back in safe hands