NewsPaperthe art of publishing
HomeNewsJane Kelly: Englishmen have their uses. Chinese women find them quite a...
102

Jane Kelly: Englishmen have their uses. Chinese women find them quite a catch 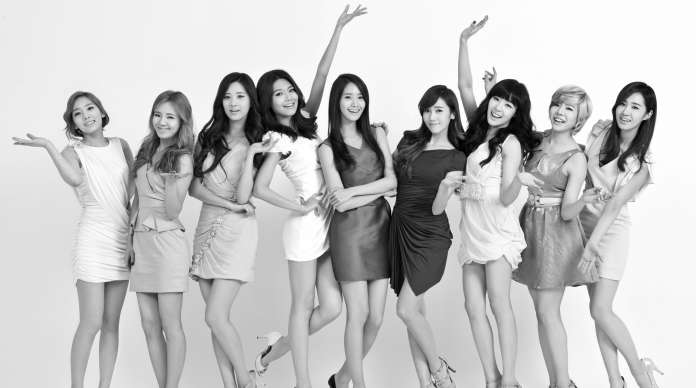 Most women realise quite early on that life is unfair. It is possible to lead the first thirty five years or so in a fog of illusion about this but then as one’s looks suddenly and unaccountably start to fail and you see your mother’s face looking back from the mirror, a woman’s optimistic outlook can change.

As author Will Self pointed out on Radio 4 recently, Schopenhauer, in his Essay on Women, asserted that women are the victims of nature’s harsh pragmatism: “In the girl, nature has had in view what could in theatrical terms be called a stage-effect: it has provided her with superabundant beauty and charm for a few years at the expense of the whole remainder of her life, so that during these years she may so capture the imagination of a man that he is carried away into undertaking to support her honourably in some form or another for the rest of her life, a step he would seem hardly likely to take for purely rational considerations. Thus nature has equipped women, as it has all its creatures, with the tools and weapons she needs for securing her existence, and at just the time she needs them; in doing which nature has acted with its usual economy.”

Nature is not so hard on most men. The pimply youth who can’t get a girl, if he waits, may catch a desperate woman who finds herself still unable to “secure her existence” by remaining single at thirty six. Men who are plainer of face these days, of all classes from government ministers to bus drivers who can afford a fare to Thailand, are also greatly aided by globalisation. Three female friends of mine who were single aged forty are still unwed, but my two best male friends, whom I found impossibly unromantic, are now both wed; to foreign women they met online.

British men are notoriously unromantic, for that you may also read stingy and even misogynistic. Many greatly prefer the company of their male friends, down the pub, talking about football, rather than getting mixed up in female conversation. And what one once described to me as, ‘the baptism of fire,’ they have to go through when the emotions are engaged. Many middle class British women find foreign men charming; beguiled by French and Italian manners, generosity, and apparent appreciation of women of a certain age.

But they tend not to marry them, while the British male, with all his flaws is a magnet for foreign women from Irkutsk to Islamabad. Numerous internet sites and magazine adverts offer lovely ladies from all parts of the globe eager to marry, as long as it is someone with a British passport, who lives thousands of miles from their homeland.

China has over six hundred and thirty two million internet users, more than double the population of the USA. In the almond shaped eyes of many of these globalised lonely-hearts, to be a British and male, is still to belong to the finest club in the world. Even American women, often far more feisty than the UK woman, are frequently captivated by what they see as some kind of old world charm. English men can be strangely reassured by their appreciation and marry them despite their ignorance of gravy, sponge cake or custard.

Despite all this international romantic traffic, any discussion of what used to be termed, miscegenation, is taboo. Mixed marriages are one of those topics, on a lengthening list, which can only be spoken about at home with the curtains drawn and the taps running. It is certainly safer not to speculate too much on what these marriages are really about.

Last week, Labour MP Helen Goodman was taken to Room 101 and forced to make the obligatory grovelling apology, after sending a tweet asking why, “if China is so great, Jeremy Hunt’s wife, who is Chinese, had come to England?” Her tweet came after the Health Secretary referred to his wife’s nationality when suggesting that the Government’s tax credit cuts would encourage Britons to work as hard as people in some Asian economies.

Goodman, or Goodwoman as she would be wise to rename herself, was immediately upbraided by the virtuous Left, led by Nadhim Zahawi, unbelievably the Conservative MP for Stratford on Avon, who asked beseechingly: “Helen that is a terrible thing to say. I hope you delete and apologise to Mrs Hunt. Have you been hacked?”

As if evil hacking pixies must have put the words onto her Twitter page. The saintly leader of the Lib Dems, Tim Farron wrote: “Terrible  tweet from Helen Goodman. Never attack politicians’ families. I hope she apologises. Clearly she missed the ‘Kinder Politics’ memo.”

Unkind it may be to say it, but from Wendy Deng onwards, the evidence is that Chinese women want wealthy, western men, even Englishmen will do. Records on any kind on ethnicity are very hard to find but in 1978 there was not a single inter-racial marriage registered in mainland China; in 2012, 53,000 mixed couples married that year alone. Very few Chinese men marry foreign women.

Gong Haiyan, founder of China’s biggest dating web site,  Jiayuan, told the Huffington Post recently that for a Chinese girl, height, salary and home ownership are the most frequently selected criteria for choosing a mate. Chinese men of course are notoriously short and tend to live in rented flats, on low wages.

In the West we discovered love and romance in the 18th century and gradually attached morality to the idea of marrying out of regard and affection rather than just pragmatism or kinship links. Chinese women’s desires are fuelled by old-fashioned pragmatism. Apparently there has even been a pop song in China recently about this, by one Gia W, entitled rather bluntly, “What is Shanghai? Rich white cock and hungry yellow chick.”

British men, as seen on TV and film, with their sharp suits, iPhones and ministerial car, can look like a Chinese girl’s dream. Part of this attraction is their evocation of wealth and fashion, and what Americans call, ‘the Brit factor.’ In China, footballer Wayne Rooney is a popular heart-throb with his own fan club. Actor Benedict Cumberbatch is affectionately referred to as ‘Curly Fu’ because of his hair. The communist groupies even drool over Princes William and Harry. Earlier this year, British actor Hugh Grant announced the birth of his second child with Chinese partner Tinglan Hong.

As many Chinese believe that Sherlock and Downton Abbey actually resemble British life as it is lived, fascination is partly fuelled by a growing awareness of class creeping back into the Chinese consciousness. A British man on your arm, cabinet minister or not, symbolises the increasing pressure of Chinese social aspirations. Ugly and unwanted at home, to the Chinese they’re automatically elevated to ‘gentleman status’ and Chinese women swoon.

BBC reporter Zoe Murphy reported on Chinese marriage in 2013. She interviewed a young girl called Yong Zhi, from Beijing. “The West captured her imagination,” says Murphy. ‘She dreamed of travelling abroad. An addiction to Western novels inspired her to study English literature at the prestigious Jilin University in north-east China. She says she knows of educated, good-looking women who go to certain bars in the hope of meeting a Western man to marry. “They have an image in their head and want to live ‘the dream.’”

According to Zhi, “A mixed marriage can offer greater opportunities to travel and educate your children overseas. Being able to speak English elevates you in terms of salary and job opportunities.”

Chinese women gain a great deal from these associations, often with men who their native English women have rejected for good reason. They gain prestige and security, and even if their chosen spouse is less wealthy than Rupert Murdoch, they get to leave China for an entirely different lifestyle. The men gain the prestige of having a wife and child when they could not do so previously,  without the hassle of demands for equality or emotional support.

British women and Chinese men, of course, may be left to speculate bitterly on how and why it was that love and romance were replaced by a new global pragmatism, a stunning fusion of exploitation and greed which must for complicated reasons of political correctness, remain entirely unmentionable.