NewsPaperthe art of publishing
HomeNewsJane Kelly: I fear it’s too dangerous to get out of bed
87

Jane Kelly: I fear it’s too dangerous to get out of bed 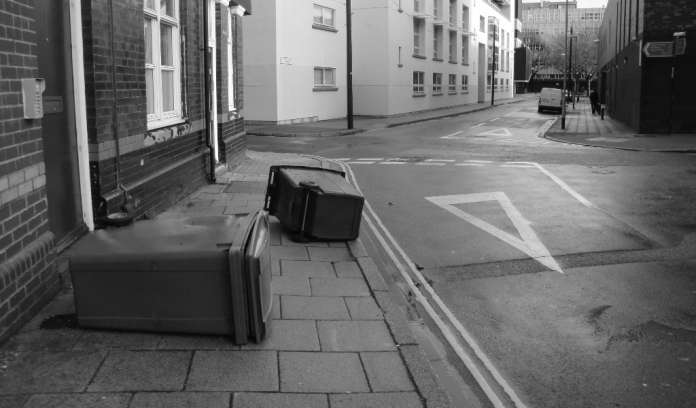 Yesterday was Doris Day. A woman called Helen Chivers, not Shivers as she should be, from the Met Office was on Radio 4 telling us that giving human names to gusts of wind is a really good thing because it makes everyone aware of the dangers of bad weather. We must keep our ears glued to the radio, the way you see in old war films and remain very alert because Storm Doris is going to be windy and there will also be snow in Scotland. I didn’t take any chances and repaired to the cellar under my house.

The day before, I was alerted to other new dangers in my once humdrum life. My new cooker is really annoying. It scorches cakes on the outside leaving them uncooked underneath and bakes unevenly. That could be my fault, but I am not responsible for problems in lighting the hobs and grill, which also switches off whenever I brush past the open door.

After struggling to light the grill himself, an engineer said there was nothing wrong with it. My problems were all due to new ‘safety’ features according with ‘British standards,’ and you cannot avoid them.

‘Nothing lights straightaway these days,’ he said wearily. ‘Your door switches off the grill so that you don’t close the grill with the gas still on. The grill and hobs won’t light unless you have a few goes at them.’

He didn’t say what was safe about that, and there was nothing he could do to make my cooker less ‘safe’ and more efficient to use.

I decided to go for a swim to work off my increased annoyance. I recently joined a health club at a local private school. To my surprise the pool has diving boards. This allows me the chance to dive for the first time in my adult life. Growing up, all our big municipal pools had a deep end and diving boards. You paid a few pence to use them. They are long gone. Now you have to pay £300 a month or more to swim in four foot of water and diving is out of the question. I once told a young lifeguard about our old pools and their facilities and he didn’t believe me. Another man at a newly built swimming baths looked aghast when I mentioned diving.

‘We can’t have those,’ he said. ‘Health and Safety would never allow it.’

He was really talking about how much money the local council would spend as we now have to have quite separate diving pools. Usually the issue is insurance. I have offered to sign a form taking responsibility for myself when wishing to jump off the side of a pool, but it seems no public amenities have policies that allow people to look after themselves.

It’s different for public school boys. The school where I swim now has horse riding, golf, a rifle range and, yes, diving boards. Presumably, the boys are still being prepared as the officer class, ready to go over the top if required, remembering that Eton College lost more men than any other English fighting force in the Great War. Of course, we are only allowed to use the diving pool at weekends, if two lifeguards are present.

When I arrived I was cross again seeing a queue of swimmers waiting outside the changing rooms. ‘They won’t let us in any more until five minutes before the session, for safety,’ an old lady told me.

Apparently someone had been seen swimming in the empty pool just before the session officially started. As a result our fifteen minute changing time has gone down to five. That person swimming unofficially was me. I didn’t admit that to anyone in the queue as many English people don’t like rule breakers. They increasingly seem to like rules, welcoming them in from Europe, along with massive fads from the USA, as well as inventing our own.

After swimming I did confess to the front desk, begging him to put our changing time back to normal. He couldn’t do that he said, because it wasn’t just me. Two men had been seen, diving, on a weekday, without lifeguards. I assume they’ve been expelled from the club.

I went home feeling guilty; I’d let the other swimmers down, let myself down, and let the neighbour’s cat down, being out when she wanted to be in keeping warm and safe. As life gets so much more dangerous, staying in looks increasingly attractive to both of us.

In the evening I tried to watch the last episode of The Halcyon on Catchup. A message came up telling me it contained, ‘some upsetting scenes’ so I couldn’t watch it before 9pm unless I had a special pin. Pins sound dangerous and I don’t have any lying about. I was annoyed all over again, my blood pressure rising, worse a sudden urge to do two mortally dangerous things; have a glass of wine and a piece of chocolate. Of course, I only keep the dark stuff in the house, not the chocolate I really enjoy.

Thankfully I resisted temptation as I tapped in to Catchup with Andrew Graham Dixon’s, The History of French Art on my tiny handset. That was a lengthy tedious process and can’t be good for the fingers. Too much tapping surely leads to Carpel Tunnel Syndrome.

The programme was full of amazing images from the reckless past, including a fine lady wearing no knickers on a swing, a peeping Swain lying in the grass ogling from below her. He would certainly be in for a long stretch in the slammer if he tried anything like that these days.

After being astonished by the evils of the past, I made sure my smoke and carbon monoxide alarms were working, and taking my mobile with me in case I had to call out any of the emergency services during the night, I crept carefully up the stairs to bed. It’s usually safe there since I gave up on the perils of sex.

There is no bad weather in bed, although there is sometimes wind, which should be checked by consultation with a doctor or a visit to A & E as it can be a sign of incipient cancer. Not a bad night but sadly I woke up to the sound of Miss Shivers telling us all that Doris is on her way; what are we supposed to do? She said alert the neighbours, but what then? Help!