NewsPaperthe art of publishing
HomeNewsJane Kelly: Our feeble liberalism fuels the growth of the underclass
74

Jane Kelly: Our feeble liberalism fuels the growth of the underclass 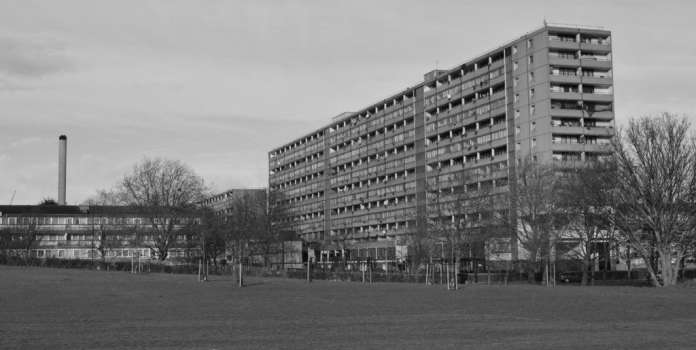 One of the biggest shocks after leaving London two years ago for a town outside the M25 was sighting white working class people again who have mostly vanished from London. I mean ‘under-class’ as they didn’t look as if they were working. They looked remarkably alike; the young women obese with lank hair scraped back. They all pushed buggies containing small, grey faced infants. The men tended to be very skinny and haggard.

My first close encounter with one of the fat girls was disturbing. She sat near me on a bus with a boy of about three in a buggy. He hardly moved and kept moaning in pain. I pointed this out as politely as I could. She said he was upset because he couldn’t get out and run about. The boy’s eyes began rolling backwards. I told her, with as much authority as is proper these days, to get him to doctor.

‘We’re waiting for the paediatrician,’ she said, obviously parroting some health worker.

‘You should have seen what he was like this morning,’ and she showed me photos of him covered in blood. He’d woken up like that she said, jiggling him about a bit without a care in the world. As we got off, I felt sick and upset wondering what I could do to help, hoping her mother who she was off to see would do something sensible. I have often wondered since if he is still alive.

A report this week which found that children as young as three were adversely affected by poverty wasn’t a great surprise. Apparently a simple test at the age of three can determine whether children will grow up to be a burden on society, needing excessive welfare, ending up in jail, becoming obese, or all of those.

Scientists at King’s College London followed more than 1,000 children from pre- school until the age of thirty eight, to find out if it was possible to predict their life chances. Three-year-olds were given a forty five minute test to gauge intelligence, language and motor skills, levels of tolerance, restlessness, impulsivity and social disadvantage. It was found that a fifth of the group were responsible for eighty one per cent of criminal convictions and three quarters of drug prescriptions. They received two thirds of benefit payments and more than half of all nights in hospital. All that could be predicted by looking at which children attained the lowest test scores aged three. The conclusion was that if children could be tested it would be possible to decide who were at greatest risk, so that interventions could be made to prevent them slipping into a life where they become a burden on the State.

The salient word is surely ‘interventions.’ What exactly should these be; perhaps the young mother I met on the bus should have been sterilised, her child denied even a start to his wretched life, preventing him ever becoming a drain on society? Such a view presupposes that our society is a ruthless meritocracy.

If we believe that everyone should have an equal chance, a view that seems to have declined as we are now one of the most unequal countries in the developed world, we are going to have to wrestle with our entrenched liberal ethos. Liberals do not tell people what to do. They ignore human weakness unless it breaks the law, in many cases not even then if we look at FGM and forced marriage which go unchecked.

Unlike the Malthusians in the 19th century or the eugenicists in the early 20th we do not want to impose controls on individual behaviour. This report on the vulnerability of three-year-olds presents us with a real dilemma: ignore the young mother I met on the bus, or for the economic good of the State intervene in some way. Putting her child into the ‘care system’ would probably not improve its chances so it might be better to force her to feed and educate her child properly. But our liberal ideology long ago abandoned imposing formal education, cookery classes or nutritious school meals onto the poor. Girls no longer learn to cook as that is sexist and children choose what they want to eat.

As a nation we are trapped in this liberal bind; the sacred autonomy of the individual means it is very difficult to intervene to prevent harm. Some will remember details in the case of Baby P. Social workers commented that his mother spent too much time on her computer rather than with her children. One, seeing Baby P’s face smeared with chocolate, did not think she had the right to tell the mother to clean him up. If she had she would have seen the gooey mess disguising deep bruises.

Underlying this absurd reticence is a more fundamental weakness: educated, middle class people have abandoned the moral authority they once had. What morality is and who holds it is hotly contested. During the long years of unfettered child abuse in northern towns, the police and social services ignored rape rather than criticise Asian men. They even believed children should be able to choose to become prostitutes as ‘a lifestyle choice.’

To help three-year-olds become decent citizens, or to put it more honestly, stop them costing us money in the future, we will have to decide what our values are and insist on everyone upholding them. A bit like putting an effective head teacher into a failing school. Not a job for the faint hearted. Perhaps Theresa May can do it, if she really cares enough which is doubtful, and she would have to fight the whole liberal intelligentsia.

Share
Facebook
Twitter
WhatsApp
Email
Previous articleMark Ellse: The care crisis will drive us deeper into ruinous debt
Next articleCaroline Farrow: May must act to defend the right of Christians to speak up