NewsPaperthe art of publishing
HomeNewsJane Kelly: Harriet is so out of touch. Modern women are more...
13

Jane Kelly: Harriet is so out of touch. Modern women are more interested in moon cupping than the EU 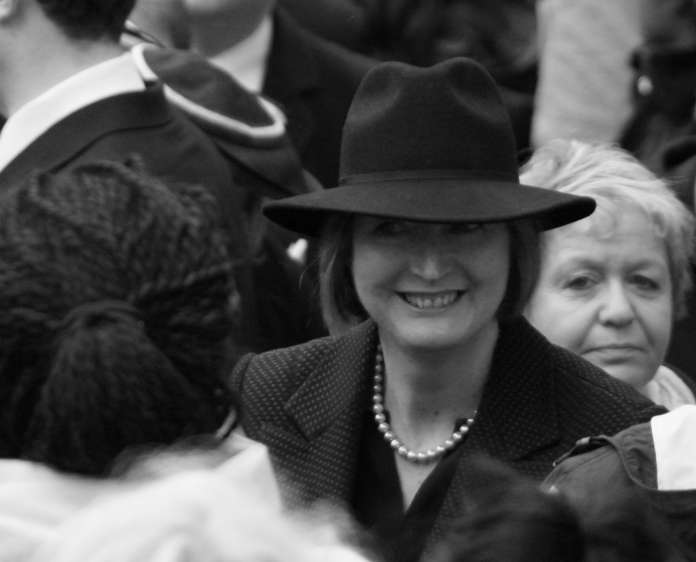 This week Harriet Harman MP broke her sulky, reproachful silence to come up with remarks about the EU referendum that make a change from the usual bickering; she is worried that women are not getting enough of a say on this important issue.

The former Labour interim leader, who has to sit in the Commons watching a much inferior intellect lead her party, said men were ‘as usual’  pushing out women from broadcast discussions of the referendum and called on the media regulator to intervene. She has written to Sharon White, chief executive of Ofcom about it.

‘Half the population of this country are women and our membership of the EU is important to women’s lives. Yet men are – as usual (here you can read the name J Corbyn) – pushing women out,’ she whines bitterly.

To back this up, she’s published an analysis of the gender balance of guests discussing the referendum on morning news programmes, strangely leaving out the new transgendered group which are very vocal in her party. Her figures showed: 48 out of 58 guests on BBC Today were male. 12 out of 14 guests on BBC Breakfast TV were male. 18 out of 25 guests on ITV’s Good Morning Britain were male.

Heavens to Betsy or Hillary,  that does look bad. Harriet didn’t specify how exactly men are stopping the women from speaking on this issue, but obviously they are. Britain’s biggest companies will soon hit a target of having 25 per cent female boardrooms, but few women are recruited as top executives and it seems they are being forbidden to speak openly about the EU. I haven’t seen women going around with tape over their mouths, I have been invited to take part in two referendum debates myself, and I’ve heard a lot of women talking about it.  But her facts speak for themselves. Except they don’t because their premise is spurious.

There seems to be a group of free ranging feminists about. Harriet is making common cause with them here, who like to say that women are the victims of men and deliberately silenced and paralysed by them. This implies that our whole education and culture is skewed, biased and fundamentally immoral. In its fatuousness it reminds me of the argument I heard from a BBC reporter recently and from the comedian Isy Suttie on Radio 4, that it’s racist to live in a country village or market town because there are so few foreigners living there. There seems to be a correlation between that kind of thinking and saying that a public debate is invalid if fifty percent of people, in this case women, are not taking part. They do have free choice. It’s a bit like trying to get black people into the theatre; you can’t actually force them to do it.

Harriet and her kind are doomed to remain sad because they just don’t connect with ordinary women and their lives. There may be too few ladies in top jobs, negotiating huge contracts, running airlines or the high offices of state but the reason remains that they prefer not to.

What do most women like to do? Bring up their families, well or indifferently according to education and class, sit on the sofa watching TV and eating crisps, or if they are better off they may do a lot of baking and there are numerous things they feel are more worthwhile or entertaining than politics. Many are full time carers for parents and decrepit husbands. There is also a new and growing body of prosperous women who are extremely left wing and naturally feminist but who choose to express their political views in a very non-parliamentary way.

Like Jeremy Corbyn they have nothing whatever to say about Europe and prefer not to get their hands, well lubricated with home-made hand-cream, soiled with such nasty things. Like him they see a virtue in extreme passivity and silence about hard issues. On radio recently I heard a woman saying that women had been put off the EU debate because it’s ‘ too male,’ like Prime Minister’s Questions, it is just too noisy, with horrid people arguing fiercely about it. In her mind, like that of the many left-leaning women who support her, women just don’t behave like that. They have their own, feminine ways.

I easily found out what many women are doing instead of getting involved with national issues by looking on the notice board at a local café in Oxford: One of them has set up in business (Women  account for only 8.6 per cent of all executive roles on FTSE 100 companies.) offering ‘Specialist teas and cakes for chakra balancing.’

Many women where I live are freelance yoga teachers, some practice aromatherapy and ‘holistic massage.’ They sell their expertise in Tai Chi and Qigong. If that isn’t enough to tire them out, they can join the, ‘Earth’s Daughter 2016’ for a ‘Summer’s day for women and girls.’

This dynamic day is run by two enterprising women, one of them a former senior education officer for Oxfordshire who now runs, ‘forest schools,’ the other an expert on ‘Women’s Beltane’ dancing.  Their day out offers, ‘sanctuary, wildness and wilderness where we can rest, create and learn from one another.’

For a mere £45 women will be invited to, ‘Sit around a fire, spin stories with words, weave magic in dance, stretch out with yoga.’

The females who attend can learn to make hand-cream, take part in ‘ceremony’ ‘craft activities’, or just ‘sit and dream.’

We are told it will be ‘orientated towards particular ages and stages of womanhood.’ It might  include ‘moon cupping,’ the increasing trend for pouring menstrual fluid back into mother earth, after a certain ceremony is performed in appreciation of the ‘sacred feminine.’

That and all the shopping to do too. There has always been a retreat from rationality at times of economic and social stress. Witches were burned in times of scarcity. After the Great War many men and women retreated into a revived English paganism, involving nudity, nut cutlets and sandals. That had off-shoots in the pacifist and the more mainstream health and fitness movements. What is surprising is the way, after so much free education and encouragement to do well, so many women well off women are retreating away from politics into fairy land as never before.

Harriet probably never meets these women, they do tend to flock gracefully around Jeremy Corbyn. In the same way that she never meets women from the under-class who, despite years of free education, would have no idea who she was and couldn’t even name the Prime Minister.

Such is Britain at the moment; a terrible mess of deprivation, increasing inequality, self-delusion and division. Why would the rest of Europe want us to stay? Unless of course they are in an even worse muddle than we are.