NewsPaperthe art of publishing
HomeNewsJane Kelly: I admit it. I prefer the company of men
13

Jane Kelly: I admit it. I prefer the company of men 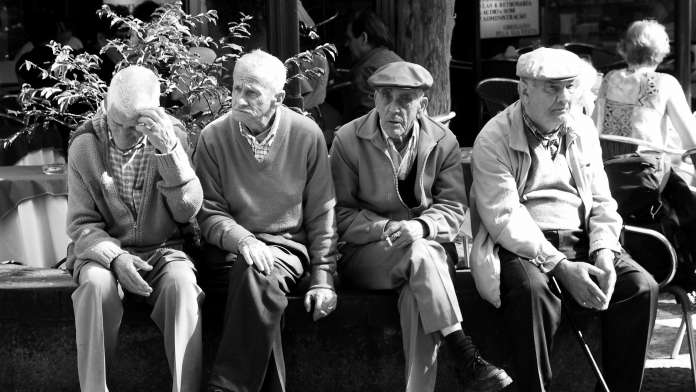 (This blog was first published in the Salisbury Review)

Donald Trump has created jobs for about 40,000 people in his turbulent career. Barbara Res, worked with and for him between 1978 to 1996. She was his vice president in charge of the construction of Trump Tower, later his executive vice president in charge of development and finally as a consultant. Three years ago she wrote a book about her experiences, All Alone on the 68th Floor, which upset him and there is now a decided froideur between them.

Speaking on Radio 4 earlier this week, she said his view on employing women was that generally men do a better job, but if you can find a good woman worth employing, she is worth twenty men. Sadly he is probably right. Even after all these years of feminism, if you are an intelligent woman who has been in a competitive profession, even finding a woman worth talking to can be a real problem.

When I see a room full of women, which I do regularly now that I am living in East Oxford, mainly among the retired or women who have never had careers, whether it’s an art class, an exhibition or a church meeting, my heart sinks and I long to be in a male environment, or at least sitting with the boys.

The other week was typical. I attended my usual Friday life painting group where the women are all elderly. Some of them had taken part in early CND marches; they tend to see themselves as Bohemian. Their true class origins are betrayed by the wearing of white dungarees even to draw with charcoal, their love of pedigree labradoodles, and constant discussion about their children’s education. They also have to make known, like religious fanatics, their medical ‘issues.’

Our group contains two coeliacs no less, although I have read that the condition is rare. Most of them boast a wheat intolerance. Their lunch boxes contain mainly celery, quoina  and beetroot. This week I noticed one very thin lady eating nothing but a single carrot for her lunch. She didn’t look as if she’d ever eaten anything more. A life time of worthy anorexia was marked on her face.

I was unhappily aware of her because by lunch time, gently spoken and well bred as she is, she’d already caused me some dismay. We’d been looking at some drawings on the art room wall. They were images based on popular lines from Hamlet, concerning the death of Ophelia. She hadn’t heard of Ophelia, in fact I don’t think she knew the play. If she ever goes to a performance she could well be that  rare person who doesn’t know how the thing ends.

‘I don’t know about those things,’ she simpered. She probably had thousands spent on her education and reminded me of a wealthy young woman I’d met at an expensive private art school in Chelsea. These dim bints are not confined to the provinces. We’d been on a trip to the National Gallery when I noticed we were in the Constable room. She couldn’t bring his name to mind, then recalled something and said, ‘Is he the one who painted that cart thingy?’

Sometimes, over lunch, the ladies break off from discussing their children and their food intolerances to things they like on TV. The lady with the carrot said she’d been watching a repeat of Tinker Taylor Soldier Spy.

‘It’s very hard to follow though,’ she whispered. ‘I have to ask my husband what’s going on.’ Some of the others admitted they’d had the same problem during the recent showing of War & Peace as the Russian names were too confusing. Some had tried to watch a recent programme about the Renaissance. They approve of traditional paintings, but it had demanded too much concentration.

There is sometimes a man present at these gatherings. He will be sitting quietly over his sandwich box, which often contains something as quaint as a ham sandwich made with full fat butter. If you engage him in conversation it can be like stepping out from a suffocating, humid atmosphere into a blast of fresh air.

This week I mentioned to the token chap that I’d been to a symposium on the Easter Rising of 1916. He was interested and knew something about it. He had an opinion and conversation followed. It would not have been worth raising this topic with any of the ten women around the table. I know from bitter experience that they don’t do current affairs or history. For the women of the intolerance culture who live on myths about food, facts of any kind are considered rather unpleasant and certainly unnecessary to their lives.

The day after the class I attended a supper party; lots of middle-aged women present, many of them single and active in local art groups and voluntary work on the lines of talking to ‘special needs children,’ about socialism. One told us she had spent years, ‘knitting for peace.’ Her woollen yurt had been shown in a local art fair last year.

‘It was political,’ her friend told us approvingly. But no political conversation, certainly no topical jokes followed.

‘Like the tricoteuse’ quipped one of the two men present.  Blank stares. He tried to explain about the French knitters of 1793 sitting by the Guillotine but none of the women knew what he was talking about. The conversation switched to dolls. Some of them had been making ‘political dolls’ in support of socialism.

‘Like Archie Andrews, one of those ventriloquists’ dummies,’ said the other man, to be met by the same puzzled silence. He was OK because he had the other man present to talk to. A woman trying to make a joke would have been socially dead, hived off into a no-woman’s land for the not wanted.

The man, an American, began discussing the Profumo Affair. He suggested that no one in America had ever heard of the UK until that scandal. He was being playfully ironic, something much rarer among women than among Americans. His conversation sounded interesting, but at that point I was getting into trouble in a different part of the room as I’d offered the remains of a very delicious home-made fruit crumble to a woman.

‘I can’t eat that,’ she said emphatically. I asked if she was diabetic. Of course, I suspected that she was no more diabetic than Maria Sharapova. I was deliberately getting myself into a situation.

‘I’ve had cancer,’ she said slowly, with great importance.

‘So have I,’ I replied, ‘eating this bit of pudding won’t bring it back.’

‘My doctor,’ she said with great emphasis, showing two rows of clenched teeth, ‘a qualified oncologist says that it will. Sugar is the main driver of cancer.’

‘No it isn’t,’ I said as reckless as one on a full sugar high. I don’t have any medical knowledge but I’m pretty sure that if you do not eat too much of the white stuff and become obese, a little of it now and then is OK. I have also known cancer sufferers who refused sugar and died anyway. I didn’t say that. I didn’t say anything else to her as she was looking so furious.

‘When I express my opinion I don’t expect anyone to disagree with me like that,’ she said as if she wanted to take a big bite out of me. I hopped it to the next table to offer someone else a remaining slice of Bakewell Tart, made by a pastry expert. It just melted in the mouth.

‘I can’t eat that, I’m coeliac,’ this one replied. Hadn’t I guessed it?

Coincidentally Lady Bakewell, once the thinking man’s buttered crumpet, has just made a comment on the narcissism that leads many women to become preoccupied with food and body image. She commented on anorexia, which she noted does not occur in countries where food is scarce. Sadly, she has now been forced to apologise, ie banished to Room 101 for her words. She’s right, of course, but we live in a victim culture and as women are deemed to be among the oppressed, it is not safe for anyone in public life to criticise them, or question the progress of feminism. ‘The Donald’ is perhaps the only person alive who might get away with it.

As usual, I migrated to the male corner where they were enjoying some red wine. Only two bottles had been brought along, one by me. We had a fine old chat, about politics past and present. One of the men belonged to the woman who was afraid of sugar and she tried to call him away several times. I kept raising my voice a little to block her out. He was engrossed in a lively talk about the Rolling Stones. The other man had seen them live years ago, both were interested in the origin of rhythm & blues. I would never get that kind of chat with the girls. I was sad to see him go eventually, as his wife pulled him away, giving me a look reserved for impure sisters.

I am increasingly sad to meet the kind of women I do; so dull, so ignorant, worse than my grandmother’s generation, who never had the chance of education or independent thought. For the first time in my life, I see that many men get a raw deal in marriage rather than the women. If they spend time in the pub with other men, or play away, I can understand it.

But then again they don’t marry women for their brains or lively personality; early in life it’s all about sex, having children and in many cases finding a mother substitute. Unlike employers, many men choose to take on someone second rate and settle for very little in terms of an equal companion. Women collude in this low expectation and happily remain as dull as their own gluten-free bread.