NewsPaperthe art of publishing
HomeNewsJane Kelly: India has a space programme and nukes. Why do we...
36

Jane Kelly: India has a space programme and nukes. Why do we give it aid? 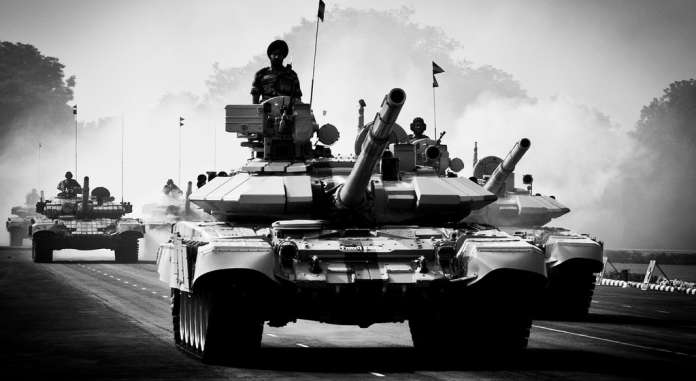 The first commuting day of 2017 began with the news that rail fares are to rise by nearly two and a half per cent to fund the ‘modernisation’ of the network. This massive task, lagging by about 150 years, is to be funded by the public, not the sleazy rail networks, those instruments of privatised ‘choice’ who make millions of pounds of profit every year, much of it going to foreign owners.

That information rather curdled the breakfast kipper as it came with other news, from a Government dossier on foreign aid released quietly just before Christmas, in what The Sunday Times called ‘an obscure section of a Whitehall website,’ which showed that the UK Government gave nearly £100,000 last year to the Indian city of Pune to advise on setting up an ‘intelligent’ bus network.

Research last February from the Campaign for Better Transport revealed that subsidies to rural bus routes in the UK have been reduced by £78 million since 2010, with another £27 million under threat. The report said: ‘Councils say difficult decisions are being made amid government cuts.’

No one wants to sound Scroogelike as we enter a new year but foreign aid is now an issue as pressing as our budget to the EU. It is obviously a good thing to give. Our £13 billion a year in aid has made life more tolerable for thousands of families in refugee camps in Jordan and helped control the dreaded ebola virus and fight HIV in Africa. But the largest recipients are Pakistan, Ethiopia and Nigeria, in that order. India received over £150 million last year, a country with its own nuclear and space programmes, which recently overtook Britain as the world’s sixth biggest economy.

According to The Economist, India spent one billion dollars on its space programme last year. Their spending on public health, at 1.2 per cent of GDP, it called ‘dismally low.’

David Cameron,  a nice man, was keen to keep up our foreign aid budget. Mrs May is a harder case, but she too is sanguine about this giant spending spree to wealthy countries. She wants to discourage people we don’t want, and particularly the Brexiteering public don’t want, from coming here. To make them happier at home so they will stay put. But the chief idea is to keep on friendly terms with often vile and cupidinous foreign elites.

We have recently spent £250,000 snuggling up to officials in North Korea and continued hand-outs to China, the world’s second largest economy, including helping to finance their hospitals. We give money to terrible regimes and do not ask them any questions. Perhaps this is understandable with China and North Korea who are very hard to boss, but even with India, an old friend, we never ask why they still have nearly a million people with no access to clean drinking water, why they have fewer lavatories than Bangladesh, which is twenty three times smaller? Why they still have a third of the world’s underweight children and mass illiteracy?

Back in 2012 there was some murmuring from MPs about making aid conditional on improved governance but no action was taken. Instead the Department for International Development continues making extraordinary contortions in its attempts to please; guinea pigs to Peru and sexual partners for fish in Madagascar, a scheme to get more women MPs in India, even though there are so few here; and to keep this going they are now endangering the living standards of their own people.

As we enter 2017 spending as if we had an economy the size of China or India seems to many no longer fitting; we have a railway that increasingly only the well off can afford to use, declining bus services which hits poorer and older people in rural areas. Women approaching sixty have lost on average £35,000 each as their pension age has been raised and small comforts, such as free bus travel, removed. Cameron’s precious ‘triple lock’ on pensions, keeping the level above inflation, is also threatened.

There is a spending crisis in the NHS. In many areas, free treatments such as removal of varicose veins, cysts, tonsils, and carpel tunnel surgery have disappeared. There are long waiting lists for back pain clinics, joint replacements and cataract operations. It can take five months to see a physiotherapist, even longer for a psychiatrist. We face agonising choices about which cancer drugs to fund. Hospital food is now ludicrously non-nutritious, costing less than two pounds per patient per day in some regions. In 2016 we heard continuous noise about the issue of social care. Our council taxes are about to rise so that the chronically sick and very old can live decently in their homes rather than block hospital beds or suffer neglect.

We hear Britain is still a wealthy country, the fifth richest in the world in 2015, which must be as surprising to many of its citizens as it is to rural Indians to learn that their homeland has one of the most burgeoning economies in the world. Like us they probably think, well where does all the money go?

The question in the UK is whether we can we still afford to go on giving lavishly for reasons of realpolitik rather than real altruism and emergency relief? And if we the people decided we would rather rein in overseas splurging, how can we get our Government, a wealthy elite speaking to other elites, to follow our wishes?