NewsPaperthe art of publishing
HomeNewsJane Kelly: Mary Berry’s loyalty to the BBC takes us back to...
6

Jane Kelly: Mary Berry’s loyalty to the BBC takes us back to more trusting times 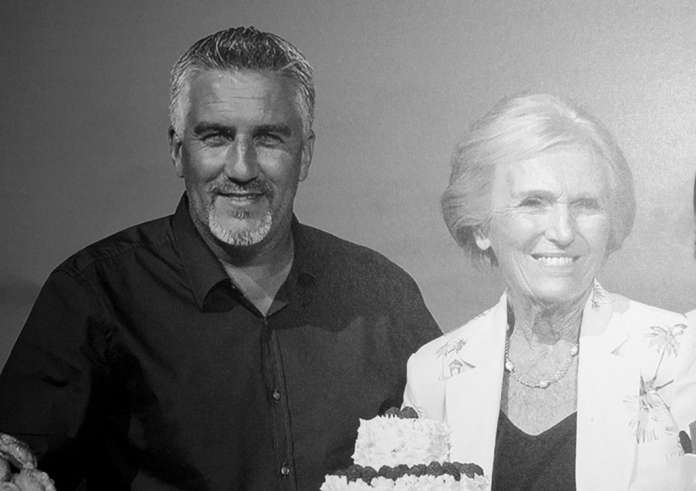 (This blog was originally posted on the Salisbury Review)

It has been a tale of skulduggery, plotting and internecine warfare with the public divided and the press fulminating and censorious. The saga seems never ending and no one comes out of it very well; nothing to do with Tony Blair, David Cameron and his former friends Gove and Boris, or the feuds within the Labour Party. This was an early evening cookery programme, not even that, a light-hearted reality show about baking, filmed in a tent, in the grounds of an English country house.

The success of the Great British Bake Off was a surprise all round. It started quietly enough on BBC2 in August 2010 when it seemed rather silly, showing overweight gay men crying when their fairy cakes fell flat, but somehow it inflated like the most tremendous soufflé and nearly 13 million people started watching – more than for any other programme, even the recent Olympics.

That success was not due to the programme being a great idea, but to a strange chemistry between the presenters, which converted something that had started out as dull as a domestic science class into a real hoot.

Twenty different countries have BBC Bake Off franchises, but only the UK home-baked version is full of jokes, mostly of the end of the pier – Carry on Cooking, ‘Oooer, missus’ type, much missed since the death of Frankie Howerd.

The Bafta award-winning show has had an extraordinary run, but now after seven series, sadly it has all fallen flat as a cake in a cold oven. Channel 4 tried to steal the recipe, buying it from Love Productions for £25 million, a price the BBC could not or would not pay. But in a twist worthy of a TV soap, only one cast member, the boorish Paul Hollywood decided to follow the new money, while the rest of the cast stayed aloof.

Most strangely of all, on September 22nd Mary Berry, CBE, aged 81, the show’s quintessential star, declared that she would not take Channel 4’s shilling  because she felt ‘loyal’ to the BBC. Yes – loyal, that word which in modern parlance, out of the mouths of, for instance, Tony Blair or David Cameron and his former cabinet has, as much contemporary meaning as ‘Zounds,’ or ‘Gadzooks.’

‘My decision to stay with the BBC is out of loyalty to them,’ she said, ‘As they have nurtured me, and the show, that was a unique and brilliant format from day one.’

Her stirring words had the quality of Edward VIII declaring that he could not put his country before his loyalty to the woman he loved and Princess Margaret who, ‘mindful of Christian teaching’ decided not to marry a divorced man.

They also took me back to 1964, when the TV presenter Eamonn Andrews, who had been a BBC presenter since 1955, defected to the new ABC, a franchise of ITV. My parents were desperately shocked. Why had he done it, I asked with childish innocence, mourning his loss to Crackerjack, one of my favourite programmes.

‘For more money,’ came the disgusted reply. Such things just were not done, and for money, it was unthinkable and dirty. My parents were used to serious expressionless faces peering out of the fog of their tiny sets like those of lantern-jawed Robert Dougall, who had been a senior announcer in the British Empire Service and informed the world that we were going to war with Germany.

You could see, if you peered hard, that he was as steady and loyal a man as your local doctor and bank manager, oozing gravitas. Andrews’s name was never mentioned in our house again. My father did not like Irish Catholics anyway, being an Irish Protestant, and Andrews’s treachery took the home-baked biscuit.

Partly, he was despised by people like my parents for the vulgarity of leaving the BBC, seen then as representing British culture at its best, for something so tawdry as ITV, which quite shockingly interrupted output with US-style adverts. I once caught a glimpse of the Gibbs SR film and at a friend’s house in one of the council flats, a raucous game show hosted by Michael Miles, but such things were off limits and as unwelcome as a shiny Butlin’s holiday brochure, which somehow found its way into our house.

‘But why can’t we go to Butlin’s, Dad?’ We asked plaintively and my father found it impossible to explain the reason to us as it was just obvious and could not be put into words.

Charlotte Moore, Director of BBC Content, was quick to utilise those dear dead days of when loyalty existed in her response to the Bake Off crisis.

‘Mary is an extraordinary woman, loved and adored by the British public, and the BBC is her natural home,’ she said, as if the BBC, once high in quality but extremely parsimonious to its staff, had ever been a cosy home to anyone. She knows,  as we all do, that in true reflection of modern materialism, the world of TV is notorious for treachery.

In 1998, the BBC lost the rights to show home test matches on television to Channel 4 after 60 years of showing England’s national game. Channel 4’s coverage which introduced new technology and gave bigger personalities to the presenters and pundits, was a big hit with viewers until the rights moved to Sky in 2005.

No one and nothing is safe anymore, at work or play. We live in a post public service age and poor Mary and Charlotte are deluding themselves if they think loyalty counts anymore. Even Britain’s favourite double act, Morecambe and Wise, who won stupendous ratings for their Christmas specials on BBC1, moved to Thames TV in 1978 and were never quite the same again as far as the critics were concerned. They seemed happy enough, though, as they were a lot richer. Ahead of their time really in the way they placed their wares out to tender.

Charlotte Moore was desperately trying to conjure up a smaller world before commercial TV existed, the time in which Mary Berry and my parents grew up, an age when loyalty, to one’s spouse, community, church, employer, even one’s political party, was an accepted as a given norm,  something to aspire to along with other Christian virtues.

We do not live like that anymore. Perhaps the decline of loyalty can be traced to Guy Burgess. He was a BBC radio producer. Like many BBC staff today, educated at Eton and Cambridge, where he became a Marxist and was recruited by the Soviets to spread international communism.

After Cambridge he became a BBC talks assistant. As war approached, he was recruited into Section D of MI6 as a propaganda specialist then returned to the BBC, eventually becoming the producer of The Week In Westminster, still the flagship programme covering parliamentary activity, giving wide access to politicians.

In the spring of 1944, Burgess was recruited into the news department of the Foreign Office from where he was able to transmit top secret FO documents to the KGB, secreting them out at night to be photographed by his controller and returning them to his superior’s desk in the morning. Later, he was able to provide the Soviets with details of the negotiations between the US and the UK for post- war regeneration. When that little lot came out it was even more of a shock, at least to the establishment, than the defection of Eamonn Andrews to ITV.

Public trust in people in public life declined with the Cambridge Spies scandal, but it was already withering. Burgess and his comrades came from the generation that followed the cataclysm of the First World War when Eton College as a percentage lost more men than any other group in the UK. Those were the days when people heard direct dissent about their leaders and the military, in whom they had put all their trust, in such phrases as, ‘Lions led by donkeys.’

Trust in politicians and those in public life below the monarch has never really recovered. That absence of probity, real or perceived, left a vacuum which was rapidly filled from the 1960s onwards by increasing, unceasing veniality.

TV, despite now being split into dozens of commercial channels, still somehow shows us what we are as a society. To everyone’s surprise we discovered how much we love a show about baking cakes, despite the fact that when it first appeared cake-baking and basic home cooking was in decline, no longer taught in school or apparently relevant as most women are too busy to cook for their families and a great part of the nation grazes on ready meals and Cadbury’s cakes throughout the day, in the evenings guzzling on in front of  modems which were once called a TV sets, sprawling in different rooms, often alone rather than with family members, watching different channels, including graphic online porn.

Mary Berry and her friends at the BBC took us back to an England of home-baked cake, where jokes were saucy rather than graphic or cruel, and people seemed friendly, sharing the same jokes and interests,

The sort you’d like living next door, an achievement in broadcasting only matched these days by The Archers, although they have had to tone down the wholesome goodness of country life and introduce a more realistic depiction of the modern family, full of deceit, test tube babies, marital violence and insecurity.

In the Bake Off, pensioner Mary Berry, like fictional Jill Archer who is 83, offers her audience a kindly, tranquil demeanour, the image of someone with high standards whose word you could trust. Taking us back to the days, long gone, when an Englishman’s (and woman’s) word was their bond, and you could even trust your bank manager.