NewsPaperthe art of publishing
HomeNewsJane Kelly: The Left has abolished history to keep us in the...
65

Jane Kelly: The Left has abolished history to keep us in the dark about today 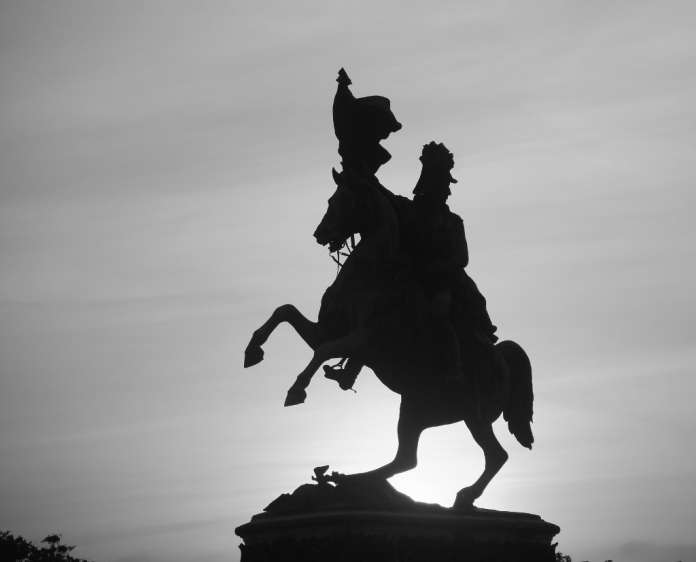 ‘Austria has escaped by a whisker,’ said John Humphrys on the Today Programme on Tuesday at his unbiased best. He was referring to the defeat of Norbert Hofer of the anti-immigrant, Eurosceptic, Freedom Party in his bid to become Austrian president. The largely ceremonial position went to Alexander Van der Bellen, a retired left wing economics professor, backed by the Green Party. The result came a day after polling closed, when more than 700,000 postal ballots, about ten percent of  votes were taken into account.

The BBC Radio 4 reporter who followed Humphrys’s judgement had been to interview Herr Hofer while the postal votes were still being counted. She found him peacefully mowing his lawn. Sounding like a speaker at a student’s union, she opined that immigration was not the issue in Austria or the rest of Europe; political concern was all about the economy with the, ‘rhetoric of immigration feeding into it.’

In the BBC world, people are troubled and driven to vote for the extreme right only when they find themselves poorer and unemployed. They vote instinctively without wider considerations. The reasons for increased hardship and lack of jobs is the fault of capitalism, nothing to do with mass migration.

Economic ruin following defeat in war leading to political strife was, of course, true of Europe between the wars. In the 1920s, Austria experienced economic collapse, incessant civil disorder, and a disintegration of all moderate centre parties.

People do not want to vote for extreme right wing parties because they know about that recent past. Everyone has heard of Anne Frank and no one wants the Nazis back. But the great irony of the Nazi ideology was that their chief victims, the Jews, were not other or alien, they were the most brilliant Europeans. The Nazis wanted the death of the intellectual idea, embodied in modern, European Jewish culture. But since the tragedy of the war and because of the Holocaust, it seems that European people are no longer allowed to protect their culture and identity, even from an obvious enemy.

A study of history further back than living memory would explain why Austrians particularly are anxious about migration. Their position on the map has made it an exposed salient against Islam.

The Battle of Vienna took place on the outskirts of the city on 11-12 September 1683 after it had been besieged by Ottoman Turks for two months. It was fought by the Habsburg Monarchy, Polish Lithuanian forces led by the Polish King Jan Sobieski, and German forces under the Holy Roman Empire.

The battle marked the first time that Europe had united and cooperated militarily against the Turks. It was a turning point in modern history, after which the Ottoman Turks ceased to be a menace to the Christian world. They were beaten back and Europe was made safe to enjoy prosperity and what became known as the Enlightenment.

Hofa stopped mowing to talk to the BBC reporter. ‘Whatever the outcome of this election,’ he said, ‘it will go down in history.’ Perhaps he thought it had marked another turning point, where people for the first time since 1945 could unashamedly voice their fears for the future. He obviously doesn’t realise that no one cares about European history anymore.