NewsPaperthe art of publishing
HomeNewsJane Kelly: Today’s children retreat from the world and find solace in...
21 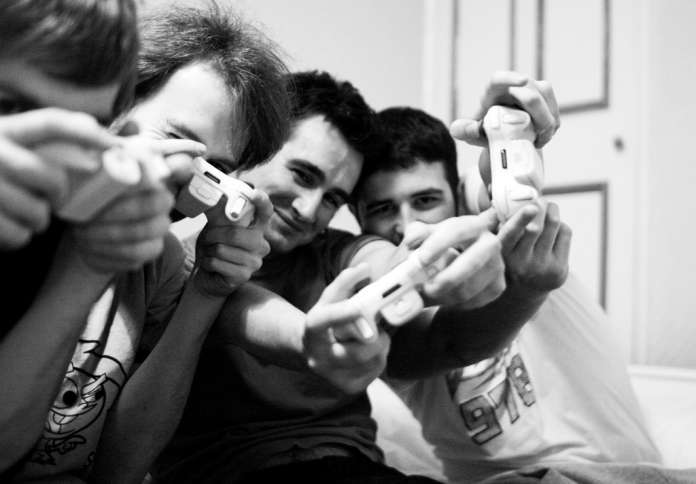 I know little about actual children as I don’t have any. Viewing them from a distance, I know that they are now mostly called ‘kids,’ school pupils are now known as, ‘students,’ and apparently many of them send highly sexualised photos of themselves to each other, starting at the age of ten.

No adult, parent or teacher discourages this, even though it often leads to trouble and distress, sometimes even the law courts. Once in court, however, a girl who has had her private parts displayed to the globe on social media by her vengeful ex, I won’t say boyfriend as we are increasingly into the world of ‘transgendered’ children, will be treated as a victim without personal agency.

It is difficult for me to understand this new world of freely expressed childhood carnality as I was brought up by Victorians. My parents were born in the 1920s, their parents in the 1880s. They all firmly believed that the human body was a disgusting thing, its workings from infancy onwards had to be kept strictly private and never mentioned. When I was a child, the only explicit references to sex, apart from hunting through the pages of Lady Chatterley’s Lover, were glimpsed now and then in the BBC’s Wednesday Play, and gritty black and white films, such as A Kind of Loving. Even there, sex was associated with working class people going to the bad.

After I had left home and gone to university, I was highly embarrassed when my father found a copy of Forum magazine in my bedroom. ‘Don’t let your mother see this!’ he whispered, looking as scared as I was. Well that world has completely vanished. In the new one, children can do what they like with their own bodies and those of others. However, if they step over some invisible line and get accused of misconduct, it will not be to their fathers or mothers to whom they answer, but the police. A grope in someone’s knickers in the sandpit too far, and they can end up on the Sex Offenders Register. Rather than a smack on the legs, they will find their whole future smashed to pieces, a strange, unfathomable dichotomy.

On Tuesday, 20th September 2016, in a proclamation which sounds to me like something from a science fantasy novel by Ray Bradbury, the National Institute for Health and Care Excellence (Nice) drew attention to the issue of young children ‘sexting’ each other and the dangers of ‘stigmatising’ them with heavy-handed intervention through the courts or constantly sending them off for clinical assessments.

However, I have recently realised that this view of children as mini sex offenders is only partial. Some seem to be reaching back to my time, perhaps longing for strong parent figures again, perhaps craving some of what we older people once had, if not the beating and the red marks, perhaps just a strong parental presence.

A recent government report shows that today’s teenagers are less likely to get pregnant and, like the rest of society, are smoking fewer cigarettes than earlier generations. Avuncular, Einstein lookalike, Sir Mark Walport, the Government Chief Scientific Adviser, says that having your face fixed on screens all day, taking in a constant stream of digital information, has resulted in a rapid societal shift and had profound impact on young people. But not the effect one might expect.

According to his findings, teenagers born since the turn of the millennium, the newly classified ‘Generation Z’ are the most socially conservative and thrifty generation since the Second World War. (I belong to generation X as we were constantly trying to sneak into X-rated films.) The study of more than two thousand fourteen and fifteen-year olds found that they are much less likely to approve of gay marriage, transgender rights or the legalisation of cannabis than their parents, the ‘Baby Boomers.’ They also have a much more prudent approach to saving and spending than any generation for the last fifty years.

When asked their opinions on same-sex marriage, transgender rights and marijuana legalisation, on a scale of one to five, from very liberal to quite conservative, fifty nine per cent said that they were on the conservative end of the spectrum. One in seven of them also took a conservative stance on these issues, compared with only two per cent of children born ten years earlier. Only their great grandparents generation, born before 1945 had a higher rating of ‘quite conservative,’ at thirty four per cent.

When it came to finances, teenagers also challenged the notion that they are spoilt spendthrifts. Twenty five per cent of Generation Z, who have grown up since the financial crash, facing student debt and the impossibility of ever owning a home of their own, said that they would rather save than spend money they did not have. A further twenty two per cent said that they never spent on ‘unnecessary, frivolous things.’

If he is a conservative babyboomer, Sir Mark Walport must have thought that Christmas had come early, without the usual reckless overspending. By comparison with the kids, forty per cent of their parent’s generation, people like me brought up in the 1960s, said that ‘money is made to be spent,’ a rather hopeless philosophy, suggesting despair.

Only the pre-war ‘make-do and mend’ generation was more thrifty. Saving the pennies surely means that young people are drinking and smoking less. It has been noted for some time that binge drinking in the street is losing its charm. Figures from the Office for National Statistics for 2015 show that the proportion of this group bingeing at least once a week is now down from 29 per cent in 2005 to 18 per cent in 2013.

Youngsters are taking fewer drugs. Figures from the Health and Social Care Information Centre suggest (HSCIC) from 2013, covering 5,000 children in one hundred and seventy four schools, show that drug use among secondary school pupils has more than halved over the past 10 years. Between 2003 and 2013, regular smoking fell from 9 per cent to 3 per cent of eleven to fifteen year-olds. Ash, the anti-smoking charity, says smoking in children had fallen to a record low.

Walport’s study also found that younger teenagers are more likely to shun tattoos. More than ten per cent of Generation Z said that they hated tattoos and body piercings compared with only two per cent of older teenagers and people in their twenties. But there is a dark side to his report. He also pointed out that although the popularity of social media and computer games had left children with ‘less time and opportunity to participate in traditional risky behaviours,’ meaning drink and drugs, it had exposed them to more ‘hate content’ online.

Computers mean that instead of ‘risky behaviour,’ i.e. going out and getting ‘bladdered’ with your mates, sitting in the church yard with your friends and several bottles of cider as I used to do, or sitting with your family around the TV which could be equally dangerous in terms of violent conflict, youngsters are now more likely to be alone in their bedroom with just your iPad/PC and digital friends for company.

Walport also noted ominously the increasing levels of self-harm and eating disorders. Rather than fighting bitterly with parents and siblings over whether to watch BBC 1 or ITV, many young people are alone upstairs cutting themselves, bullying school mates to death online, or systematically starving themselves to death.

No one in my home when I was growing up would have got away with an eating disorder. The body was a sinful thing but it required regular, plain but nourishing home cooked food. You ate what was on the plate and did not get seconds. What you refused came back on the plate, again and again. No one went to the fridge without permission. Which brings us back to parents; once fearsome rulers in the kingdom of the home, but where are they today?

Generation X, us Baby Boomers who certainly had it all, seem to have abdicated their rule. We are all democrats now. Primary education in the 1960s began to abandon rigour and discipline in favour of walking among the daisies. As children growing up to the music of the Beach Boys and Jefferson Airplane, gliding about in our kaftans, heads full of state-funded projects, from going to RADA or the local Poly, we imbibed the mysterious virus of hippydom, which in part meant believing you could get whatever you want without too much effort or worry.

When I was at school, not so long ago, if you came from an ordinary lower middle class background, university, a good job, nice house and a pension at the end were as certain as The Beatles getting to number one with their next LP. Along with this increasing security and higher standards of living, the need for authority in the home, school and wider society fell away. There seems to have been an unfortunate correlation between that sense of security which proved to be false in the face of advanced capitalism and globalisation, and the decline in the family as a firm, supportive structure.

Western educated young people, frequently now in ‘broken homes’ as we used to say, or the appendage of one lone parent, now seem to have all possible freedom and privacy from their elders, who terrified of damaging their child’s self-esteem, or too tired to get involved, merely watch from a detached distance like fallen, abdicated monarchs, giving away some of their material spoils when required.

If young people are changing into more cautious, conservative creatures, they are doing it for themselves, engaged in the lonely, sad business of self-parenting. While the Baby Boomers are busy seeking for their inner child, it seems their outer children are looking around at the dire consequences of recent economic mismanagement and realising that to survive and prosper in any way, they will have to pull their socks up, stiffen the sinews and get their backs to the wall. Their great grandparents, born before the war and the welfare state would have recognised their situation and been proud of them, not that they would ever have said so.

Share
Facebook
Twitter
WhatsApp
Email
Previous articleNiall McCrae: Fix care in the community or face backlash
Next articleLeslie Loftis’s America Watch: Only a Constitutional Amendments Convention can save us