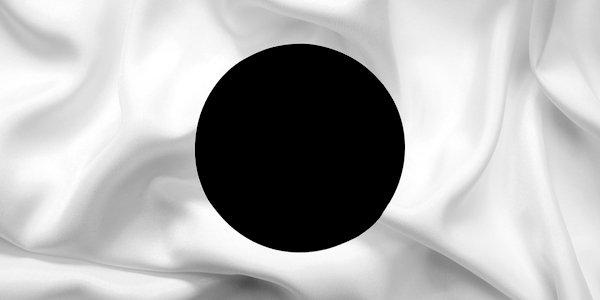 ‘I know it seems to have caused some angst,’ he patronises, ‘but I think in the overall scheme of things when you look at Australia versus other countries around the world, United States is basically at one million deaths and Britain’s at 150,000 to 200,000 or so.’ The official figure for Australia is 178.

For argument’s sake let us put aside the ‘did they die with or from Covid-19’ question.

McGowan also forgot to mention, (perhaps he doesn’t know) that there are also countries that adopted lighter, more humane responses to the pandemic than his, and have lower death rates than the countries which governed their citizens the hardest.

Were I a senior Australian politician or Public Health quack, I would hope that no one discovers a certain major country that achieved an even lower death rate than Australia’s (and Vietnam’s), without limitless state cruelty and with far fewer sacrifices made by its citizens: Japan.

But they never mention Japan, neither as a pandemic success nor as a pandemic failure, which suggests that they know ‘Covid success’ is possible without Maoist repression, but don’t want the world to know.

Japan’s Prime Minister Shinzo Abe was accused of reckless inaction for not locking down in March 2020, even after a report by his own health ministry warned that Japan could face 850,000 severe cases and 420,000 Covid-19 deaths.

Instead, he ordered a non-enforceable state of emergency asking, not compelling, people to stay at home ‘if possible’.

With 126million people packed into densely populated megacities, the country ended up being one of the very few in the world that had no excess mortality in 2020, needless to say with no vaccine available. The overall Covid mortality rate stands at 161 deaths per million people, lower than Australia’s 178. How did they manage that?

Border closures? Not quite. Japan kept their borders open throughout February and March when the virus was spreading across the world.

Claims that Japan’s low death rate is due to the common practice of mask-wearing are nonsense. If masks worked so well in Japan, why did they fail so badly in so much of Europe and the US, where mask-wearing was stringently enforced under the threat of police brutality, harassment, shaming, and ruinous fines?

As the occasionally inadvertently useful ‘Fullfact‘ acknowledges, Japan’s Health Ministry also explicitly forbids vaccine mandates and vaccine-based discrimination: ‘Please get vaccinated of your own decision, understanding both the effectiveness in preventing infectious diseases and the risk of side effects. No vaccination will be given without consent. Please do not force anyone in your workplace or those who around you to be vaccinated, and do not discriminate against those who have not been vaccinated.’

Alas, Australia’s premiers think they are so righteous they can discard these ethical fundamentals.

We would undoubtedly ‘save lives’ if we forcibly extracted people’s organs and blood and transplanted them into other people who were in more immediate peril, but this would still be wrong, wouldn’t it? A computer would disagree, and this is the problem. We are governed by machine men with machine minds and machine hearts. They see our lives as numbers on excel spreadsheets.

The government could ‘save’ our lives from many dangers if they locked us down perpetually. It is possible that the lockdowns saved my life from an out of control vehicle or perhaps a random knife attack had I been freely living my normal life during those lost months of spring 2020.

Who knows, but I would not expect the government to kill or subjugate innocent people to protect me from a hypothetical scenario. Where I venture, and what risks that involves, is on me. In a sense, our lives are not theirs to ‘save’.

But I know that had lockdown happened a year earlier, I would not have been able to enjoy my graduation ceremony on a particularly beautiful summer’s day on London’s South Bank, that I would not have had so much fun at a festival in Portugal, travelled across Spain (without mask mandates and gathering limits that suck the joy and adventure out of everything). Had there been a lockdown in 2019, I might never have met my girlfriend at a bar in Putney. There are millions of young people who were robbed of those precious milestones and chance encounters through no fault of their own. They should be a great deal more angry than they are.

I also know that because lockdown happened when it did, my great aunt and thousands of others were left to deteriorate and die in a state of neglect and loneliness.

This appeared on the Harry Dougherty Blog on February 24, 2022, and is republished by kind permission.