NewsPaperthe art of publishing
HomeNewsJason Newman: Don’t worry – the US cavalry will save UK conservatism
0

Jason Newman: Don’t worry – the US cavalry will save UK conservatism 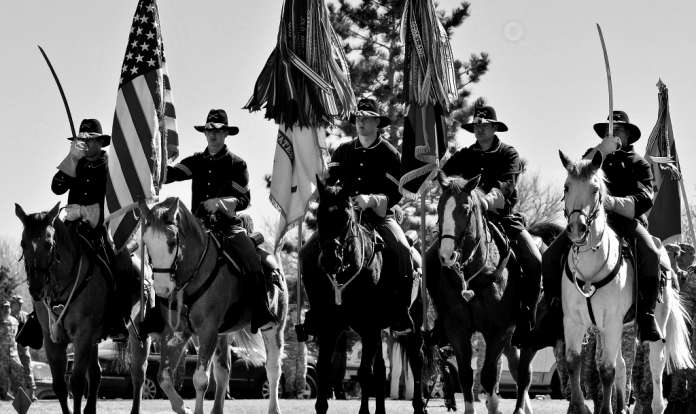 In his book How to be a conservative, Roger Scruton asserts that “Conservatism is boring but true.” He is in many ways right; “delay is life” doesn’t exactly enthuse one as much as, “viva la revolution.” Although as any educated person knows, the latter tends to get a bit more bloody than the former. Nonetheless, conservatives in Britain and indeed across Western Europe can no longer afford to be boring – ignore the youth vote and they will lose the future. Conservatism’s very existence as an ideology is at stake.

Conservatism has a serious branding issue all over Western Europe – any party that tries to champion a policy remotely conservative will be immediately labelled right-wing and promptly deemed unelectable. The recent election has proven that trying to rebrand and become less conservative does nothing to solve the problem either. Theresa May’s adoption of libertine social democratic policies did nothing to stem the usual labels of ‘racist’, ‘sexist’, ‘elitist’, blah blah blah.

Most politicians who have a conservative opinion on a given issue seem to express it almost apologetically for fear they may offend and lose votes: “ever so sorry but I believe marriage is between a man and women”; “hate to be a nuisance but I think people should keep a reasonable amount of what they earn.” The Left don’t do this. Corbyn and his like paint anyone who dares to accumulate any wealth as if they are nefarious fat cats located in some baroque-style castle smoking large cigars, drinking port and plotting how to screw over the plebs. They have no qualms mandating that Christian bakers have to bake cakes supporting gay marriage and see no problem in marching under hammer and sickle banners. In short they are not afraid to offend, and offend they do.

The Twitterati went into a tizzy on Sunday when Laura Perrins reviewed the papers on Sky for the same reason they do any time Peter Hitchens makes an appearance on television. Like Peter Hitchens,  she dared to be passionate and unapologetic about her beliefs. Conservatives should be dull and uninspiring. The Left doesn’t like it when this mould is broken.

Given a choice between the watered down centre-left policies of dull leaders like Theresa May and the sheepish tones of the few genuinely conservative politicians, is it any wonder young people are put off by conservatism and conservative parties? For his many, many faults, Corbyn believes what he says and says what he believes. He does so with an air of confidence and authenticity that young people pick up on. Despite his geography teacher appearance, he gets young people excited.

The question is how do conservatives counter this?

Look over the Atlantic at how American conservatives conduct themselves and European conservatives may find an answer. Yes, we enjoy laughing at their zealousness, their God and guns stereotype, and at times we love to ridicule some of their, shall we say, more quirky characters, but they are slowly but surely beginning to turn the tide of opinion among the youth. Campus speakers like Ben Shapiro and Dinesh D’Souza pack out lecture theatres. They are funny, bombastic and most importantly unapologetic, while still remaining reasoned and insightful.

Conservative internet personalities, like Steven Crowder or Tomi Lahren,  bring in millions of young viewers and listeners with their punchy light-hearted take on leftist lunacy. There are dozens more conservatives with platforms taking the fight to the left-wing orthodoxy, while extolling the benefits conservatism can have for young people. The available evidence would suggest that this is having an effect. Polls show that in American generation Z (those coming to the end of high school) will be the most conservative generation since WWll. They are proof conservatism can be marketed successfully to young people.

I mean, for God’s sake, “strong and stable leadership”. I’d be worried about the teenager or twenty-something-year-old that actually found that slogan attractive. May opted for the classic reds under the beds strategy – one driven by fear and generally summed up as “well at least I’m not the other fella.” To stand against something is easy, to stand for something is a lot more difficult. Conservatives decided they stood for very little, and what they did stand for certainly wasn’t conservative.

Instead of tackling Corbyn’s socialism head on, May acquiesced to it, peddling her own brand of social democracy. What would have been wrong with extolling the virtues of capitalism? What would have been wrong with promising young people a system that can give them the sun, moon and stars if they should only be bold enough and hard-working enough to go out and grasp it?

Why not ditch the jargon and adopt simple rhetoric, like Corbyn? He offered free tuition. What would have been wrong with saying to young people that as a Conservative government we want to cut the amount of money we take from you each year? We’ll cut VAT and make everything you buy, from clothes to iPhones cheaper, we’ll cut tax rates on part-time work that most of you are engaged in to pay your tuition.

While admittedly still not as attractive as Corbyn’s promise of “free stuff”,  these are just some of the realistic practical conservative policies that could be implemented to attract back at least a portion of the youth vote. The thing is conservative parties across Europe don’t need to win the majority of the youth vote to win an election, they just need to not lose by the large margins they have been losing by. Keep the loss down to a few percentage points and the grey vote will balance out the difference (provided you don’t threaten to take their houses off them).

The Conservative Party in Britain and the conservative movement across Europe have two vital lessons to learn from across the Atlantic when it comes to selling conservatism to young people. 1) the problem is not with the original product; 2) the problem is how the product is marketed.

Conservatism can remain boring but true, while being proposed apologetically, and lose elections. It can be watered down and lose elections. Alternatively, it can be proposed unashamedly and positively in its true pure form by people who actually believe what they are saying. The US example is evidence this works.

The current group of 18-24-year-olds may well be a lost cause, but coming up close behind them is a new group who in a few years will occupy that category and will soon be deciding what they believe. Conservatives need to stop being boring, FAST.