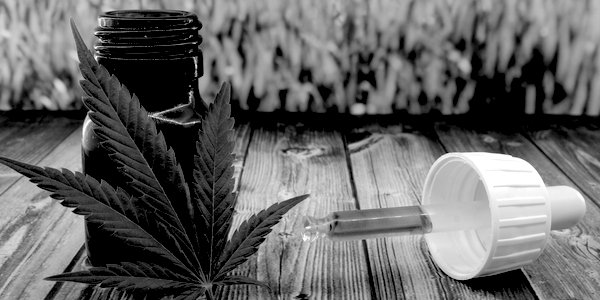 THE Home Office’s timing is impeccable. It is truly wonderful how they catch the mood of the people. Just as the penny is finally dropping amongst the great and the good that no, cannabis is not as benign as their youthful memories would have them believe – as they see their own and others’ children fall by the wayside or worse – Sajid Javid has given the green light to the first drug-testing clinic in the UK.

Please don’t misread this: it’s not a go-ahead for testing kids for their drug use (a rather good idea very effectively used by Swedish youth services and police to keep their teen drug use down). This, dear reader, is about testing the drugs the young people are taking. Sajid Javid has children and he needs to rethink this.

He cannot be unaware of the changing mood in the country towards drugs. It is evident in the palpable change of heart of commentators such as Celia Walden who wrote recently that what she’s seen in California has changed her mind about legalising cannabis here.

It is not to overstate it to say that the backlash has begun – and not before time. A new book by Alex Berenson demonstrating that the US experiment with recreational legal cannabis has been a fatal mistake has made a big impression here too.

Even the Guardian is coming round to facing the incontrovertible facts linking teen cannabis use with adult depression and worse.

Responding to the drugs use evidence relating to the unspeakable murder of Alesha MacPhail, Magnus Linklater explains why relaxing the laws on cannabis, in terms of public policy, is a dreadful idea. Looking back, he writes, we should be grateful that Alan Johnson, then Labour Home Secretary, stuck to his guns against Professor David Nutt and won the policy argument. Indeed we should. Not that the legalisers gave up, or that the pressure to ignore drug laws diminished. It didn’t.

The battle has been going on since, one front being licensed drugs testing, something which is massively supported by drug legalisation lobbyists who will push at any door that leads to the normalisation of drug use. As with medical cannabis, they haven’t had to push very hard when it came to our sometimes naive Home Secretary. As reported in the Guardian, the so-called ‘lifesaving scheme’ which he has sanctioned will be the first drug-checking service licensed by the Home Office. It will allow users to have their illicit substances tested for purity and safety without fear of being arrested. A year-long pilot, we find, has already started in Somerset run by the charity Addaction, which began its life many years ago devoted to getting people off drugs, not helping them use and stay on them.

Those behind this inspired venture (which you, dear taxpayer, will be funding) hope that it will be rolled out nationally. You bet they do. This isn’t a pilot for a tent at a festival, this is for a regular clinic where anyone over the age of 18 can take their illicit drugs to be tested.

It is a green light for drug use, and in this upside-down world we inhabit it is in direct (Home Office licensed) contradiction to current drug law (the Misuse of Drugs Act). David Raynes, the anti-drugs campaigner, warns that drug-testing services such as this have not been thought through with the clarity the public deserve, that they will normalise drug-taking amongst the young and also offer an illusion of safety. He is right. When the idea of drugs testing at music festivals was mooted two years ago, he said: ‘They tell drug users about purity, but purity is not a measure of safety, quite the opposite in some cases . . . This also offers a helping hand to drug dealers by providing them with a testing service. They can get their supply checked before they go off and start pushing.’

And that surely is something that the case of Alesha MacPhail should not have had to tell us: the police and the drug charities ought to be preventing, not encouraging.