NewsPaperthe art of publishing
HomeNewsJesus and the hidden joke
38

Jesus and the hidden joke 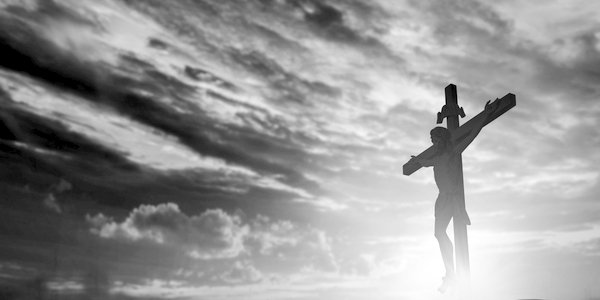 I ONCE wrote a book about the thirty-four parables of Jesus and titled it Jesus’ Jewish Jokes with the subtitle The Amusing Short Stories of the Son of God. There is a widespread notion put about by the Bulstrodes and Sowerberrys in our churches and chapels who make a misery out of Christianity. These are people for whom jokes are no laughing matter. They imagine that jokes and serious things don’t belong together. Of course they do! Life is not divided into compartments, but the funny and the tragic, the rough and the smooth, are all mixed up together – as you know very well. As Charles Lamb said, ‘Anything awful makes me laugh. I once disgraced myself at a funeral!’

There is a good joke in today’s gospel and I’ll tell you what it is in a minute. But first let’s read the gospel together:

‘There was a certain rich man, which was clothed in purple and fine linen, and fared sumptuously every day: And there was a certain beggar named Lazarus, which was laid at his gate, full of sores, And desiring to be fed with the crumbs which fell from the rich man’s table: moreover the dogs came and licked his sores. And it came to pass, that the beggar died, and was carried by the angels into Abraham’s bosom: the rich man also died, and was buried; And in hell he lift up his eyes, being in torments, and seeth Abraham afar off, and Lazarus in his bosom. And he cried and said, Father Abraham, have mercy on me, and send Lazarus, that he may dip the tip of his finger in water, and cool my tongue; for I am tormented in this flame.But Abraham said, Son, remember that thou in thy lifetime receivedst thy good things, and likewise Lazarus evil things: but now he is comforted, and thou art tormented. And beside all this, between us and you there is a great gulf fixed: so that they which would pass from hence to you cannot; neither can they pass to us, that would come from thence. Then he said, I pray thee therefore, father, that thou wouldest send him to my father’s house: For I have five brethren; that he may testify unto them, lest they also come into this place of torment. Abraham saith unto him, They have Moses and the prophets; let them hear them. And he said, Nay, father Abraham: but if one went unto them from the dead, they will repent. And he said unto him, If they hear not Moses and the prophets, neither will they be persuaded though one should rise from the dead.’

It’s a terrific punchline: ‘If they hear not Moses and the prophets, neither will they be persuaded, though one rose from the dead.’ Now I come to the great joke hidden away in a few innocent words in this parable: ‘For I have five brethren’. So here is is the background to Jesus’s joke.

Jesus was involved, as you know, in a long-running conflict with the Pharisees and priests. There were two main religious-political parties in Israel: the Pharisees and the Sadducees. Pharisees were meticulously, nit-pickingly religious. They had complicated the Ten Commandments into The 613 Traditions of the Elders. The Sadducees were hardly religious at all. They were the politicos, the high-ranking section of society who, out of self-interest, sucked up to the Roman forces of occupation. They were appeasers, clients. In the Second World War they would have been part of Vichy France. The Sadducees’ devotion did not rise above lip-service and they certainly did not believe the Jewish doctrine of the general resurrection of the dead, a teaching upheld by their fierce rivals the Pharisees.

Ironically the Chief Priest was always chosen from the non-believing Sadducees. (I say ironically, but comparisons with our modern bishops spring at once to mind) The High Priest at that time was a man named Caiaphas who had five sons. When Jesus mentions the five sons destined for hell come the general resurrection, he was making a satirical reference which would have caused much noisy amusement among the crowd, who hated the Sadducees. The haughty Sadducees would not have been amused.

Of course, the pointed remark about the five brothers not being persuaded though one rose from the dead is also a prophecy of the scepticism and lack of regard concerning the resurrection of Jesus himself which was there from the earliest days of the Christian faith. We should not imagine that scepticism about the resurrection is new, dating only from ‘demythologising’ German theologians from a hundred years ago and the former Bishop of Durham, David Jenkins. About five years after the first Easter Sunday, St Paul preached Jesus’s resurrection in Athens and he was laughed to scorn. The earliest preaching by the apostles was dismissed as the babbling of drunks. The Jerusalem authorities alleged that the disciples had made the whole thing up.

This parable is commonly called that of Dives and Lazarus, but here ‘Dives’ is not a proper name, only the Latin expression used in the Vulgate Bible for ‘rich man’. Lazarus means ‘God is my help’ and the man so named here is not to be confused with the one recorded in St John’s gospel as having been raised by Jesus from the dead. Lazarus in the parable is the one referred to in the In Paradisum section of the Requiem Mass, usually as the priest leads the coffin from the church to the burial:

(May angels lead thee into paradise; upon thine arrival, may the martyrs receive thee and lead thee to the holy city of Jerusalem. May the ranks of angels receive thee into eternal rest with Lazarus who once was poor).

The section has become better known in recent years through the musical setting of the Requiem by Gabriel Fauré. This most dramatic parable of Dives and Lazarus has received many artistic treatments and one particularly affecting is from Richard Crashaw’s 1646 poem Steps to the Temple:

Rich Lazarus! Richer in those gems thy tears

Than Dives in the robes he wears

He scorns them now but Oh they’ll suit full well

With the purple he must wear in hell

At the feet of the starved man hung upon the Cross

Christ that each day, each night, nails thee there

Have mercy on us

On Dives and on Lazarus

Under the rain the sore and the gold are one.

That is the wonderful thing about the Scriptures: they do not lie dead in the past, rather their truth re-appears and is understood afresh throughout the stories we tell each other and the poems we sing