NewsPaperthe art of publishing
HomeNewsJesus was no Marxist
17

Jesus was no Marxist 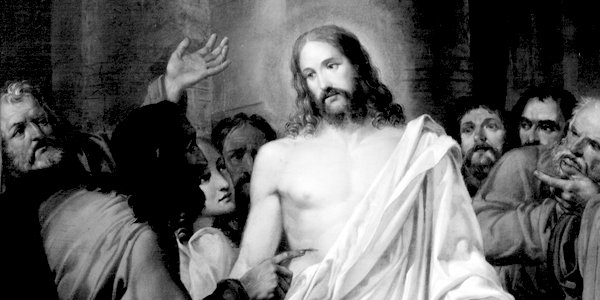 You’ve got to hand it to him. Anyone else and 100million deaths as a result of attempting to implement your ideas would consign you to the gulag of history. But not dogged old Karl Marx, whose ideas just keep on resurfacing no matter how many lives are sacrificed in the cause of showing how miserably they fail.

Next year it will be 30 years since the fall of the Berlin Wall – 30 years since the world finally turned its back on Marxist socialism and communism. Or so we thought. For today, in 2018, we find that the British Labour Party has been taken over by a cabal of politicians proud to acknowledge their debt to Marx, and the mainstream media are happy to print adulatory write-ups of the discredited economist to mark 200 years since his birth. Discredited, I say, for such I once took to be the sure verdict of history. But, as Marx himself once observed, history repeats itself, the first time as tragedy, the second as farce. The tragedies of Marxism are well-documented, though not as well-known as they should be, given how infamous are the horrors of that other 20th century totalitarian nightmare, fascism. The farce, on the other hand, we can only pray we will never be so unfortunate as to experience for ourselves.

It is often suggested by Left-wing apologists that the failures of Marxism and communism are only those of the political leaders and their circumstances, and not of the pure theory penned by Marx himself. Such a defence cannot be credited, however, when it is abundantly clear that Marx personally envisaged and agitated for violent revolution, in which the labouring classes would overthrow the property-owning classes and establish a ‘dictatorship of the proletariat’. He expressly had no interest in small-scale socialist experiments and communes, as were not uncommon in 19th century Europe and America, which he criticised for their lack of ambition and failure to make a systemic difference to the exploitation of workers. The driving point of his theory was that capitalist society contained inherent class conflict which could only and would necessarily be resolved by violent crisis and revolution. Whether or not this violence can, under his determinist theory of history, fairly be described as his aim or goal, certainly he foresaw it, did not counsel to avoid it, and personally agitated for it. The charge of culpability most definitely sticks.

Some Christians have argued that Marx’s philosophy has a lot in common with the teaching of Christ and his vision of the kingdom of God. Liberation theology is heavily Marx-inspired, and the Archbishop of York, John Sentamu, was unequivocal in 2015 that the ‘extremely Left-wing’ maxim of Marx, from each according to his resources, to each according to his need, was the ‘theology of where I am coming from’. A considerable number of Christians see in the communist ideal of a classless and stateless society a secularised version of Jesus’s vision of the kingdom of heaven.

Indeed, there can be no doubt that Jesus had some strong things to say about wealth and possessions and the treatment of the poor. He also, much like Marx and communism, and perhaps surprising for many Christians today, did not regard marriage and family as having a continuing role in the kingdom of heaven. He taught his followers to sell their possessions and give to the poor, that there will be no marriage in heaven, and that those who leave family behind for the sake of the kingdom are blessed by God. This radical legacy was continued by his followers, with the early church in Jerusalem described as having all things in common and pooling their resources, Paul teaching that he wished all could be unmarried as he was (being the ‘better’ state), and the monastic tradition idealising living without private property, marriage and family as a foretaste of heavenly life on earth.

The crucial difference, however – and this really cannot be overstated for any Christians being tempted by Marxist philosophy – is that Jesus’s invitation to life within the kingdom of God was always voluntary. There was no compulsion to take part, no violent revolution, no overthrowing of the present order, and no dictatorship of the people. Renouncing wealth and possessions, and marriage and family, for the sake of the kingdom was not something to be imposed on all but something about which people were to be challenged – with a touch of hyperbole, we can presume – as part of their response to his call. This distinction is crucial if we are to understand why the implementation of Marxist philosophy is so brutal, so dysfunctional, and so contrary to sound moral principle, in contrast to the teaching of Christ.

Jesus was also clear that his teaching on the kingdom did not come at the expense of the moral law and the commandments, or respect for worldly government. More generally the Bible teaches that the moral law – given by God in creation, written on the hearts of human beings, and grounded in human nature – is the foundation of all just government. Consisting essentially of respect for life, liberty, property, family and legitimate authority, and well summarised in the Ten Commandments, the moral law is the non-negotiable foundation for any vision of human society that respects human dignity and the limitations of the human condition. It does not define a perfect state – imperfect, fallen human beings cannot create such a state, though under it states can be better or worse depending on how well they achieve important public goods such as security, prosperity and solidarity – but without it states cannot stake any claim to respect human life and human dignity.

Marx and his followers erred essentially because, unlike Christ and the Christian tradition, they failed to recognise the basic imperfection of human nature, and thus the indispensable place of the moral law in underpinning societies in which fallen yet free human beings can flourish. While accepting this truth does mean accepting the inevitability of social imperfections such as class distinctions and inequality, which will always persist to some degree, it also allows us to see why they occur, and how they can be ameliorated within the constraints of human nature and the moral law.

Marx’s stateless and classless society is and always has been a chimera, an ideal ill-suited to human nature, unattainable this side of heaven, and dangerous to try. Human beings are fallen and they are free, and any political vision which fails to recognise and respect this will fail, and tragically so.