NewsPaperthe art of publishing
HomeKathy GyngellJFK's speech against censorship – what politician could say this today?
103

JFK’s speech against censorship – what politician could say this today? 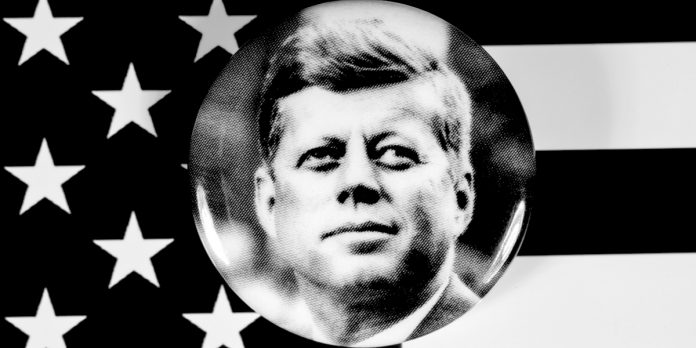 THERE was a time when politicians understood principles, and did their best to act on them. A time when politicians understood the foundations of democracy and the values of Western civilisation on which it rests. This is not to paint an over-rosy picture of the past. It is simply to state the fact that amidst the inevitable smattering of venal or corrupt politicians, there were always those who could articulate what truly mattered, indeed what made Western society better, what they felt passionate about. They understood their past. They understood the need for eternal vigilance even if, in their private lives, they were sometimes found wanting. That there could be a gap between principle and personal behaviour was a cause of criticism; it was not a reason for relinquishing principle.

John F Kennedy was a flawed man. His greatness lay in his understanding of the profound, of what really mattered, as it did too with Reagan, Thatcher and in the Labour Party for the last time, with Robin Cook, in a way none of our corrupt careerist political class today seem to grasp, let alone have the ability to articulate. That includes the educated veneer that is Boris Johnson. They are all unaware of the basic premises on which freedom stands or falls, first of which is the need to attack censorship.

To remind them, we reprint President Kennedy’s great speech to the American Newspaper Publishers Association on April 27, 1961, that rebukes us all. You can hear it here and read a full transcript here. This is an extract:

‘The very word “secrecy” is repugnant in a free and open society; and we are as a people inherently and historically opposed to secret societies, to secret oaths and to secret proceedings. We decided long ago that the dangers of excessive and unwarranted concealment of pertinent facts far outweighed the dangers which are cited to justify it. Even today, there is little value in opposing the threat of a closed society by imitating its arbitrary restrictions. Even today, there is little value in ensuring the survival of our nation if our traditions do not survive with it. And there is very grave danger that an announced need for increased security will be seized upon by those anxious to expand its meaning to the very limits of official censorship and concealment. That I do not intend to permit to the extent that it is in my control. And no official of my Administration, whether his rank is high or low, civilian or military, should interpret my words here tonight as an excuse to censor the news, to stifle dissent, to cover up our mistakes or to withhold from the press and the public the facts they deserve to know.

‘For we are opposed around the world by a monolithic and ruthless conspiracy that relies primarily on covert means for expanding its sphere of influence – on infiltration instead of invasion, on subversion instead of elections, on intimidation instead of free choice, on guerrillas by night instead of armies by day. It is a system which has conscripted vast human and material resources into the building of a tightly knit, highly efficient machine that combines military, diplomatic, intelligence, economic, scientific and political operations.

‘Its preparations are concealed, not published. Its mistakes are buried, not headlined. Its dissenters are silenced, not praised. No expenditure is questioned, no rumour is printed, no secret is revealed.

‘No President should fear public scrutiny of his programme. For, from that scrutiny comes understanding; and from that understanding comes support or opposition. And both are necessary. I am not asking your newspapers to support an Administration, but I am asking your help in the tremendous task of informing and alerting the American people. For I have complete confidence in the response and dedication of our citizens whenever they are fully informed.

‘I not only could not stifle controversy among your readers, I welcome it. This Administration intends to be candid about its errors. For as a wise man once said, “An error does not become a mistake until you refuse to correct it.” We intend to accept full responsibility for our errors. And we expect you to point them out when we miss them.

‘Without debate, without criticism, no Administration and no country can succeed, and no republic can survive. That is why the Athenian lawmaker Solon decreed it a crime for any citizen to shrink from controversy. And that is why our press was protected by the First Amendment – the only business in America specifically protected by the Constitution – not primarily to amuse and entertain, not to emphasize the trivial and the sentimental, not to simply give the public what it wants, but to inform, to arouse, to reflect, to state our dangers and our opportunities, to indicate our crises and our choices, to lead, mould, educate and sometimes even anger public opinion.

‘This means greater coverage and analysis of international news. For it is no longer far away and foreign, but close at hand and local. It means greater attention to improved understanding of the news as well as improved transmission. And it means, finally, that government at all levels, must meet its obligation to provide you with the fullest possible information outside the narrowest limits of national security.

‘And so it is to the printing press, to the recorder of man’s deeds, the keeper of his conscience, the courier of his news, that we look for strength and assistance, confident that, with your help, man will be what he was born to be: free and independent.’