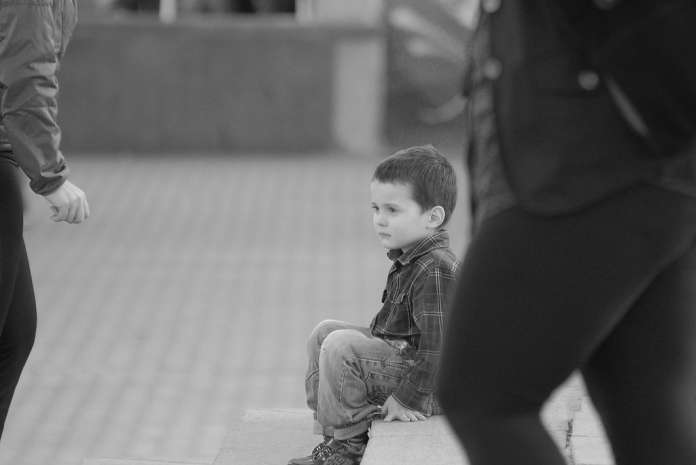 The last Labour government laid a series of policy landmines, primed to explode under its successor in Downing Street. They were designed to portray Conservative opposition to the policies as stony-faced and heartless. A prime examples was the Child Poverty Act, which made  the “abolition” of child poverty by 2020 a legally binding target.

It decreed that by 2020 no child would be living in a household with less than 60 per cent of median income. Despite the obvious flaws in such a decree, it met with no resistance from the Conservatives. And it has predictably provided a stick with which critics can beat the Coalition Government.

Those critics include the coalition’s own poverty adviser (and former Labour minister) Alan Milburn, who surfaced this week to point out that the Government’s plans for conquering child poverty are bound to fail. Even though many more households are in work, he says, having a working parent does not lift children out of poverty.

But it is obvious that the “poverty line” is an artificial measure. As the Centre for Social Justice has pointed out, the goal of bringing families with children above 60 per cent of median household income can be achieved by statistical changes which do nothing to improve the lives of children. For example, increasing the state pension results in an increase in median income, which pushes more children below the line. Yet the income of these children’s families remains unchanged.

More importantly, measurements of household income tell us very little about the quality of children’s lives. Poverty is often associated with family breakdown, addiction, chaotic parenting or a combination of all these things. Yet there will be huge variations in child welfare across households with similar incomes but very different attitudes to work, family stability and child rearing.

At the Department for Work and Pensions, Iain Duncan Smith has argued for changes in the way poverty is measured, but his proposals have been blocked by the Treasury.

As Mr Milburn acknowledges, the Coalition is making headway in its fight against worklessness. But it has sorely neglected other causes of child poverty. Most conspicuous of all is the Government’s lack of an agenda to strengthen families by incentivising marriage and family stability.

27 per cent of all families with dependent children are headed by a lone parent; only 1 in 10 of these is a lone father.

In a quarter of the nation’s families, therefore, women are raising children alone. Data shows that the majority of them do not receive maintenance payments  from the fathers of their children.

Politicians are too unwilling to point out raising a family – just like starting a family – takes two. Single mothers of young children cannot both work and care for their children at the same time, and it is rare that they are able to earn enough money from work to cover their childcare costs.

A welfare policy that treats them as independent units is never going to “abolish” child poverty.

The only way to improve these children’s lives is to insist that both parents play their part.

Almost every time a child poverty discussion takes place in the media, a single mother will be quoted, complaining that even though she is working (usually part-time) she cannot afford to meet her child’s needs. Yet the interviewer never asks “Where is the daddy?” or, more importantly, “why isn’t he helping you raise his child?” These are questions that need to be asked, and that need to be built back into our welfare system.