NewsPaperthe art of publishing
HomeNewsJill Kirby: Until Harman gets off her feminist high horse Labour’s stance...
4

Jill Kirby: Until Harman gets off her feminist high horse Labour’s stance on family is all hot air 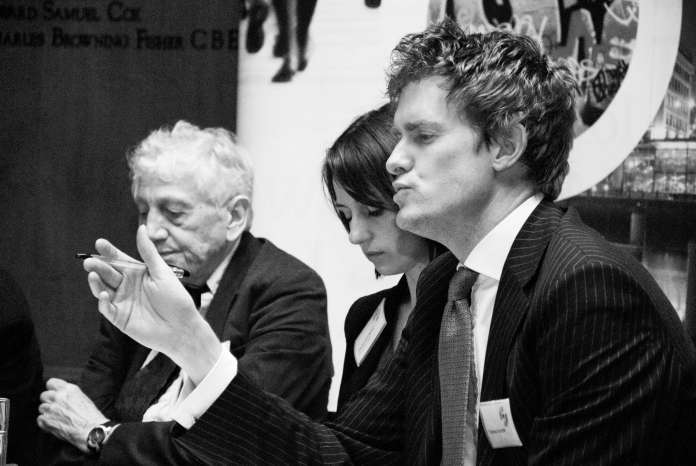 Shadow education secretary Tristram Hunt says he doesn’t want to see the Tories outflank Labour on family policy, so he’s calling on his colleagues to change their tune and admit the importance of two-parent families. As Hunt rightly points out, good parenting is vital to improving a child’s life chances, so it’s impossible to be the party of social mobility unless you are also the party of the family.

A bit late for that, you might say, looking at Labour’s record on marriage and fatherhood. The last Labour government seemed hell bent on breaking up the married family in its attempt to prove that one parent was as good as two. Gordon Brown’s vast and expensive tax credit system rewarded lone motherhood and penalised couples; no wonder Britain became the lone parent capital of Europe.

With breathtaking understatement, Hunt admits that “too much of the Labour project was closely associated just with fiscal transfers rather than stressing the importance of bonds and attachments and relationships and the broader cultural importance and value.” Well, that’s a polite way of describing Labour’s mindset, where the obsession with feminist dogma combined with a rejection of traditional norms to undermine the two-parent family.

Do Hunt’s comments suggest that his party really wants to apologise for its record and turn over a new leaf? Will the Labour front bench now start sounding more like Frank Field? Will Harriet-this is-what-a-cheap-stunt-looks-like-Harman get off her feminist high horse and look at the damage her welfare policies did to the poor? Somehow I don’t think so. Regrettably, it seems more likely that Tristram’s is a lone voice; indeed his own comments imply as much. Labour is still, he says, frightened of the “F-word”.

A party that can’t bring itself to talk about two-parent families has no hope of uttering the “M-word”. All Hunt’s talk of stability is as nothing if he skirts this fundamental truth – that marriage is the missing ingredient, the glue that holds parent together and which is crucial to the survival of the couple family.

So does this leave the Conservatives still in command of family policy? Well, hardly. A transferable tax allowance worth a maximum of £200 a year, with effect from 2015, is George Osborne’s only concession to marriage, in stark contrast to the £2,000 per child offered to parents (married, single or cohabiting) who outsource the care of their children.

And in case you were getting excited at the thought of the Government’s new “family test” to be applied to all new policies by Iain Duncan Smith, take a look at the small print. The guidance for government departments applying the test tells them to focus on “strong and stable family relationships”, including (wait for it) “Couple relationships (including same-sex couples) including marriage, civil partnerships, co-habitation and those living apart, together, relationships in lone parent families, including relation between the parent and children with a non-resident parent, and with extended family, parent and step-parent to child relationships, relationships with foster children, and adopted children, sibling relationships, children’s relationship with their grandparents, kinship carers and extended families, particularly where they are playing a role in raising children or caring for older or disabled family members.” In other words, the test is so broad as to be totally meaningless.

Thanks to the coalition’s pusillanimity and political correctness, every government policy still has to be tested through Labour’s Equality Impact Assessments. To this nonsense will now be added a new box-ticking exercise to enable the Prime Minister to boast that families are at the heart of Conservative policy-making. Sad to say, it’s just another expensive piece of spin

Share
Facebook
Twitter
WhatsApp
Email
Previous articleLaura Perrins: Orders from the State. Prepare your children for pornography, drugs, binge-drinking and transgendering
Next articleReader’s comment of the day: Our friends on the Left predict they will bury social conservatism