NewsPaperthe art of publishing
HomeNewsJill Kirby: Restoring trust in the Met could start with some humility...
13

Jill Kirby: Restoring trust in the Met could start with some humility from Hogan-Howe 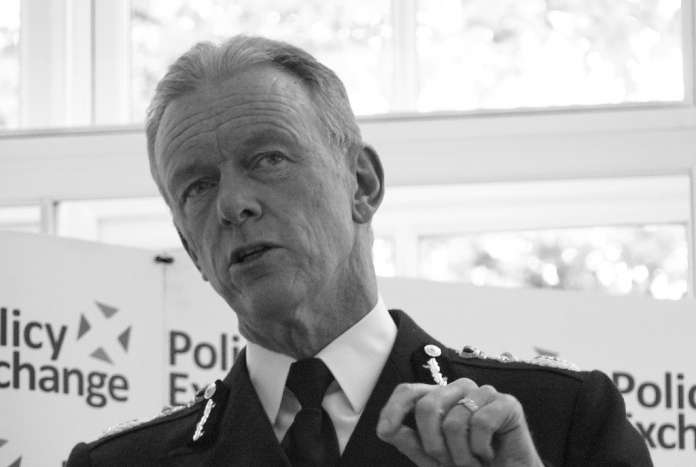 “I wish I’d embarked on the IT programme earlier.” This was Sir Bernard Hogan-Howe’s reply when invited this week to list any regrets he has about his record as Commissioner of the Metropolitan Police.

Was Sir Bernard having a laugh? Maybe he was just deadpanning to the journalist who put the question. The hard man of the Met making it clear that he was not going to roll over and admit to any serious errors of judgment, or even a little incompetence.

But if this was a joke, it was in remarkably poor taste. And if it was a serious attempt at assessing his own record, the Commissioner’s dazzling lack of contrition and self-awareness represents a huge missed opportunity.

A frank admission that mistakes were made on his watch, and that he felt at least a degree of culpability for them, would have earned Hogan-Howe some credit. More importantly, such an admission might have gone some way to clearing the path for his successor, offering him – or her – a fresh start.

The public perception of the police, and the Met in particular, could certainly do with a boost, and a little humility can go a long way to restoring trust.

Trust that was lost when it emerged that Operation Elvedon, the enquiry launched by Hogan-Howe into alleged press corruption, had cost the public purse some £20 million and yet failed to secure the conviction of any journalist, despite 90 arrests, headline-grabbing dawn raids and £1 million spent on police overtime.

Trust that was already undermined by “Plebgate”, and the Commissioner’s ill-judged decision to back his officers’ account of their stand-off with Andrew Mitchell, instead of seeking out the truth.

And if Hogan-Howe’s judgment looked flaky when he automatically took his officers at their word rather than believe a Tory minister, how much worse it seemed when he swung to the opposite extreme and treated Tom Watson’s child abuse fantasies as worthy of another multi-million pound enquiry, namely Operation Midland.

Hogan-Howe’s excuse for embarking on Operation Midland was, of course, Jimmy Savile and the dismal failure of the BBC, and other institutions who came into contact with Savile, to recognise the evil in their midst. But he had ample opportunity to stop Midland in its tracks, and with it the hounding of Lord Bramall and Lord Brittan.

The moment “Nick”, the alleged victim, whose story had triggered the enquiry, was described by detectives as “credible and true”, should surely have given the Commissioner pause. How come any police officer could describe an uncorroborated, extremely serious but highly far-fetched claim as “true”, before the claim had been tested? And how could officers then be instructed to embark on detailed and humiliating searches of the homes of both Lord Bramall and Lord Brittan with nothing more to go on than these fantastic claims?

Lord Brittan, seriously ill when the search took place, died not knowing if his name would ever be cleared; Lord Bramall’s wife also died in the midst of the nightmare. All the while the Met sought maximum publicity for Operation Midland in the hope that other “victims” might come forward. But when Nick’s claims were exposed as total fantasy, the Met seemed more occupied in trying to defend its own reputation than attempting to restore the reputation of the those who were so publicly and falsely accused.

Yet the retiring Commissioner, so far from apologising, used his farewell speech to remind us that “no one’s above the law” and to complain at his frustration “when people question our motives for carrying out an investigation.” Well, I question his motives in seeking to defend a series of expensive and damaging investigations when an admission of failure and an apology might have been a more gracious way to bow out.

To cap it all, the retiring Commissioner also used his speech to issue a plea for the public to put more trust in armed police officers. If Cressida Dick (one of the candidates tipped to succeed Hogan-Howe) makes it to the top job, all I can say is: good luck with that one.