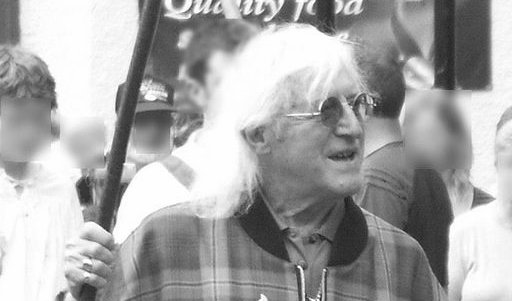 THE horrors embedded within the story of Jimmy Savile are multiple. The crimes speak for themselves in the scale of their debauchery and wickedness. Yet equally nauseating was the passivity of so many around him. Instead of seeing what is now so plainly obvious – a creepy old perv – he was afford the status of national treasure. He was hiding in plain sight.

This much is already known to most. Having recently watched Netflix’s Jimmy Savile: A British Horror Story, the utter absurdity of the whole tale is brought into sharper focus. I found it hard at times to stifle a laugh of complete exasperation: so many times the man offered a half-confession, only for it to be laughed off by the star-dazzled as just some more wretched banter.

One aspect the programme lingers on is Savile’s Roman Catholicism. His well-publicised charitable endeavours contributed to his untouchability. This, it is implied, was all done in the hope of levelling the balance sheet upon arrival at St Peter’s gates. A thousand children diddled against a spinal injuries ward built and a few charity runs done. Should God be the chap I hope he is, Savile’s ridiculous hair is being singed for eternity by Lucifer’s misery-loving minions.

Savile was what we would now term a virtue-signaller, and one of the very highest order. His constant, frantic endeavours to publicise his good works and his moral righteousness characterised much of his public persona and won him friends throughout the establishment. Had they taken heed of the Lord’s word that ‘when thou doest thine alms, do not sound a trumpet before thee as the hypocrites do in the synagogues and in the streets, that they may have glory of men’ (Matthew 6), perhaps more would have seen through the odious facade.

This lesson has been widely forgotten. The doing of charitable deeds, or the displaying of one’s moral virtue, is now worthwhile only in so far as it is made as public as possible. It is these same people who should be subjected to the doubt of enquiring minds.

Show me a person claiming moral superiority from the treetops, and the chances are there is something malevolent bubbling away under the surface. The modern world is replete with hideous examples: the men desperately donning their ‘This Is What A Feminist Looks Like’ T-shirts are invariably the most lecherous specimens around. The eco-zealot, wanting to save the oceans and the horned African dung beetle, conceals dark, anti-human sentiments not deep below the surface. Every time you hear the ‘there are too many people on the planet’ line, they are not far from calling from the culling of others, the easiest target being those yet unborn.

Other groups, each equipped with their particular hobby horse, are just as likely to be concealing ill-intent. History has so often furnished us with the results of those seeking the ephemerality of vague social or political ends: persecution and the letting of innocent blood. Yet today, they are repackaged as virtue signallers.

This is not, of course, to claim that all virtue signallers are latent perverts or nutters inclined towards a spot of genocide. To borrow a line from President Trump: some, I assume, are good people.

However, so often those shielding themselves with the most progressive, most charitable cause are doing so to cover themselves with body armour, concealing their personal failings. Any assertion that these people are doing so for any reason less than unadulterated philanthropy are met with cries of being unkind or showing undue cynicism.

Yet, how easy it is to do good in this world without shouting it from the rooftops or using it to advance your own private or political goals.

Over the last year I have been witness to two spectacular deeds of charity, one giving the chance of life, and one rescuing a person from financial ruin. The condition of receipt in both instances was total anonymity. Those giving in these instances are the true holders of virtue, and the ones who, when they get to the pearly gates, stand a better chance of entry than those among us who paper over the darkness of their soul with the fragile, temporary paper of asserted, but rarely practised, goodness.