Johnny Depp and why we need a #HeToo movement 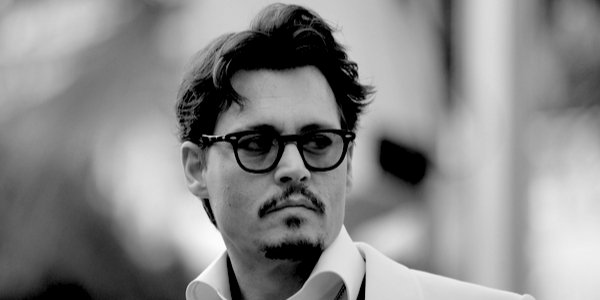 JOHNNY Depp and Amber Heard? Like me, the continuing saga of their marital and post-marital disharmony may have escaped you. Well, that was until a recording of a two-hour therapy session surfaced. Until now, Depp has been branded the wife-beating baddie and Amber the outspoken domestic violence and women’s rights advocate. No longer. Her cover has been blown. In the tape Amber, who’s publicly implied (in an op-ed for the Washington Post) that her then husband was a wife-beater, admits that she hit Depp and that she was the violent one in their abusive relationship.

The surprise of this story is not that two more Hollywood celebrities are going public on their bad behaviour, but that we are hearing this because Johnny Depp is fighting back for his character and because of the massive reaction to this and support for him on Twitter. The contents of the tape have led his fans and other commentators to see him as the true victim.  Now they are calling for #JusticeForJohnnyDepp.

‘Johnny Depp was abused by Amber Heard’, one typical tweet read, ‘and then to add insult to injury, he was cancelled and demonized on social media for the crime of being a man where any accusation from a woman means your life must be destroyed without evidence. That’s beyond inhumane.’

Jonathan Pie is another who tweeted: ‘I hope those who instantly assumed Johnny Depp was guilty and made public comments to that effect are feeling fairly sh*t about all this now.’

More importantly, whatever the rights and wrong of this particular high-profile case, it punctures the presumption that women are always the victims. That men are too mainly goes unnoticed, as we’ve reported many times before on TCW. Typically for MPs such as Jess Phillips the only victims of domestic violence are female, and the only explanation is misogynist oppression. Similarly the weaponising of sexual abuse by #MeToo in the gender wars is used to frame all perpetrators as men, and all victims as women.

One in four of my sex will be abused their lifetimes, I am often told, and it never ceases to amaze me. There is a plethora of invariably state-subsidised charities dedicated to the prevention of domestic violence and you’ll find they are talking just to women, offering ‘support’ just to women. Not to men. Making it appear solely a women’s problem.

Rarely do the 700,000-plus male victims per annum get a mention. Yet one study of domestic violence showed that women are more likely to hit their partners and were ‘significantly’ more likely to be verbally and physically aggressive to their male partners than men to women. It wasn’t just men who displayed controlling behaviour but women too. This surprise finding was based not on police reports of ‘domestics’ or complaints but on the self-rated behaviour of 1,000 young men and women, according to a scale of their verbal and physical aggression.

Chillingly, despite constantly claiming victimhood status, feminist writers and commentators actively applaud female violence. The central character of the hit TV series Killing Eve created by Phoebe Waller-Bridge, for example, was a psychopathic female paid assassin. The series was a ‘celebration of extreme violence and sadism by a mesmerically attractive woman’, Melanie Phillips commented, ‘psychopathy given an artful, post-modern and above all feminist makeover.’ The degree to which it was lionised by feminists, she said, she found troubling. It is indeed. Either the contradiction between this celebration of female power and claims of female victimhood does not occur to them or they believe that all is fair in love and war.

So will the Johnny Depp revelation and his fightback prove a turning point? The Baftas passed last night without one man standing up against false feminist victimhood. Johnny Depp was not mentioned – all eyes were on his 20-year-old lookalike daughter’s revealing outfit. No, there was not one #HeToo speech to be heard.