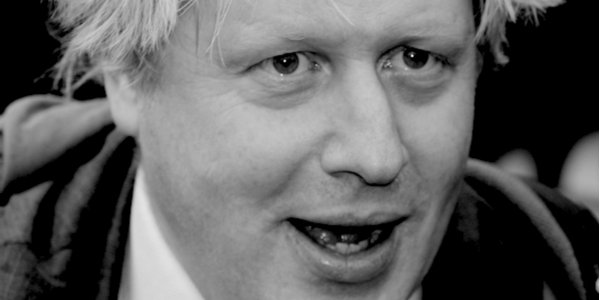 A great deal of anticipation surrounds the forthcoming Spring Revue to be staged by the London-based troupe The Westminster Players. TCWDF’s Arts Correspondent was given access to rehearsals.

RUN-throughs are traditionally fraught affairs, and this one is no different. Scenery being moved whilst artists are on stage, directions from the stalls to performers, and instruments being tuned off-stage.

Amongst the chaos, though, one gets a sense of the sheer razzmatazz that this exciting revue will shortly bring to appreciative theatre-goers.

The opening act is guaranteed to get the audience ‘on side’ and give them a flavour of what they can expect. The music of Gilbert and Sullivan’s To Be an Englishman blares out from the loudspeakers, and from the Heavens descends stalwart Emily Thornberry – or Lady Nugee as she is known in theatrical circles – swaddled in the flag of St George. Her beguiling mezzo-soprano belts out the final verse with great conviction and verve:

As she exits stage left, on come Keir Starmer and Angela Rayner to reprise a famous scene from My Fair Lady. With Starmer playing Professor Higgins and Rayner taking on the challenging role of Eliza Doolittle, never has The Rain in Spain been delivered in such an entrancing and sympathetic way.

I can well imagine that this will be the ‘stand-out’ part of the show that people will talk about. Also noteworthy for his portrayal of Colonel Pickering is Wes Streeting, new to the ‘team’ but a definite face to watch in the future.

With a gap of only seconds, plate-spinning diva Diane Abbott darts on to the stage. Wearing a sequined costume and flashing a wide smile, she sets up eight poles and proceeds to add a plate to the top of each one. Tension builds as a further four poles are added, but sadly a cat-call from the wings proves disastrously distractive and Diane is left forlornly contemplating what could have been. One can only hope that when the show opens next month, she will have ironed out any ‘nerves’!

A short comic interlude is provided by Boris Johnson, who reprises Richard Hearne (aka Mr Pastry) dancing The Lancers. Short and sweet but perhaps, for a modern audience, it is too rooted in the past. It would perhaps be better if this jingoistic, patriarchal and outdated routine were consigned to the dustbin.

Regrettably, Priti Patel’s take on Hofzinser’s Flags of All Nations routine was unexpectedly cancelled at the last moment.

Ventriloquists are a staple of any variety performance, and I was thrilled to see Lord Charles make a reappearance. Playing the straight man – originally the remit of Ray Alan – is legendary puppeteer Liz Truss, and Lord Charles was a ‘shoo-in’ for Jacob Rees-Mogg. Their well-rehearsed routine, including some ‘near the knuckle’ jokes, will find favour with the adults whilst the end song Underneath the Arches is quite a tearjerker.

No show would be complete without a magic act, and The Westminster Players have come up trumps.

A truly elaborate performance comes courtesy of The Demon Deceiver, who bears a more than passing resemblance to artiste Rishi Sunak. I won’t give away too many secrets but suffice to say the sequences with the disappearing wallet and missing money are truly quite spectacular, I don’t know where he learnt his sleight of hand, but this is ‘second to none’.

A Dad’s Army knockabout ‘homage’, where the role of gormless Private Pike is taken on by knight of the realm thespian Sir Gavin Williamson (complete with scarf), will bring back fond memories for many. No doubt his stage entrance will be greeted with the well-worn phrase: ‘Stupid boy!’

Finally, the mind-reading routine promised by legendary memory man David Lammy was not quite as advertised. It was a rather bumbling and unconvincing example of this kind of entertainment. Either Lammy needs to ‘get his act together’ or the producers need to cast their net wider for a more competent performer.

Niggles aside, I think that the public will be captivated by this revue. There are many elements both old and new which will appeal to a great many people. I am told that ticket sales are going well but there is still time to secure good seats.