NewsPaperthe art of publishing
HomeCulture WarsJohnson could ditch Net Zero now. Instead, he’s doubling down on it
260

Johnson could ditch Net Zero now. Instead, he’s doubling down on it 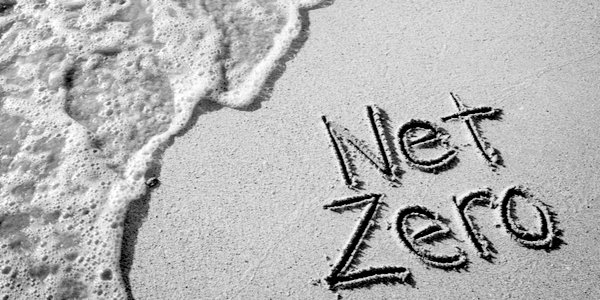 IF ever there was a chance for Boris Johnson to abandon the hideous eco-insanity of Net Zero, this is it.

He has dug himself into a hole over the last two years as he promises to push the citizens of the UK into fuel poverty and ever-higher costs of living. But now the war in Ukraine has presented him with a rare ‘get out of jail free’ card.

Our lack of energy independence has, finally, been shown to be the idiocy that it is. That many have been decrying the destruction of our self-sufficiency for decades is, of course, ignored by our cloth-eared elites, who are wedded to the dual tyrannies of securing a personal ‘legacy’ and of fulfilling the demands of the utopia-pushing globalists.

Any notion that the unfolding geopolitical calamity in Eastern Europe might force a recalibration of our ruinous energy policy has been hamstrung. A piece supposedly written by Prime Minister in the Daily Telegraph is titled encouragingly: ‘We cannot go on like this. The West must end its dependence on Vladimir Putin.’

But instead of a commitment to regain fully our energy independence through whatever means possible – be it coal, gas, nuclear or otherwise – Johnson recommits wholly to the folly of ‘green’ energy.

Deceitful claims abound. Take, for example, the teeth-gnashingly dishonest assertion that ‘if a quarter of our power wasn’t already coming from renewables, your bills today would be even higher than they already are’.

This is, of course, true. If our energy production was reduced by 99 per cent, prices would go through the roof. This does not mean, however, that fundamentally unreliable renewable energy makes any more sense.

Somehow, the Prime Minister forgets to mention the 25 per cent of our electricity bills that are taken up by green subsidies, making an utter mockery of his claim in the piece that: ‘The Government is doing all we can to help – spending billions of pounds to ease the cost of living and cut hundreds off your household bills.’

Instead of rushing to start fracking, Johnson opts for North Sea wind. He claims that there is nothing Putin can do to stop the wind.

This is perhaps true, but Mother Nature can often decide to do it of her own accord, as the extremely still weather of winter 2021 recently showed; not that we expect our politicians to remember anything that happened as far back as three months ago. Moreover, Putin could surely destroy a few offshore wind farms if he really wanted.

Naturally, rather than build up our energy production base with reliable hydrocarbons, he commits to doubling down on new wind power and greatly accelerating the rollout of new offshore farms.

True, he makes allusions to increasing our nuclear energy production. Yet, given the time it takes to construct an atomic power station, and the Government’s predilection for involving our geostrategic rivals in the production of such sensitive infrastructure, the plausibility of such claims remains to be seen.

The deceit of our ruling class is breathtaking. Only once a crisis is in full swing will they begin to detect that something is amiss at all. Those who point out the obvious, year after year, are ignored and dismissed as boneheaded reactionaries.

It has taken the greatest geopolitical crisis in decades for Johnson to realise that the Government’s policy in recent decades is not only absurd, but hugely damaging. Already, industry is being asked to ration its energy use. The British public are having to stomach eye-watering fuel prices across the board, with much of their end cost consisting of subsidies for green pipedreams.

There is no forgiving the Prime Minister’s absurd policies. No benefit of the doubt can be given. Across the board he has pursued policies ruinous to our country as he aims for everything other than the prosperity and security of these isles. Ordinary people will continue to suffer at the hands of his demented fantasies and hollow moralising.

The reason we are now in a crisis is not simply because of Putin. It is because our elites have put us in a position of utter vulnerability. If they won’t see the light now, they never will.

Our politicians have created a house of cards that is now tumbling down amid the tremors of global uncertainty, but they still have the temerity to point the finger elsewhere.