NewsPaperthe art of publishing
HomeCOVID-19Johnson wanted the Four Horsemen of the Apocalypse but he’s got My...
0 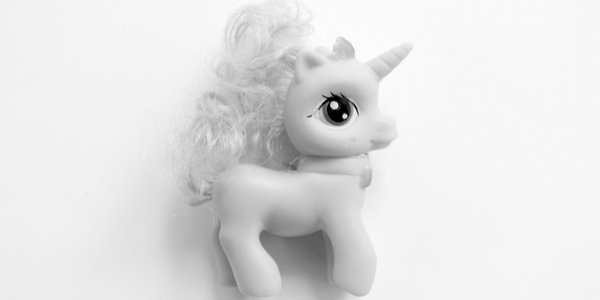 A little over a year ago TCW Defending Freedom printed the first of my articles, ‘Johnson is riding a tiger and can’t get off’. The thrust was that even though the virus appeared to be more or less beaten, Johnson couldn’t roll back on the restrictions because he’d been so successful in terrifying the population that they wouldn’t stand for the pandemic being declared over and the restrictions being lifted. At the time that seemed to be a valid viewpoint – we were only six months into the ‘three weeks to flatten the curve’ and it was still possible to believe that Johnson did actually want it all to be over as soon as possible but had painted himself into a corner.

Fast forward to now, 21 months into the three-week curve-flattening, and with hindsight that viewpoint looks to have been rather optimistic. It’s now pretty obvious that Johnson doesn’t want to lift the restrictions: in fact he wants more. Even though the vaccines have ridden over the hill to save us, we remain unsaved. Restriction is piled on regulation, with even the double- and triple-jabbed subject to limitations on their freedoms, and with the obscenity of vaccine passports now a reality it’s clear that Johnson never had any intention of getting off the tiger in the first place. He seems to enjoy being a Great Leader, able to rule by decree without much interference from the rather annoying House of Commons. ‘The Prime Minister Addresses the Nation’ and there he is, the great Boris Johnson, live on TV speaking to his people in sonorous, Churchillian tones about the progress of the War. So he imagines, anyway, though his performance is more akin to a schoolboy having to do a presentation to the class on a subject about which he didn’t bother to do his homework – less Churchill the statesman, more Churchill the nodding dog in the car insurance adverts.

It appears that he always intended to impose the current round of restrictions and regulations, and to introduce vaccine passports, and although the lifting of restrictions last July was, he assured us, ‘irreversible’, the latest variant of the virus was going to be so dangerous it meant that, with regret, he was being forced to re-impose the restrictions to protect us. Then off he would go for another lap around the covid track. See the great Boris Johnson riding that magnificent tiger!

Unfortunately for Johnson the latest variant, Omicron, has so far turned out to be rather disappointing. The streets remain resolutely un-strewn with the bodies of Omicron victims. To date, after much searching, he’s found one person in the entire world (conveniently in Britain!) who has died of or with Omicron. He was counting on the Four Horsemen of the Apocalypse arriving to justify his actions but seems to have been sent a My Little Pony set. One imagines that if he could he’d send Omicron back and ask for a refund.

Undaunted, though doubtless dismayed, he mounts his trusty steed and sets off once more among his people. His steed, however, is no longer the magnificent tiger of better times; although still stripy it now resembles a cross between a seaside donkey and a deckchair. Valiantly he tries to liven it up, whipping its hind quarters with claims about how transmissible the virus is, predictions from the ever-helpful Whitty about how we’re all going to catch it by Friday, and the latest death forecast from doom and gloom merchant Neil Ferguson (which make the whole year’s vaccinations pointless), but to no avail. The tiger shambles on, slower and slower as its strength leaves its body. It’s true that the Omicron variant is very transmissible – it seems to breed even faster than Johnson himself, which is going some – but its performance to date has been a bit wimpish. It looks as if the virus is indeed mutating into a weaker form, as many experts in the subject predicted. Worse, from Johnson’s standpoint, it may confer immunity from further variants, which even the most enthusiastic jabber has to admit the vaccines apparently can’t do.

The best thing to do, in the face of an ever-weakening, even therapeutic, virus, would be to remove most if not all of the restrictions and let us get on with our lives. The pre-planned responses, let down by Omicron not being fit for purpose, aren’t justified. The tired, broken-down old tiger no longer impresses the people, as evidenced by the massive kicking the Tories got in North Shropshire where the people voted en masse for the party which voted against Covid passports. It doesn’t even impress his own MPs, a third of whom voted against him last Tuesday. It’s had it. It’s over.

The tiger is dead, Boris. Get off it.

Share
Facebook
Twitter
WhatsApp
Email
Previous articleQuo vadis? Faith is at a crossroads as the Great Reset looms
Next articleA carol a day: See Amid the Winter’s Snow