NewsPaperthe art of publishing
HomeNewsJonathan Cockfield: The poor can’t cook. The Right use language to convey...
18

Jonathan Cockfield: The poor can’t cook. The Right use language to convey meaning and the Left to obscure 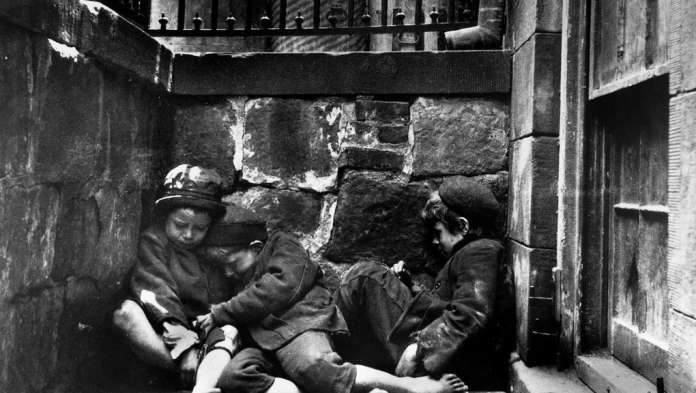 On Monday, Tory Baroness Jenkin said “poor people don’t know how to cook” when speaking at the launch of a parliamentary report on the causes of food poverty in the UK.  Within hours she had apologised, described what she said as a “mistake” and resolved not to speak unscripted in the future.  Initially I was at a loss as to what was wrong with what she said.  Having spoken to some left-wing friends, I now see the light and can conclude that her words were in fact far more sinister than they originally seemed.  Any sensible interpretation of her words I could make paled in significance when confronted with the remote possibility that somebody may have been offended by their own, less reasonable interpretation of what she said.  The words used, it turns out, were insufficiently caveated and qualified.  From what I can tell from my left-wing friends, the only form of words that is remotely acceptable is something like;

“it is conceivable that somewhere in the UK, through no fault of their own, a group of people living together (making no assumptions about gender roles or oppressive social conventions) may have struggled to prepare a nutritionally balanced meal, because of poor educational outcomes, which cannot be conclusively linked to the quality of their teachers or the way in which they were raised by their own parents but still result in a not yet competent understanding of home economics”.

Trips off the tongue doesn’t it?

But what is the point I am trying to make with all this silliness?  The point is that our national conversation is governed by a left-wing approach to language.  The regrettable result is that an easy to understand comment, made in good faith, making a serious and progressive point, is shouted down and ignored.  Even the Conservative Prime Minister is bound by the rules of this left-wing language game and make no mistake; it is a left-wing game. Almost without exception it serves to undermine and obscure the truth in conservative thought and policy.  While complaints about petty political correctness are common, rarely does anyone think about the extent to which language shapes our politics.

There are two principles underpinning the left-wing language game.  The first is that any political discussion must take place in terms that are as technical and confusing as possible.  Political discussion must adopt legalistic and esoteric pretentions if it is to be taken seriously.  The clearest example of this is the phrase “Duty of Care”.  We have all been on the receiving end of it; it is daily presented as conclusive proof that a seemingly sensible course of action cannot be undertaken.  It is a phrase that finds its roots in the law of negligence.  However, it has never been used a guiding legal principle in its own right.   In fact it is a conclusion to be arrived at following a careful consideration of all the moral and political issues that arise in any given case.  Indeed there is extensive academic debate amongst tort lawyers about the term, with many questioning its usefulness at all.  Nonetheless, this nebulous, umbrella term has found a way into every day discussion.  The attraction of the phrase is that it provides legalistic top-cover for the actions of the unthinking.  The sun cream offered to rioting prisoners in Dartmoor is a prime example.

For the left-winger it has another advantage.  It offers a seemingly elevated vantage point from which to sneer at the concerns of unsophisticated and unintellectual right-wingers with their small-minded notions of ‘morality’, ‘right’ and ‘wrong’.  When political discourse is conducted in this legalistic or quasi-scientific way, the Left benefits.  It benefits because the truth in conservatism is best expressed straightforwardly, in an intuitively satisfying way.  Family, national pride, service, courtesy, loyalty and aspiration are all ideals that do not need amasters in sociology to be properly understood; in fact such an education would probably be a hindrance.  The Left’s insistence on an overly technical approach is driven by a fear of these truths.  Talking clearly is the best way to engage with the issues that really underpin the buzzwords and catchphrases that litter public discussion.    Conservatives must insist on speaking plainly if our position is to be understood.

The second principle of the left-wing language game is that real issues should be ignored if addressing them directly might prove uncomfortable to someone, somewhere, somehow.  This principle is again driven by fear of one of conservatism’s greatest strengths; accepting the world as it is and not as we would wish it to be.  Baroness Jenkin’s comments may have ‘offended’ some on the Left by suggesting that today’s working class are somehow less self-reliant than previous generations.  Who knows if she is right or not but it is certainly a question we should answer if we are serious about improving the life chances of the poorest.  ‘Offence’ be damned.  What remains seemingly mysterious is why those on the Left would turn away from a real and pressing issue in order to fuss over some overly-sensitive, (usually) hypothetical, third-party’s feelings?

The truth is, it is their own feelings they are genuinely trying to safeguard.  I suspect that the growth of the Left’s censorious instincts, particularly amongst student organisations, is a product of the culture that my generation was exposed to whilst growing up.  Being told how unique and special we all were every five seconds has rendered many people who grew up in the late eighties and nineties unable or unwilling to accept that the world isn’t all sunshine, unicorns and rainbows.  The censorious urge grows out of an inability to process the fact that most people don’t share your worldview and that things you might not like may very well happen.  You’re special so why should you have to bear the indignity of someone telling you that you may be wrong?  The antics of the spoilt brat now seem to be the preferred way to take part in political discourse.

So what is a conservative to do when confronted with the rules of the left-wing language game?  What is the response to an orthodoxy based on a false sense of intellectual superiority and a child-like aversion to hearing hard truths?   My solution is simple: speak plainly and get a grip.

Share
Facebook
Twitter
WhatsApp
Email
Previous articleLaura Perrins: 1960s feminists have a lot to answer for. They helped create the underdressed catwalk angels
Next articleCaroline Farrow: Ghost of Christmas past. A tangerine in a stocking not a living room of tat