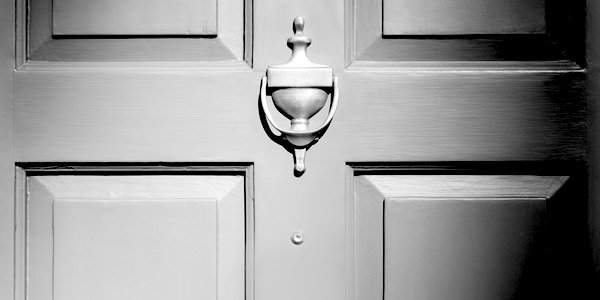 ON Wednesday we published an article headed ‘Polar bear expert frozen out for telling the truth’ by Dr Benny Peiser, Director of the Global Warming Policy Foundation. That and the comments of our readers prompted us to compile a list of academics who have recently been sacked, suspended or otherwise come under siege because of their politically incorrect views.

We begin with the man who perhaps more than anyone else has confronted modern repressive academic orthodoxies and, reportedly, has taken a bit of a beating in terms of his health for his worldwide one-man stand.

Professor Jordan Peterson’s views are well known to our readers, not least for his authorship of 12 Rules for Life and his take-down of Channel 4’s Cathy Newman.

It was his refusal to use the ‘non-binary’ gender pronouns zee, hir and per – communicated in a series of videos – that brought him to prominence. So what, you might say. But for a professor employed by the University of Toronto, backed up by the Ontario Human Rights Commission, it constituted discrimination, and is punishable by law.

Earlier this year Professor Peterson was in the news again because an offer of a visiting fellowship at Cambridge University’s Faculty of Divinity was rescinded, a decision in which the university Students’ Union appeared to have quite a say.

Professor Sir Roger Scruton, another TCW favourite – our intellectual mentor, no less – is one of Britain’s most distinguished ‘beleaguered’ academics. His Damascene conversion in 1968 to small-c conservatism set him on a trajectory for, in his own words, a ‘life beyond the pale’ of institutional academia. It was the Marxist gobbledegook of the then ‘New Left’, which almost every other social thinker at the time lapped up, that got to him.

His academic career at Birkbeck was blighted by his conservatism, and particularly by his third book, The Meaning of Conservatism (1980).

It did not succeed in quenching his prodigious output, ‘volleys in his lonely intellectual war against what he sees as the academic and philosophical shortcomings of Left-wing thinking in the 20th century’.

Yet hostility to his views has never let up and extended, this year, even to the Conservative Party in whose name he founded a Philosophy Group. Sacking this most eminent conservative thinker from his unpaid role advising the government on how to build better towns was, as TCW’s Robert James described it, ‘another squalid milestone’ in its journey Leftwards.

Earlier in TCW’s history we were the first out of the traps in condemning University College London’s treatment of one of the country’s foremost scientists, the Nobel prize winner Sir Tim Hunt (physiology or medicine 2001). In 2015 he was made to issue a grovelling apology and resign his honorary professorship for what can only be described as a petty thought crime. Yes, he was naïve enough to make a joke about women – worse, scientific women – one that, I suspect, if subjected to dispassionate scientific investigation would not have been without an element of truth. He has since sought a new life in the less judgmental Japan. Who can blame him? It is the UK’s loss.

Since then the Left have become progressively more intolerant. Until last year the Italian physicist Dr Allessandro Strumia was unknown outside his field. But in a workshop about gender at Cern, the European nuclear research centre in Geneva, he dared challenge the politically accepted code, saying that physics was ‘invented and built by men, it’s not by invitation’. He further observed that it is men, not women, who now suffer from gender bias. He was fed up, it emerged from later interviews, with the false feminist narrative of complaint about discrimination, and had set out to show it was not true.

‘These people are so worried about problems that don’t exist. What I actually said has good purpose. We are not discriminating, women have been helped for years,’ Dr Strumia said, pulling the rug in one tug from under the feminist victim narrative. It wasn’t the message they wanted to hear.

It was unacceptable to Cern, ‘contrary to their code of conduct’ and to a brigade of virtue-signalling scientists. They announced Strumia’s suspension with immediate effect.

The Cambridge academic Noah Carl is one of the latest victims of the new intolerant academic culture. St Edmund’s College terminated Dr Carl’s post after academics and students called for his appointment to be investigated in a classic example of how the Left destroy anyone they don’t agree with.

The sociologist had become a controversial figure after speaking at the London Conference on Intelligence, where eugenics was allegedly debated, and publishing a paper arguing that stereotypes about the criminality of certain immigrant groups in the UK were ‘reasonably accurate’.

At the start of this year students started a petition to stop Professor John Finnis, Emeritus Professor of Law and Legal Philosophy at Oxford University and a world authority on natural law, from teaching on the grounds of what they declared to be a long record of homophobic, transphobic and other discriminatory views. This is their interpretation of the professor’s position that ‘the state should deter public approval of homosexual behaviour while refusing to persecute individuals on the basis of their sexual orientation, basing this position not on the claim that homosexual sex is unnatural but on the idea that it cannot involve the union of procreation and emotional commitment that heterosexual sex can, and is therefore an assault on heterosexual union’. The case pitted an unusually distinguished and subtle defender of traditional beliefs against an unusually incoherent campaign, the Catholic Herald pointed out.

This once doctoral supervisor of US Supreme Court Justice Neil Gorsuch, and author of the most scathing critique of the UK Supreme Court’s recent prorogation ruling, survived to see another day and fight another fight.

Another Oxford academic, Nigel Biggar, Professor of the Faculty of Theology and Religion, has likewise been on the receiving end of censorious and prejudiced students. His crime? A comment in the Times entitled ‘Don’t feel guilty about our colonial history’ in which he defended another academic, Bruce Gilley, a professor of political science at Portland State University, for making ‘The Case for Colonialism’. For the last 100 years, Western colonialism has had a bad name, he wrote, and ‘it is high time to question this orthodoxy’.

Following its publication the knives came out for him.

Professor Biggar may have Trevor Phillips, the former chairman of the Equalities Commission who defended him against his critics, to thank for still being in situ, though no less besieged.

We salute all these heroes. And we will be looking out for more.