Jordan Peterson is right about the F-word 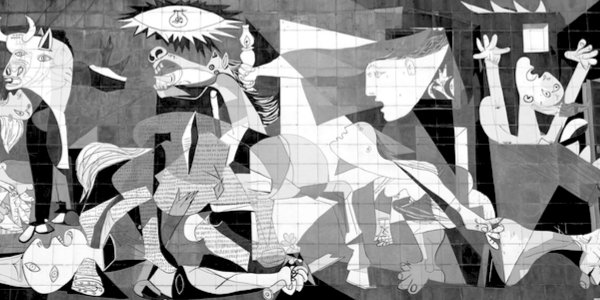 George Orwell’s essay Politics and the English Language features the line: ‘The word Fascism has now no meaning except in so far as it signifies “something not desirable”.’ It is still relevant today and, as Jordan Peterson has been warning for the past couple of years, this sort of thinking can easily lead to totalitarianism.

The danger of labelling and dismissing your political opponents was further demonstrated to me recently when reading Ernest Hemingway’s For Whom the Bell Tolls. It features a horrendous scene where Republicans take a village from Franco’s men.

I won’t give too much away, but something repellent happens, and the capacity of normal men to commit atrocities against other normal men is hugely contingent on their labelling of them as ‘fascists’. They aren’t human beings, they are ‘fascists’.

As I have written about before on these pages, incidents of genocide are always preceded by dehumanisation. I am not saying that there is going to be a genocide against people the Left don’t like any time soon. Yet the type of thinking that leads to Hillary Clinton calling Trump supporters a ‘basket of deplorables’ has a precedent throughout history that has never ended well.

When you dismiss someone’s arguments and label them ‘fascist’ or suffering from sort of phobia, you are dismissing their humanity. They are no longer being listened to: they are being filed away in the folder headed ‘less than me’ which means simply ‘bad’. This is not a good way to conduct a discourse.

Not only are whole swathes of society labelled as ‘bad’, whole other swathes are told ‘those bad people over there oppress you’. If you are part of the oppressed group, and something unfortunate happens to you, how easy it is to blame the bad people, the ‘fascists’, the ‘deplorables’. How easy it would be to become violent.

Jordan Peterson is often mocked because he talks about how the collectivism and the lack of respect for the individual inherent in the radical wings within the Left is a form of totalitarianism. He is not arguing that conservatives will be sent off to the Gulag – and to suggest he is saying that is dishonest – but rather that history shows that this type of thinking results in that.

Language is important, and the way we think is important, and the two interact. The tendency amongst the Left to dismiss and label people they don’t like is not only growing increasingly unpopular amongst voters – as demonstrated by Trump, Brexit and the growing populism across Europe – but also dangerous.

That George Orwell was writing this in 1946 suggests to me that there is something inherent in Left-wing thinking that results in dehumanisation. I believe it comes from being morally self-righteous. If you are so much purer, and better, and more virtuous than everyone else, you can be excused for virtually anything. If your cause is the noble one, if you are the good guy of the piece, anything you do to bring it about is justifiable.

The good news is that we do live in a democracy, and voters have the ability to punish ideas they don’t like. Most people, in my opinion, are fundamentally good, if fallen, so they can sense something that is bad. Therefore the Left will be punished eventually if they stay wedded to the identity politics craze.