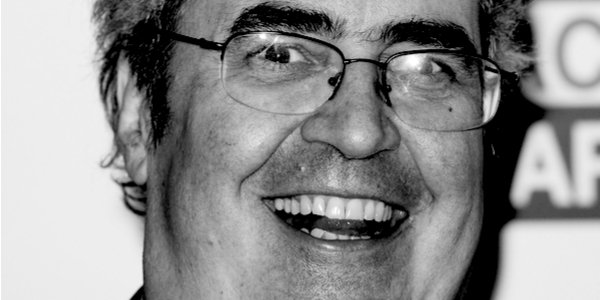 WHAT do Jordan Peterson, Roger Scruton and Danny Baker have in common? They’ve all been impugned, demonised and hung out to dry by a Left-wing mob in the fast-responding public forum in which all of us now operate. The modern liberal Left are not immune, however, and what conservative can resist a twinge of schadenfreude when those from that quarter are crushed in the gears of their own un-personing machine? It’s happened to Linda Bellos, Germaine Greer, Margaret Atwood and Sarah Jeong. One can only be amused as Jeremy Corbyn struggles over anti-Semitism. The accuser is accused. The self-appointed custodian is locked up in a rewrite of Quis custodiet ipsos custodes? What interests me is why such a process obtains in modern society.

I take it as given that humans are moral and that this is one of the chief characteristics which distinguish us from other species. For many centuries we operated on the assumption of there being two spheres of morality, public and personal.

In the public sphere there was a need for mechanisms that could determine and, in effect, create public moral truth. When it came to public accusations of immorality we resorted to processes such as trial by our peers in the jury system. Unable to locate moral truth with any certainty we made the best of a bad job by trusting the judgment of twelve fellow citizens on what seemed most likely, given the evidence. Their verdict then became and still becomes truth for all practical purposes.

When it came to the private sphere there were other assumptions. First of all it was assumed that the private sphere did reside somewhere and was ‘a thing’. For example, when Socrates, via Plato, said ‘The unexamined life is not worth living’ (Saul Bellow agreed with him but warned that the examination might lead to alcoholism), he was suggesting that a real examination of one’s personal objective morality is possible. This belief was reinforced by the religious sphere and doctrines of sin. Although no man had the right to make ultimate judgments on the state of his fellow’s soul it was accepted that, in the private personal dialogue between a man and his maker, moral reality could be plumbed by each individual. However painful the process might be, objective reality could be accessed and true self-knowledge obtained. This is because, in the religious dispensation, it was assumed that objective moral truth was grounded and located in the knowing, intelligent mind of God.

‘Oh Lord, thou hast searched me, and known me.
Thou knowest my downsitting and my uprising; thou understandest my thought afar off.
Thou compassest my path and my lying down, and art acquainted with all my ways.
For there is not a word in my tongue, but, lo, O Lord, thou knowest it altogether.
Thou hast beset me behind and before, and laid thine hand upon me.’

Although objective personal moral truth couldn’t be dragged out on the table for inspection, it existed. This was a de facto refutation of moral relativity.

If, as the modern world has done to all intents and purposes, one subtracts this divine underpinning by cosmic and omniscient intelligence, one is pitched into a world of moral relativism where private personal truths no longer matter. In moral terms there is only public reality, a reality that is entirely untethered from any internal truth. The moral world has simply become a play in which we are all jobbing actors hoping to get the best parts. Once we agree to looking at it that way, it become a zero sum game with a limited number of ‘good’ roles available. The result is an unseemly scramble to corner the role of hero and avoid the role of villain in a ridiculously over-simplified, on-stage moral world. It becomes a game of musical chairs where, if a competing actor can be pitched on to the floor when the music stops for ‘sinning’ against idiotic current orthodoxies, you know that one fewer auditioner chasing the good roles means you are more likely to nail one. As a result everyone is looking for the chink in the armour that will allow fellow competitors to be pitched into the Inferno of public disapprobation. This is why the Hunger Games films are so popular and so accurate a representation of our present.

For many centuries humans existed as public moral beings and private ones. We now exist morally only in public. This has a further consequence. If one is aware of a private moral sphere where one’s failings reside one is less likely to sin against Christ’s stricture in Matthew 7:5 – ‘Thou hypocrite, first cast out the beam out of thine own eye; and then shalt thou see clearly to cast out the mote out of thy brother’s eye.’ Once the private sphere is stripped out and one feels invulnerable at a personal level, because there is nothing important there or merely a relativist quagmire, one will have few qualms about pointing fingers and accusing rivals in the quest to disqualify them from securing those heroic roles. This can only make the forum even more cut-throat and vicious as the moral life becomes no more than a Space Invaders game. Life degenerates into a gladiatorial series of dog-eat-dog accusations and counter-accusations by hollow avatar-beings not moderated any more by the restraint of moral self-awareness.