NewsPaperthe art of publishing
HomeNewsJudge not the Turner Prize, lest the woke judge you
120

Judge not the Turner Prize, lest the woke judge you 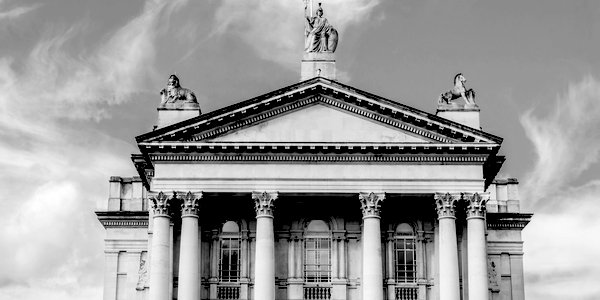 THE annual Turner Prize jamboree started at Tate Britain in 1984. I began demonstrating against it in 2000 with the ‘Stuckist’ painters, so named by Zeitgeist jackpot winner Tracey Emin when she accused her then boyfriend, artist Billy Childish, of being hopelessly ‘stuck’ because he still painted, using traditional paints. Apart from joining a protest against sexually segregated lectures at UCL in 2013, attacking the Turner Prize is the only street action I’ve taken since I was a student forty years ago.

My anger against what Prince Charles has called ‘the dreaded’ Turner Prize is also about the idiocy of throwing out traditional aesthetics to display objects which no one can look at, such as Martin Creed’s 2001 light bulb flashing on and off in an empty room. The show is a slap in the face to the public who cannot possibly relate to the objects on show as they are entirely made for the vanity of the ‘artists’ and possibly their judges.

This week the ‘dreaded’ fiesta of folly rather desperately proved its wokeness by questioning whether judging can now take place at all. The artists wrote a letter requesting that there should be no individual prize; none of that nasty competitiveness. As with the recent Booker Prize, the glittering Turner spoils of £40,000 have been divided among all four short-listed contestants ‘to make a collective statement in the name of commonality, multiplicity and solidarity’.

Thai Shani, who ‘takes inspiration from disparate histories, narratives and characters mined from forgotten sources’ and made the final with an audio-visual installation of ‘a post-patriarchal fantasy world,’ Helen Cammock, a black artist who works in film ‘uncovering marginalised voices within history’, Oscar Murillo, a Columbian migrant who uses stuffed dummies to explore ‘issues of migration, community, exchange and trade in today’s globalised world’ and Lawrence Abu Hamdan, who has a PhD from Goldsmiths and calls himself an ‘audio investigator’ exploring ‘the politics of listening’, together wrote this letter:

This year you have selected a group of artists who, perhaps more than ever before in the Prize’s history, are all engaged in forms of social or participatory practice. More specifically, each of us makes art about social and political issues and contexts we believe are of great importance and urgency. The politics we deal with differ greatly, and for us it would feel problematic if they were pitted against each other, with the implication that one was more important, significant or more worthy of attention than the others.

This trend is about putting the collective, particularly the female idea of co-operation, above individual achievement. In August Olivia Laing, who won the James Tait Black Prize for her novel Crudo, split the £10,000 prize money with her fellow shortlisted authors because, she opined, ‘competition has no place in art’. She said her decision was ‘very much prompted by Boris Johnson and Brexit, and a sense of wanting to fight back against this endless culture of winners and losers’.

These moves reflect a scared, confused culture where no one – parents, teachers, priests or politicians – dares to make a judgement on anyone. As Melanie Phillips prophesied about our education system in 1996, ‘all must have prizes’.

Not even those tasked with the single objective of choosing one winner feel able to make a clear-cut decision. Artists who are happy to enter a national competition, with all the publicity that entails, cannot take the risk of losing, something that every school child was once told to accept.

As usual with ‘woke’ precepts, there is an illogicality here. The short-listed artists are worried that their treasured political shibboleths might be pitted against each other. There’s a hierarchy of virtue to think of: does it demean feminists if the feminist artist doesn’t win? Does it suggest you don’t care about Syrian prisoners if that nominee is overlooked? Can a black woman ever be allowed to lose to a white man? If everything is about social justice, intention must be raised above outcome.

Yet the purpose of an art prize is not to say whether torture is more significant than sexism, or the plight of trafficked women more shameful than the lack of disabled people shown in TV adverts. It’s about judging individual skill. Whether any one work of art is ever better than another is always subjective. The Mall Gallery currently hosts the Royal Society of Oil Painters, a show mainly filled with cliched views of Venice and boring bowls of fruit. While no one can always agree with a jury’s decision, respected big money prizes should showcase prize winning work that at least invites public discussion and may even encourage others to up their own skills in imitation.

While art doesn’t demand winners or losers, prize-giving does and some cultural confidence is needed to do it. Judges need to be able to discriminate and disappoint the losers. The judged need to be able to accept that decision and possibly learn from it.

It’s noticeable that those involved in this public relinquishing of prize money are mostly women. In schools, even in art lessons children are now encouraged to work together in groups, ‘collaboratively’, rather than by themselves. We’re constantly told that girls are more group-orientated and co-operative than boys. It used to be said that that they did better at course work rather than the one-off heat and pressure of exams. Even in Parliament we’ve seen this idea emerge: that fierce ‘boys’ banter’ belongs to a vile past of winner takes all, which, like risk, has little appeal for women. With their increasing presence in education, academia and art, it seems that the new feminists are winning this one and consigning the stress and pain of competition to the past.

Charles Thomson, unashamedly hierarchical leader of the Stuckists, doesn’t take this new development too seriously. ‘This year’s nominees have succeeded in adding a minor frisson of novelty to the usual dull and predictable proceedings,’ he says. ‘Perhaps in the future we should have just forget about nominees altogether and the judges can award the prize to themselves.’

For many of us the contest remains merely an echo-chamber. As Thomson puts it, ‘How many of the nominees or winners can anyone name apart from Damien Hirst?’

J M W Turner, on the other hand, a man who spent his whole life exploring the extremes of paint . . .