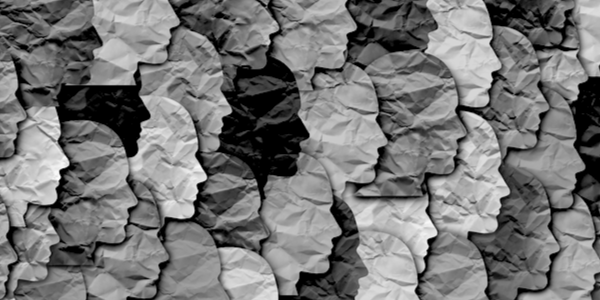 THE recent outrageously racist and sexist announcement by the Financial Conduct Authority (FCA)  that it will enforce diversity quotas on the boards of listed companies on pain of fines, prompts the obvious question as to what on earth this has to do with financial conduct. Once again, we find that an unasked-for and far-reaching Woke cultural revolution has been launched by a quango accountable to no one.

When googling for the answer, I expected to find this was something to do with the wretched Theresa May’s equality drive against the ‘burning injustices’ she often railed about, yet another baleful legacy of her dismal and mercifully short-lived premiership. However, I found no evidence that the FCA was explicitly given this task by an elected politician who had stood precisely on this platform. Instead, I found nothing but the most tenuous justifications offered by Nikhil Rathi, its newly appointed chief executive, and Georgina Philippou, his deputy. Respectively, this was that because BAME people were more likely to be vulnerable customers of financial institutions, diversity quotas were necessary for reasons of cultural understanding, and that more generally ‘the FCA is obliged to encourage diversity and inclusion in carrying out its broader supervisory function’.

In other words, the FCA is leading beyond authority.

This is, of course, the phrase associated with Common Purpose, the leadership training and networking organisation set up by Julia Middleton, who also co-founded the New Labour Demos think tank and is the bestselling author of the book Beyond Authority. Now claiming to be one of the biggest leadership training providers in the world, Common Purpose explicitly teaches its ‘graduates’ just that – to reach out and network with potential leaders beyond the confines of their remit. It has long been the target of individuals such as Brian Gerrish and a few years ago was subject to a major Daily Mail exposé. According to the Mail, in Beyond Authority Middleton admits to using underhand, devious tactics to promote Left-wing agendas, including the use of ‘useful idiots’ (a Leninist phrase) and ‘fifth columnists’. It has been alleged that she is also a former editor of the now defunct magazine Marxism Today, but I could not find a credible online source to substantiate this claim.

I then googled Nikhil Rathi and Georgina Philippou to see if there was any evidence that they were graduates of Common Purpose. Though I did not find any, I did discover that Rathi studied PPE at Oxford – of course – and was a former private secretary to Tony Blair and Gordon Brown, cutting his teeth during the Blairite takeover and politicisation of our institutions before being duly appointed to head the FCA by Rishi Sunak.

In other words, despite their self-declared war on Woke, the most charitable interpretation of his appointment is that the Tories have been blind-sided in the Kulturkampf yet again. As Douglas Murray complained recently in Unherd,  the result of Left-wing dominance of our institutions is that ‘Britain still belongs to the Left, the Right just pretends to govern it’.

And it will always be so, until the Right fully understands the subtlety by which the modern middle-class Left works. Painfully aware that a seismic shift in the Establishment has indeed occurred but unsure quite how, we rail ineffectually about ‘cultural Marxism’ and have become obsessed by the Gramscian phrase ‘the long march through the institutions’.

That phrase itself is most unhelpful, conjuring up macho, militaristic images of command and control, fanatical devotion to a cause and extreme discipline. It has given rise to endless lurid Right-wing conspiracy theories, as though Britain were covered with millions of Marxist cells, secretly co-ordinating every move while swearing blood-curdling oaths over a copy of Das Kapital. Crucially, this imagery blinds us to what is really going on.

Although conspiracies do exist here and there, their major drawback is the exponential rise in the risk in discovery as the number of individuals involved increase. As such, they simply do not and cannot exist on a grand scale. Instead, what matters far more fundamentally is the size of the underlying networks which can act as platforms for them. Unlike conspiracies, networks of influence allow for decentralised agency, variability of scale and no single point of failure.

It is thus the growth of Left-wing networks of influence that really counts, and Common Purpose would certainly seem to have a case to answer here: I have no actual knowledge if this was really Julia Middleton’s intention, but if so, her insight was really quite brilliant and she deserves to be thought of as the leading Left-wing strategist of the age. My conjecture is that in creating Common Purpose or similar networking organisations, she and similarly minded Left-wing influencers simply created a networked basis for a rising liberal generation to operate within. Crucially, her outlook was a feminine rather than a masculine one (and we live in a now thoroughly feminised world, to an extent that men are deeply reluctant to admit): rather than organising tight, militant Marxist cadres based on macho principles of command and control, she instead emphasised the primacy of forming dense networks of mutual relationships amongst people whose political views lay at various points along the Left-wing spectrum. She could not know, of course, which of her ‘graduates’ would rise to the top, who would become or stay politically active, or who would one day choose to ‘lead beyond authority’ – most probably did none of these things – but she knew that some ultimately would.

Operating at the scale Common Purpose now does, hiding in plain sight, it has thus become vastly more influential than any one conspiracy could ever hope to be, and for the moment at least, it has won: the long networking of the institutions is complete.