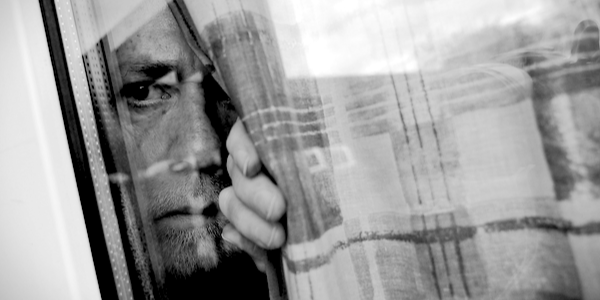 THEY walk amongst us. They wave a cheery good morning and joke about the British weather. You may have had drinks with them or dined with them. You may even have considered them friends.

They are the Covid collaborators.

As essential to the success of any tyranny as the police or the military, they are the cogs which keep the wheels of repression turning smoothly. They comply and they denounce. While the former collaborate because it is their job, the citizen denouncers actively seek out and revel in their volunteer role. Initially tutting at Covid breachers, they now openly castigate those departing from ‘guidance’, and the thought of vaccine passports excluding the mavericks from every area of life fills them with glee. A MailOnline poll found wide support for banning the non-vaccinated from pubs, shops, nightclubs, restaurants and even public transport. Like heat on invisible ink, protracted lockdown has gradually allowed their true character to show through. It is not pleasant.

Political theorist Hannah Arendt concluded of Nazi war criminal Adolf Eichmann that he was ‘terribly and terrifyingly normal’.  While this provoked controversy in its summation of Eichmann as a functionary obeying orders and following rules, rather than being motivated by a malevolent ideology, we can see the parallels in today’s Covid collaborators. No matter how petty, ridiculous or cruel the order they will follow it. Emboldened by the mass conformity of their peers and the 24-hour propaganda of their government no Covid infringement is allowed to pass unreported. No quarter will be given.

Within days of the initial lockdown in March 2020 the Island Echo, the Isle of Wight’s ‘breaking news source’, had received a deluge of emails, phone calls and messages from readers eager to report suspected breaches. The Echo could not help.  Alas, this was not from ethical concerns or disgust at the snitches in their midst. The Echo, instead, posted a helpful link to police HQ where readers could ‘report an address’ of anybody flouting Covid regulations.

As it became increasingly apparent that Covid was not a modern-day plague felling everyone in its path, one might have thought that the odious activity of snitching would be firmly discouraged. But no. Instead the ante was well and truly upped. Conservative MP Kit Malthouse encouraged the nation’s growing army of curtain-twitchers. As the ‘Rule of Six’ regulations came into effect, Malthouse exhorted the public to ‘absolutely’ report any breaches to the police.

In a depressingly predictable outcome the public did not disappoint. Police were flooded with information, so much so that extra manpower was needed to deal with the calls.

Covid collaborators were kept busy into year two of the three-week lockdown with such wide-ranging breaches as illicit hairdressing and tea drinking. In January 2021 police raced to the Euphoria tanning and hairdressing salon in Cwmbran where they found evidence of ‘tanning beds in recent use’. Despite Sage having confirmed that such salons had contributed a mere 0.05 to the R number a community councillor called the sight of semi-tanned, semi-coiffed women fleeing the scene ‘a low blow’.

Scarcely had Wales’s boys in blue recovered from the sight of the recently used sunbeds than they were faced with the case of the tea-drinking grandmother. Armed with information that an al fresco, non-socially distanced cuppa had been enjoyed by a group of pensioners, police confronted the prime suspect, an 82-year-old grandmother. Having roused the pyjama-clad miscreant from her bed, they delivered a staunch reprimand and a warning of fines for any future infringements. The complainant was apparently ‘content’ at the outcome. Grannies are not being saved so that they can sit around enjoying tea with friends.

Whilst one would think this was as low as the quislings could go, worse was to follow. Crownhill crematorium in Milton Keynes was the scene for the callous Covid collaborator award when a staff member moved to prevent Craig Bicknell from comforting his mother at his father’s funeral. As Mr Bicknell placed a reassuring arm around her shoulder a staff member was quick to address this egregious Covid breach. ‘You can’t move the chairs, you were told,’ hectored the staff member in the manner of a bossy child overseeing a party game. Mr Bicknell was left feeling angry, upset and ‘empty’, Bravo. Mission accomplished.

The list is endless. Fathers prevented from being at the birth of their children. Care-home residents denied family visits. End-of-life patients facing death without the comforting hand of a loved one and a family farewell.

All the enforcers of these rules were following orders.

All were morally wrong.

During this period many have lost sight of their humanity and their decency. One may only hope, if this ever ends, some at least will be rightly ashamed of their behaviour. If this does not end, we face a future peopled by malicious busybodies encouraged to pry ever further into our personal lives with increasingly malign consequences for those who refuse to comply.

Welcome to your terribly and terrifyingly new normal.