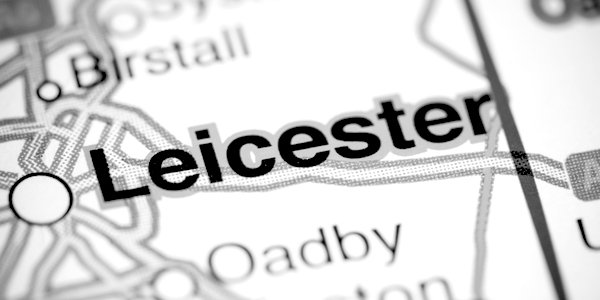 LAST week in TCW I asked whether the government’s decision to keep Leicester locked down was justified. A week later exactly why this city was singled out for punishment remains a mystery.

The official reason given for this surprising decision was that concerns about Leicester that had not been made public led the government to send in mobile Covid-19 testing units. The result of this increased testing was data suggesting an increase in the infection rate of sufficient worry, the Government maintained, to justify further restrictions.

A rate of 141 per 100,000 was reported, supposedly three times the next highest area, though how this could be established in the absence of comparable area data is not clear.

Of the total UK covid-19 related deaths to date of 44,517, only 420 are Leicester ones, making the city’s death rate consistent with its population, and not particularly high compared with other areas.**

Leicester has had higher rates previously, but like the rest of the country, this had been going down. The current figures are low, certainly not justifying Leicester being singled out to be the only part of the UK which has had a local lockdown imposed.

As to the question of how many of those who tested positive for Covid-19 (in a test that is far from foolproof) had no symptoms, Mail on Sunday columnist Peter Hitchens put it to the Government. He reported on Sunday that they could not tell him.

The announcement had come as a shock to the businesses and people of Leicester as they prepared joyfully to return to some normality. All three of the city’s MPs supported the lockdown rather than question it or seek alternatives. It seemed that no one in authority was speaking up for the people of Leicester, the vast majority of whom had been as compliant with government restrictions as the rest of the country. Yet roadblocks and police checks of trains in and out of Leicester were reported.

Speculation continued about who or what was supposed to have caused the apparent rise in covid-19 cases, mainly focusing on the ethnic minority communities of East Leicester. The increased cases were reported to have involved some of those working in the hosiery manufacturing industry.

It was an open secret in Leicester that many of its 1,500 textile factories, most employing 50 to 100, and a small number of food processing plants had continued to operate from the start of the UK-wide lockdown. Indeed a number of owners say they will continue to defy the lockdown as they have to complete orders to survive.

This, according to Manzoor Moghal, chairman of the Leicester Muslim Forum, is ‘exactly why Leicester had to go back into lockdown’. His indictment in the Mail on Sunday pointed the finger at sweatshop factories, a failure to social distance and even a fatalistic attitude to death.

To the work conditions he revealed as ‘cramped, unhygienic places at the best of times’, he added: ‘It is not particularly unusual to find 20 people living in a three-bedroom, one-bathroom house.’ None of which is conducive to good health.

Health Secretary Matt Hancock appeared to agree with this Covid diagnosis, saying he had ‘quite significant concerns’ about Leicester’s clothing factories.

Yet notwithstanding the urgency of these 19th century-style social conditions, according to Leicester City Council there is no concrete evidence that these had increased the Covid-19 related infection rate in Leicester.

Deputy mayor Adam Clarke insists they have been told by Public Health England that they have found no evidence to suggest the rise in coronavirus cases in the city is linked to the industry.

HSE (Health and Safety Executive) inspectors are reported to have visited ten factory sites in Leicester, but no notices have been served and no businesses shut down. Just one firm has been ordered to ‘take action to protect its staff from coronavirus’, but there is no evidence of any cases there.

Quite separately a whistleblowing doctor at University Hospitals Leicester NHS Trust, writing on Toby Young’s Lockdown Sceptics website, also insists that the conclusion that the politicians and PHE have drawn is wrong. He says there is no evidence of any increase in the rate of infection in Leicester based on Pillar 1 data, which are the tests administered to inpatients by hospital staff.

This doctor maintains that the alleged cause of the local lockdown is the Pillar 2 numbers, the community tests outsourced to private companies, which are suspect for many reasons. In any event, he says, the average age of the new cases is 39, at which there is a near-zero risk of dying from Covid-19. He concludes: ‘We have locked down based on unreliable test results which may contain multiple positives for one person, all accompanied by a falling rate of hospital admissions and deaths.’

So, as I asked last week, what exactly is the point of this lockdown, unless as the anonymous doctor suggests, it is a tool of control or some sort of experiment to disguise the truth that was never a need for lockdown in the first place.

If it is about maintaining a climate of fear then this would be contrary to what many organisations want – they are pleading with the government to tone it down so that people are less frightened of returning to normal.

Meanwhile the data is increasingly clear: the bulk of Covid-19 serious cases have occurred in places like care homes, hospitals and other cramped working areas  which affect the poor and  certain ethnic minority communities to a much greater extent than the more affluent middle classes. The already unhealthy are the most vulnerable.

What the government should be focusing on now is improving the public’s general standard of health and getting children back to school – the best route out of poverty. It also includes tackling serious issues such as obesity and diabetes, two conditions which make people much more vulnerable to Covid-19, and indeed to many viruses, and which are common in Leicester.

The Leicester charade needs to be ended without further delay. The government must not be allowed to claim success in two weeks’ time for a lockdown intervention if cases decline naturally.