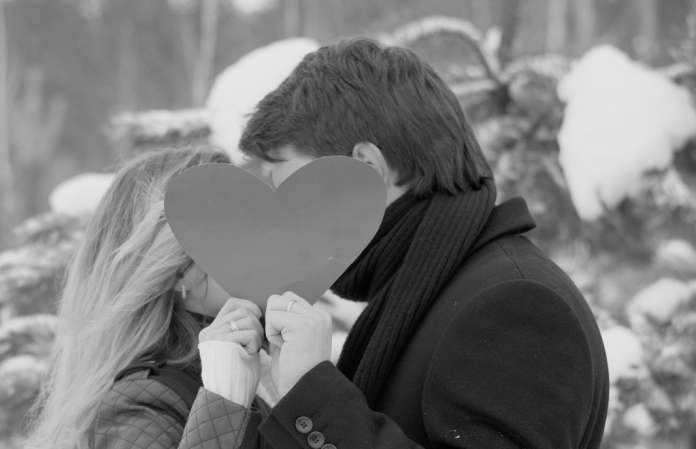 Reality TV is a favoured form of escapism for me. Recently I watched an episode of Channel Four’s First Dates. A young woman, attractive and intelligent, had dinner with a man who seemed pleasant enough. But I did not hear him speak as she monopolised the entire conversation by boasting about her degree in environmentalism and hectored him, without pause, on global warming and green energy. She treated the entire date as an opportunity to virtue-signal. The poor man sat there with a puzzled look on his face. Unsurprisingly he did not want to see her again.

I felt sorry for her. Here was a decent woman who desperately wanted to meet a good man. But she had fallen for destructive feminism to such an extent that the only way she knew how to communicate with the opposite sex was to lecture on politically correct dogma. How many more young women have been indoctrinated by this insidious form of cultural Marxism at schools and universities?

Feminism is redundant and outdated. Western women have equal rights and opportunities which their sisters in the rest of the world can only dream of. Consequently, feminists are suffering from boredom and wilful blindness. In the race to qualify as the most victimised ‘minority’, feminists declare Western men to be the root of all evil. They scold men about mythical pay gaps but ignore the real oppression of women, like FGM, honour killings and arranged marriages.

My generation of women, and the one after us, has been corrupted by the feminist adage that women are superior and men are harmful. For too long I bought into this feminist rubbish as I entered into numerous relationships with unsuitable men. Feminism declared that it did not matter what type of man I dated as they were all useless anyway. Unsurprisingly, I had some spectacularly bad relationships. I dated men who did not work – I thought I could financially support them on my minuscule salary. I fell in love with men who cheated, and excused their appalling behaviour by believing I was a modern woman who could tolerate all lifestyles.

But I was saved by realising early on that men are human beings too, and just like there are good and bad women, there are good and bad men. My anthropological training taught me that relationships between men and women should be symbiotically beneficial. Despite feminists trying to tell us that women do not need men, our biological instincts to pair up, coupled with our tribal desire to form a bond which enables us to mutually reciprocate from each other, are innate in all of us.

I did not fall into the trap of hating men after each disastrous relationship ended. I took full responsibility for my pitiful choices and so escaped feminist-induced bitterness. Some women, with their woeful picks of unsuitable mates, end up blaming men and not themselves for their poor judgement. This undoubtedly leads to the ubiquitous man-hate preached by feminists.

After four marriage proposals and two broken engagements, which is not as glamorous as it sounds, but rather emotionally crushing, I stumbled across the sweetest and most intelligent man I have ever met. I was unbelievingly lucky to marry him. He is the epitome of a true British male. A man from working class roots who went to public school on a scholarship. He loves his West Ham football team and classical music in equal measure. This kind man is my best friend who I laugh and chat with on a myriad of subjects. Together we navigate the tricky terrain of life and help each other fulfil our potential. I know there are many men out there like him, but some are sadly subjected to a marriage of criticism and harassment – all in the name of feminism.

When I first emigrated to the UK, I was initially shocked by how many British women were so scathing about their husbands. A few weeks before my wedding I started a new job. Every day a bunch of mainly middle-aged women gathered to munch their sandwiches and swap stories about how awful their husbands were. Their chests puffed out with pride when they garnered the most gasps of exasperation while recounting their husbands’ perceived flaws. I sat there quietly, wondering how the people they are supposed to love the most in the world would feel if they heard their wives insult and mock them publicly. I would never hurt my husband like this. But feminism has taught women publicly to wear their grievances against men like a badge of honour.

Although I have now lived in the UK for many years, I still find it distressing when women do this. A few months ago I went to a dinner party. I was discussing an interesting article with another woman, a doctor in her 30s. Her husband, also a doctor, was sitting next to me. She exclaimed: ‘Don’t mention this to my husband. He won’t understand it. He is quite thick you know’. She had known me for only ten minutes yet thought it appropriate to disparage her husband to a stranger and in earshot of him. This cruel denigration of men to other women, and sometimes in front of them, is a despicable way to treat another human being.

Feminists believe that men are in a conspiracy to subjugate and abuse women. Their battle plan is to polarise and conquer men in any way they can. This transforms women into vicious and heartless fascists – qualities they are all too happy to project onto men. What a dreadful philosophy to have.

I fear it may be too late for that misguided woman on First Dates and her compatriots. Feminism is destroying lives by turning girls into shrill narcissists and boys into the neglected repressed. The sooner our children realise that feminist ideology is counter-productive, the happier their lives will be.