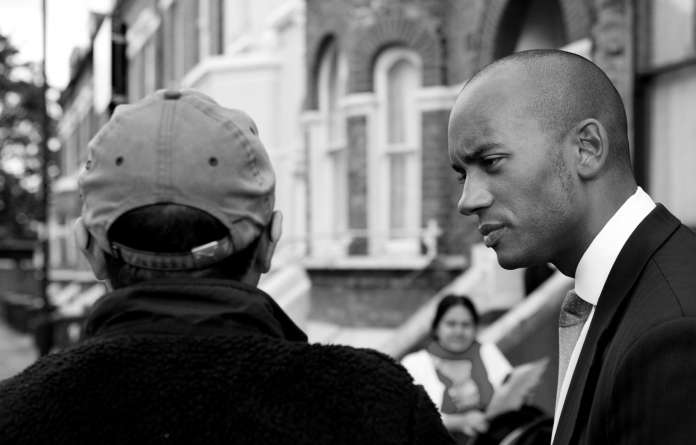 Several years ago, I told my husband not to mention to his work colleagues that he has a Jewish wife. I was, and still am, concerned with growing anti-Semitism in the UK and thought this might affect his chances of promotion. My husband said I was being over-cautious, but my concerns were proved correct a few days later when one of his work friends told a disgusting anti-Semitic joke. I have no doubt that this joker is now a card carrying, Red Flag singing, Jew hating member of the Labour Party.

On Sunday, the cross-party Home Affairs Select Committee published its report on anti-Semitism. I welcome the findings and the strong condemnation of anti-Semitism in the Labour Party, but it is too late. Labour has attracted far too many Jew haters, conspiracy theorists and Islamists for it to be cured of its anti-Semitic virus. The very fact that the Israeli ambassador, Mark Regev, needed bodyguards to accompany him to the sparse Labour Friends of Israel meeting at the Labour Party Conference shows that Labour is no longer safe for Jews. I doubt bodyguards were needed when Regev attended the very supportive and oversubscribed meeting of the Conservative Friends of Israel Party Conference reception a week later.

During the Labour conference, Jackie Walker, a Momentum stooge, sanctimoniously stated that she has not found a definition of anti-Semitism that works for her. In keeping with current Labour tradition to mention Hitler and the Holocaust whenever Jews are on the agenda, Walker pontificated an outrageous slander against the Jewish community by questioning why Holocaust Memorial Day did not include other genocides. If only she had managed to force herself to attend a HMD event, she would have seen that all genocides are commemorated. Walker and the outcry against her subsequent suspension is symbolic of the issues facing the Labour Party. In their rush to win the award of best Jew hater in the Labour Party, these anti-Semites fail to grasp just how evil it is to slur the memory of six million Jews who were murdered in the most appalling way.

There are suspicions that Labour has allowed for this culture of Jew and Israel hatred to flourish among their members as a ploy to attract Muslim voters. But this will backfire on them. A growing number of moderate Muslims view anti-Semitism, as well as Labour’s pandering to Islamists, with distaste and know that hatred and persecution of a minority group is easily transferable. And with the cranks and agitators which Labour attracts, it won’t be long before they will have to start apologising for anti-Muslim behaviour as well.

Jeremy Corbyn can drone on as much as he likes about Cable Street and racism, but he is a fraud. His willing associations with anti-Semitic organisations, like Stop the War and the Palestinian Solidarity Committee, negate his protestations of innocence. But it is not only Corbyn and his cronies who are guilty. The BBC, unions and our educators feed the public a steady diet of Israel hate and pander to Islamist fascists. Publications like the Guardian and Independent contribute to anti-Semitism with their relentless negative coverage of Israel. Other political parties, like the SNP, Green Party and Liberal Democrats also allow anti-Semitism to flourish among their members, especially under the false doctrine of anti-Zionism.

Those who keep on electing witless idiots like Corbyn, Diane Abbott and John McDonnell as their MPs share blame too. I am concerned that a cohort of voters see nothing wrong with electing anti-Semites into political office. Jew hatred is now so entrenched in our discourse that there is no shame in it anymore. I fear we are caught in an endless loop of anti-Semitic behaviour, which no amount of protestations and suspensions, courtesy of the Labour Party, or Parliamentary committees, will remedy.

The rhetoric against Israel, and its associated anti-Semitism, is so entrenched that even the writers of this report, despite their good intentions, fell victim to it:

These wordings conflate a comparison between Israel – a thriving democracy – with theocratic Islamic regimes and this is grossly unfair. But it is not as bad as the actions by one of the committee members on the same day the report was released:

The report contains the following statement:

Chuka Umunna, the Labour MP, sat on this committee and signed off the report, but deliberately slandered Israel on social media. On his Facebook page, where he has almost 50,000 followers, Umunna changed ‘liberal democracies’ to ‘autocratic nations and dictatorships’:

By changing the wording to associate Israel with dictators and fascists, he is just as guilty as Corbyn who recently conflated Israel with Isis. Umunna discredits himself and the Labour Party even further with this lie and deliberate distortion. Is Umunna another Shami Chakrabarti who forgets decency whenever Jews are concerned and discredits good work by sly and unethical behaviour?

Umunna has damaged the reputation of this committee by stupid pandering to Jew haters. His deliberate change of wordings to reflect Israel in a bad light does not surprise me. It is in keeping with the culture of anti-Semitism within his Party. Labour can admonish and suspend all they want, but there will always be another anti-Semite eager to brandish their Jew hatred as a badge of honour. This is further compounded by Labour members who will see any suspensions as part of a ‘Zionist conspiracy’, believe that Jews run the world and are happily bringing Holocaust revisionism back into vogue.

No matter how many reports are published, policies put into place and outrage expressed, the poison of anti-Semitism will continue to spread. The only principled action left is for Labour to split and form another party which reflects their historical values. Although I strongly suggest they do not extend an invitation to Umunna.