NewsPaperthe art of publishing
HomeNewsKaren Harradine: Obsession with victimhood will be the downfall of the West
10

Karen Harradine: Obsession with victimhood will be the downfall of the West 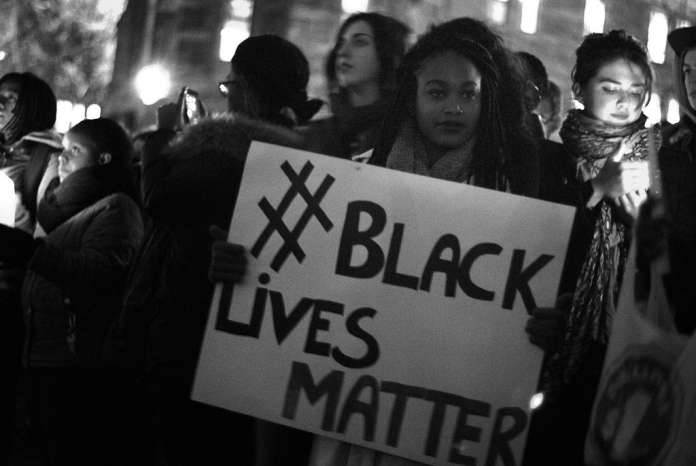 Human beings are tribal by nature. We are communal beings who find safety in numbers. We learnt from our ancestors to identify the characteristics of our own tribes and claim these as part of ourselves. As societies changed so did our means to identify ourselves. We shifted from basic definitions of identity to more complex ones. This progression is epitomised by the focus on individualism and multiple forms of identity in contemporary Western society.

This desire  to create identity is also part of our highest need to become fully self-actualised. If we do not know who we are, it becomes difficult to fulfil our true potential. The psychologist, Abraham Maslow, created a theory called the hierarchy of needs. Although this theory has its critics and limitations, it can be useful as a broad explanation for how our needs shape the societies we live in. A simple understanding of this theory is that we prioritise one form of need before moving onto the next. Our most basic need is Physiological, followed by Safety, Love/Belonging, Esteem and Self-Actualisation.

It is a complement to Western society that the majority of us have certainly navigated past the first four levels. As we are more healthy and wealthy than ever before, most of us no longer need to focus on our basic survival needs. We have the time and freedom to create the upper level of need – to self-actualise, fulfil our potential and create a better society.

But human beings also are driven by ego. The ego is a psychological mechanism which commands us to do what is necessary to stay alive. It influences our most basic needs, such as eating, to more complex desires, like the pursuit of power. The ego makes us selfish and instructs us to pursue our own interests, sometimes to the detriment of others. Our egos clarify our wants and desires and therefore should be an ideal companion to our hierarchy of needs. But the frenetic focus on individualisation in the West has created some very developed egos, particularly among millennials. The inclusion of such powerful egos into the highest form of need has resulted in an ugly and contorted form of self-actualisation. The current state of identity politics in the West is perfectly symbolic of this mishap.

Our ancestors identified themselves as belonging to a sex, family and tribe.  In our pursuit to accomplish our highest needs we have invented new categories and terminologies for physical, spiritual, sexual, intellectual and financial identities. We have become obsessed with describing ourselves and finding new forms of identities to connect with. Instead of scrabbling around to find shelter against wild animals, we amuse ourselves by deciding whose identity is the most important and virtuous. We have created a hierarchy of victimhood to accompany our hierarchy of needs. And those who shout the loudest decide whose identity is the most victimised. They strut around like peacocks, identifying with various so-called victim groups and squealing racism each time one of their victim identities are perceived to be slighted.

A mixture of complacency and fear in the West has allowed for the morphing together of identity with victimhood. The result is a parody of self-actualisation. Our children should be told about values which forge a successful and thriving society. Instead they are being taught that playing the victim will achieve money and fame. This fixation with identity politics, and its accompanying victimhood, are shaping our society into a cesspool of narcissism and self-hatred. Millennials, and even older members of our society who should know better, compete with each other to claim ultimate victim status. We are focusing on what makes us weak instead of strong and this will be the downfall of the West.

One of the major influences of victimhood identity politics is money. The higher up the hierarchy a victim group claims to be the more money it seems to attract. Black Lives Matter (BLM) is a perfect example of this. Part of their funding comes from the very suspect billionaire George Soros. BLM began as a protest movement against racism and the unjust killings of black men and women by police in the US. It should be a faultless ideal of a self-actualisation movement where people seek to help others. But BLM has aligned self- actualisation with victimhood. The result is a shrill collective which is racist and anti-Semitic. Where money, ego, identity politics and victimhood combine all is never what it seems.

Their UK offshoot is a joke. Last week BLM disrupted hard working British families on their way to well-earned holidays. Do these twits really think they are in Alabama circa 1963? Perhaps they don’t realise they are living in one of the most tolerant countries on earth, where racism is frowned upon and racial equality is enshrined in law. Police brutality, which is a disgrace in the US, barely occurs here.

Another example of the merging of identity politics with victimhood is the ridiculous number of terms used to describe sexual preferences, which have suddenly become part of our discourse. Why do we listen to spoilt narcissists who insist we are ‘transphobic’ if we do not use invented words like ‘cis-gendered’ to denote the sex we are biologically born with? Is male or female too plain and not loaded with enough special identity attributes? Instead of obsessively insisting we use ridiculous terms like ‘transgendered’ and ‘non-binary’ perhaps Millennials should protest against real issues, like the teenager in Iran who was recently hung for being gay. I suspect their muscular egos and sense of victimhood prevents them from doing so. We must have reached some sort of collective and twisted peak self-actualisation in the West if our form of perceived transphobia takes place around the ludicrous hyperbole of sexual preferences, rather than the hanging of gay men from cranes.

Identity politics is really a form of competitive grievances. Accompanying victimhood identities are the clarion calls of Islamophobia, transphobia and racism. This rhetoric is now so over-used that it has lost all meaning. We are held hostage by professional victims. Our freedom of speech is being taken away from us in favour of victimhood and identity politics. It is imperative for Theresa May and her Government to act now to repeal this. No matter how distasteful racist jokes and insults are those that make them should never be lawfully prosecuted to satiate those who claim victimhood identities. Our police are better spent protecting us from maniacal terrorists than policing Twitter.

Perhaps we need to re-focus onto less ego-driven needs, such as love and family. None of us want to be in state of being where we battle to meet our most basic needs. Most of us in the West are lucky that we have the health, time and wealth to accomplish our higher needs. However, something has gone drastically wrong in our pursuit of self-actualisation. Instead of being happy and harmonious the West has become a fear-filled, narcissistic and unpleasant place to live in. The West needs to take a step back and rebuild. Otherwise it will eat itself.