NewsPaperthe art of publishing
HomeNewsKate strikes a blow for motherhood
21

Kate strikes a blow for motherhood 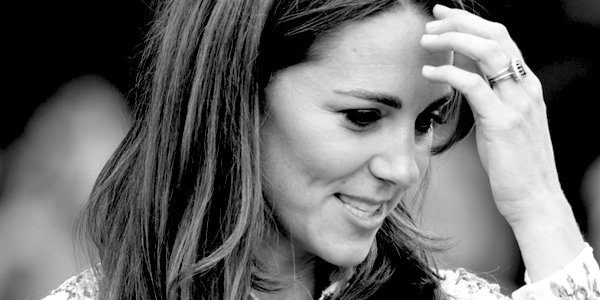 THERE was uproar the other day when the Duchess of Cambridge failed to attend an event alongside her husband, Prince William. It was an eleventh-hour decision not to be with him at the Tusk Conservation Awards: she was present earlier in the day to meet those involved. Her excuse was made by Kensington Palace: simply ‘the children’.

It has been a turbulent week or so for the Royal Family. We’ve not heard much from the Duke of York but plenty about him since his calamitous Newsnight interview with Emily Maitlis. After several charities and businesses turned their back on him and his initiative Pitch@Palace, the death knell of his life as he knew it came late on Friday when the Queen decided to take back, hence in effect dissolving, the Buckingham Palace office her second son called his own.

The rumours swirled viciously on Friday morning when Kate, admirable in her role as the compassionate, family-orientated Duchess of Cambridge, was a conspicuous absentee at the awards ceremony. Have the pair fallen out, the papers wondered? Had someone fallen ill?

Instead of laying yet more blame at the door of Prince Andrew, though, we ought to try to understand why these rumours have emerged (and it’s not just because we’re nosy). The vague excuse of ‘the children’ left everyone concluding that the Duchess got caught out and did not have a babysitter, and that in turn has led to the inevitable questioning over how a woman of privilege such as Kate could have succumbed to this fairly resolvable issue. I am no duchess, and certainly am not regularly expected anywhere as glamorous as the event she skipped, but having come unstuck over this problem myself – either that a babysitter has cancelled, fallen ill, or when I simply realised that the children needed me and no other care would do – I can empathise with this. But while this has happened to nearly all of us in one way or another, it has become palpably unpopular to admit that, at times, children have to come before everything else, and there isn’t always a convenient solution.

There might be something in the fact that women are on the whole having their children later, meaning that a baby’s arrival may be at odds with the active social life someone might be accustomed to enjoying, whether with friends or for work. But there is something else. As parents today, we are hugely spoilt. We have become so used to the fortress-like insulation of the endless options of childcare on offer that we assume there’s always a simple fix for all jams involving children.

Also, unlike generations before us, young parents are particularly fond of public displays of tactile parenting, and Instagram is this type of parent’s playground. At the end of a weekend, it is awash with saccharine snaps from idyllic retreats, one family outdoing the other on places visited, ice creams eaten, and so on. Edited out, however, are the many real pitfalls that come with the immeasurable responsibility of being a parent. Instagram doesn’t document, for example, the boredom, repetition, frustration, anger and other emotions that sometimes take precedence over every other happy one, despite love underpinning it all. There is a reason why so many full-time mothers emerge from that long tunnel of love and exhaustion feeling hugely fulfilled, but faintly anonymous.

Since her absence, articles have attempted to weigh up the childcare the Duchess of Cambridge has for her family. She and Prince William hired their long-standing Norland nanny, Maria Borrallo, when Prince George was eight months. They are considered to have broken with royal tradition by having only the one nanny for their three children and attempting the daily school run for themselves. Living in the goldfish bowl that they do, their family set-up is rather different from the average one, but regardless of this, the entire situation is reflective of the way people assume these days that if you have children, you must have worked out a childcare plan. Peers tend to express concern and worry if it seems you’ve decided to defy convention and go it largely alone, as though you’re either some local hero or total lunatic. Managing on your own is such a rarity these days, but what did all the mothers do before us when they didn’t have access to the Bubble App (think Uber but for nannies, hireable at the drop of a hat from your phone) and 364-day-a-year wraparound nurseries?

From what we can assume from the facts given to us, the one much-depended-upon nanny was out of action for whatever reason and William and Kate took the decision that no one else would do. It is all hypothetical, of course, but if so it is to be admired, not mocked, that these parents decided to sacrifice something to prioritise the secure continuity for their children.

The truth is, if Kate’s absence the other evening really was due to the fact that she was left without a babysitter, she has done all mothers a good turn. Quite simply, she was needed at home and for that evening, public duty came second. Whether you’re the kind of mum who strapped your newborn to your chest and carried on hosting raucous dinner parties regardless, or overnight became a spokesman for attachment parenting, we all have to accept that becoming a parent changes you and the way you make your decisions. Sometimes, yes, the children take total precedence and as a parent, you don’t always get to go to the ball. It is high time we accepted that that is perfectly OK.