NewsPaperthe art of publishing
HomeKathy GyngellKathy Gyngell: According to the BBC, Brussels outrage is all our fault
23

Kathy Gyngell: According to the BBC, Brussels outrage is all our fault 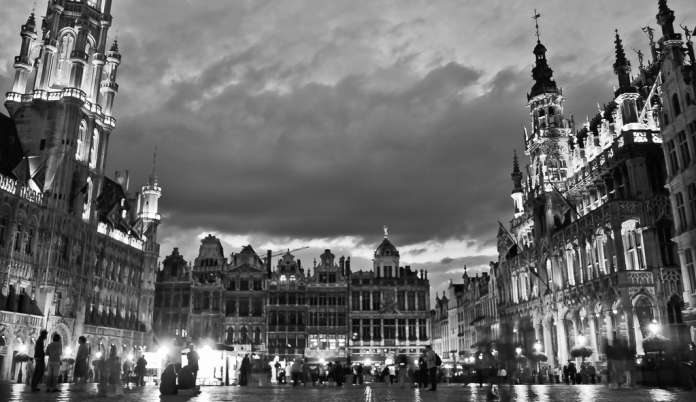 Have we, members of modern western society, gone soft in the head? Is our ability to see real and present danger and to protect ourselves mortally compromised?

These are the thoughts I’ve had since Tuesday’s outrage and carnage in Brussels at the hands of so-called Islamic State jihadists hit the news.

Like expert commentator Douglas Murray, I waited for the ‘standard’ pattern of response to such events.

By the time I had finished listening to the BBC’s Today programme the next morning, his predictions had all come true – plus one of my own, the ‘we are to blame’ meme.

This ‘prism’ through which the BBC views such atrocious events was in place from the start of the programme. The sentimentalists both in the person of the BBC reporters and their chosen political pundits did not take long to get going.

Soon we learnt of The Guardian’s disapproval of the French Prime Minister’s description of the bombing as ‘an act of war’. How irresponsible  to place “unnecessary strains on European social cohesion and democratic fabric.” Excuse me? Isn’t the unnecessary strain caused by the bombers?

No of course not. Not to The Guardian or the BBC. According to these guiding gods of our thinking, we’ll have to come to terms with living with violence unless we repent the error of our ways – and there is a long list of them.

Dr Peter Neumann of the International Centre for the Study of Radicalisation set the scene by saying that, Belgium (not jihadists) had recruited the most foreign fighters per capita in Europe, 6 times higher than the UK.

The meme of blame (ours of course) had started. Parts of Brussels have been effectively abandoned by the (bad) State we are told, not that the State has lost control of what have become No Go areas as once in Northern Ireland.

But don’t worry. The BBC fielded all those who believe that love will conquer all. ‘Je suis Brussels’ gesture politics were fully and sympathetically reported, including those of the UK’s own EU ambassador, Lord Jonathan (sentimental) Hill. His was to walk through the streets last night and not to take a car! He could see people happy in the cafes – life was going on – the terrorists had not won. Small gestures can help you see, he said. Wonderful.

Not so wonderful for the so soon forgotten real victims at the airport or on the Metro.

But never mind them, what was brilliant about the peace and love protestors in the main square was that there was no message of hate anywhere, just love:

“It’s very simple to say that all we need is love, but yes that is actually right”, one lady declared.

The BBC reporter eagerly latched onto the ‘we are more angry than afraid – but we have no one to be angry at’ idea.  And “…this is a strange phenomenon happening these past few years and we don’t know what it is” provided his cue for Asthma (who starred again this morning on the Today programme) a resident of Molenbeek and former friend of one of the Paris bombers, to enter this philosophical debate:

“He was a normal person, he was a kind person (she said of the terrorist arrested two days ago)… We are living here not by choice but by the societal facts..”

Ah well – that excuses everything doesn’t it? You are poor, so turning to to violence is understandable?

So when did this (lovely) kid change? the reporter queried. Ah. Of course. “When he went to jail for a small criminal act,… and there were no social workers or psychologsts to help him …”

Our fault you see. And Belgium’s wicked imperial history (Douglas – you were prescient!)

Common to the various apologists fielded by the BBC was a collective amnesia regarding the refuge Western European countries have provided migrants and asylum seekers from all over the Middle East and Africa over the last century – and the massive provision for their welfare by way of work, housing, schooling, heath and education.

But forget that. In the exploitative West there is no remnant Christian charity built into our polities – for we are rotten to the core – and now we have to accept that we will be blown up for our sins.

And woe betide the Nigel Farages of this world, who have the temerity to say that visa-free borders are a threat to security.

And never ever suggest, as Donald Trump did, that British Muslims might not be reporting suspects.

‘He is wrong!’ the terrified Deputy Assistant Commissioner of Police, Neil Basu could not wait to assert. Demonising that section of the community is the worst thing you can do, he went on.

Hate crimes are bound to follow any such suggestion – so it can’t even be discussed seemed to be verdict.  Anyway, you’d be advised not to say a word, because one thing he was very clear about  was that his commanders are on the look out for them and perpetrators will be dealt with forcefully.

Forcefully, interestingly, was not a word he used when it came to the Met’s approach to the terrorists themselves or those who harbour them.

Share
Facebook
Twitter
WhatsApp
Email
Previous articleTamara Chabe: The more a man washes up, the more likely he is to divorce you
Next articleLeslie Loftis’s America Watch: OK, you are right. Yanks are nuts