Kathy Gyngell: Britain languishes in a security wilderness. Can Rory Stewart be our Churchill? 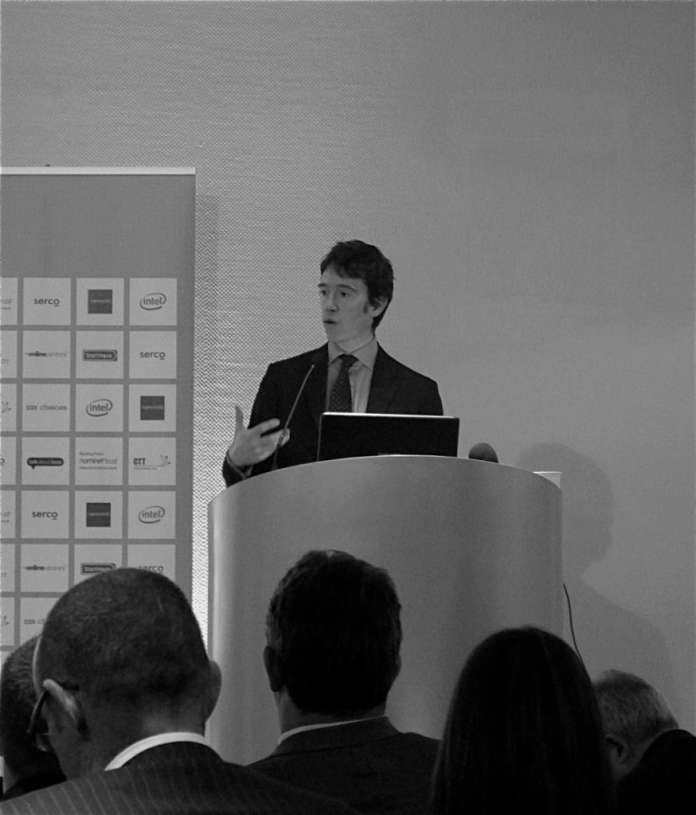 Minnows and pygmies is how I would describe our current generation of politicians, bar one or two.

This is the political class who fail to heed the warnings of MEP Daniel Hannan with regard to our disastrous membership of the EU.

There is one other politician they ignore at our peril.  He  is another  exception to the rule of not seeing beyond the politics of the parochial.  He is a politician with an unusually  masterly grasp of his subject – foreign policy, defence and security.

His name is Rory Stewart and he has been the Conservative Member of Parliament for Penrith and the Border since 2010. He is chairman of the Defence Select Committee and as an academic, author and former diplomat – a senior coalition official in occupied Iraq in 2003-4 – is the nearest to a polymath politician that we have.

Last Thursday, he delivered the Centre for Policy Studies Ruttenberg Lecture. His focus was on British foreign and defence policy and his theme was ‘From Engagement to Isolation’.

He apologised in advance that he would have to temper his comments because he was speaking in an election period.  That said, he took no prisoners. He needs to be taken very seriously. Here is my précis of his warning.

We are coming to the end of twenty years of an interventionist foreign policy and ending it in despair. But  that does not mean we should pack up shop. The idea that what are new and concurrent threats to our security are not really threats and therefore do not matter is deeply misconceived. But this appears to be  the wishful thinking behind current policy. A  government that thinks this way avoids the need for a strategic response or commitment to a plan of action.  Yet the truth is that the world is more dangerous and unstable than at any time since the end of the Cold War.

Minimisation of the international threats to our security may be politically convenient but it is short term and dangerous. It ‘allows’ the quite disastrous running down our armed forces and weaponry to dangerously low levels.  It reflects the thinking of the Diane Abbotts of this world who are happy for us to be another Denmark, in terms of our place and role in the world. But it is wrong.

Current threats  to our security – from Russia to global Islamic extremism that has reached the shores of the Mediterranean – were not envisaged even 10 years ago, but that does not mean they are not very real threats.

You only have to look at Russia. Though not matching US defence spending, it still spends 100 billion dollars per annum on defence; it still has serious planes, ships and tanks; it still can mobilise 65,000 troops immediately.

What can we do in Britain? What is Britain’s defence policy given its Nato membership should Russia invade Nato members Latvia or Estonia?

Are carrying out exercises for a planned response? No. Today the Army  struggles to deploy a thousand soldiers on such a exercise. Back in 1986 we could field 68,000.

What we are succeeding in doing is not communicating any capability of a conventional response, let alone a nuclear one, and this will hardly impress Putin. Nor will Britain’s paper defence exercises.

But it is worse than that, Stewart continued. It is not just that we are down to 19 surface ships and for some years we won’t have aircraft on the carriers we are building.  Alarmingly  we do not  have operational intelligence  any longer – whether in Iraq, Ukraine or Syria. There is no British defence attaché who could give a proper sense of the probabilities of the Russians taking Mariupol is just one example.

We are failing to deal with unconventional threats too. The Islamic State is in control of an area as big as France and the UK combined, stretching from the shores of the Mediterranean to Pakistan. This new generation of foreign Islamic fighters to emerge has little to do with the theorising  of either the left or right.  It has little to do with social structures or social inequity; it does not seem to matter whether they hail from a theocracy or a democracy.  They come from all sorts of countries and backgrounds.

The biggest single reason for their emergence is the space that has been allowed them by the collapse of Western foreign policy and by our loss of doctrinal confidence.

That is our pressing problem. We have to rediscover our uniquely British genius, we have  to find a role and do it urgently and aggressively.  The world is getting more dangerous; we can’t short-change our defence, foreign policy and intelligence operations any longer. And they need to be coordinated once again.

Mr Stewart scathingly compared the £14 billion allocated to the Department for International Development (DFID) with the paltry the one billion pound budget for Foreign Office.  Nothing demonstrated more the urgency of  the need for the culture of the British Government to change.

At the end of the lecture, General Sir Mike Jackson, former Chief of the General Staff, stood up and endorsed all Mr Stewart had said. The election he feared, however, would pass without any debate of this at all.

How prescient he was. I arrived home in time to catch the superficial and inconsequential ‘Leaders Interviews’ on Sky – inconsequential that is to anyone other than the inwardly obsessed Westminster Village. No harassment of Miliband or Cameron about our pitiful and inadequate  commitment to defence, security and foreign policy.

This is the modern equivalent of Churchill’s Wilderness Years, I thought (before Parliament was bypassed by the media). Fed with secret inside information about the build up of German munitions, Churchill took to Parliament consistently to warn of the Nazi danger, even before the rise of Hitler.  Once Hitler came to power, he stepped up his attacks on Britain’s failure to rearm. Though his message was belittled, though the Government of the day fought him at every turn, he never gave up.

I hope Rory Stewart will do the same  – not give up – and continue to lay on the line our lack of security, never fearing the embarrassment he causes.